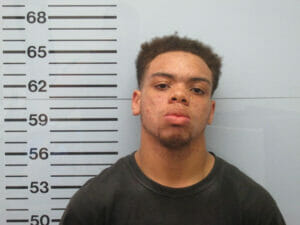 On Tuesday, April 5, the Oxford police department arrested Jarvis Carter (19 of Oxford) for burglary. On Tuesday, April 4, police officers responded to the Saddle Creek subdivision for a residential burglary. The resident reported that two laptops were stolen. Later on Tuesday night, the officers stopped Carter and then conducted a search of his car. During the search, they recovered two laptops. Investigators were able to identify the laptops in Carter’s possession as being the two stolen from Saddle Creek. Carter was arrested on scene and was later given a bond of $2,500.

Oxford Fire Department responded to the following call: a wreck at 2:02 a.m. but no extrication was needed at South 17th Street and East Jackson Avenue.