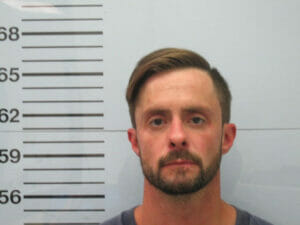 On February 25, Oxford police officers took a report of a residential burglary at Faulkner Flats that had already occurred. The victim was missing a firearm. Upon investigation, the officers found that Bryan Disangro (35 of Oxford) stole the firearm. On June 1, Disangro was arrested for Burglary – Breaking and Entering Dwelling House or Inner Door of Dwelling. Disangro was taken before Judge Mickey Avent for his Initial Appearance and his bond was set at $10,000.

Oxford Fire Department responded to the following calls:
Friday, June 3
Grease fire at 7:25 p.m. due to the resident leaving the apartment with a pot of grease on the stove at Campus Creek #6111C
Battery replacement at 7:49 p.m. due to the detector beeping at 1213 Azalea Cove
Water flow malfunction at 11:11 p.m. at Campus Creek, Building No. 5

Saturday, June 4
Cancelled call at 12:10 p.m. at Rooster’s
Smoke detector activation at 1:00 p.m. due to burned food in the kitchen at Country Club of Oxford
Smoke detector malfunction at 10:27 p.m. at Alpha Omicron Pi house