According to Oxford police department’s Major Jeff McCutchen, the police officers have arrested 11 juveniles over the last week for auto and house burglaries that took place between May 18, 2016 to June 9, 2016. The police officers also made three arrests for non-juveniles for various crimes all involving theft. 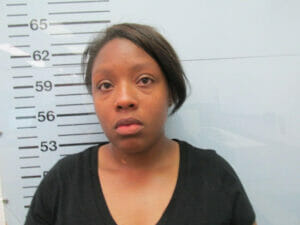 On Monday, June 23, Oxford police department investigators charged Tiffany Herron (20 of Oxford) with possession of stolen property. The police say Herron was involved in a private property wreck. When the officers investigated the wreck, they discovered her vehicle was reported stolen by the Memphis police department. During the wreck investigation, the officers found the car did not match the tag. They determined that the tag was switched from another car, and when the officers ran the VIN it cambe back as stolen. Herron said she got the car from someone in Memphis. The officers charged her with switching the tag in addition to possession of stolen property, and her bond was set at $15,000. 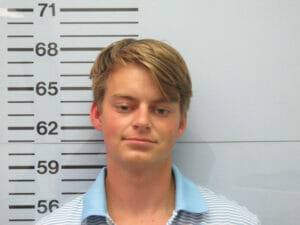 On June 9, Oxford police investigators arrested Samuel Peeler (19 of Oxford) with one count of Burglary of a Dwelling (97-17-23) involving an apartment in Highland Square. The investigators identified Peeler after the victims identified Peeler’s vehicle leaving the complex on the day of the burglary. All stolen property was returned. Peeler was booked and his bond is set at $5,000.

On June 13, Oxford police investigators arrested Darren Toles (19 of Oxford) who they linked to the Nottinghill house and auto burglary that the police made two previous arrests on. Toles was taken before a judge and given a bond of $10,000.

Oxford police investigated eight wrecks, issued 20 traffic citations and made nine arrests on the following charges:
(2) Shoplifting
(2) Public intoxication
(2) Possession of marijuana
Possession of drug paraphernalia
Suspended driver’s license and DUI
No driver’s license, no insurance and leaving the scene of an accident

Oxford Fire Department responded to the following calls:
Smoke detector malfunction at 8:05 a.m. at Turner Center
Stand by at 3:12 p.m. for the Electric Department due to power lines arcing on tree limbs at 216 Virginia Street
Lightening strike at 4:07 p.m. at 2224 Lee Loop but no fire
Smoke detector alert at 7:00 p.m. due to water leaking onto the detector at Oxford Health and Rehab