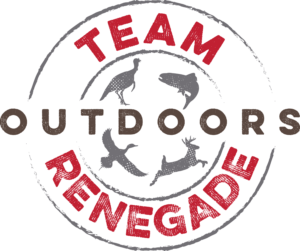 EDITOR’S NOTE: Beginning this Friday, HottyToddy.com and Team Renegade Outdoors have teamed up to feature hunting, fishing and game stories. Team Renegade Outdoors is comprised of individuals from all over the South who “eat, sleep, and breath the Gamekeeper lifestyle, always trying to better the habitat so the wildlife we love to pursue can thrive and be around for generations to come.” Today, McLane McGuire shares his love for fishing at Pickwick Lake.

There are many different styles of fishing in the summertime. Whether it be grabbling a box you sunk off a sand ledge in the Little Tallahatchie River, hanging limb lines, dropping jugs or dancing a top water lure over a grass flat as the sun’s going down. “Different strokes for different folks,” as I have always been told.

But the one way of fishing that has really hooked me by the lip and drug me back wanting more over the past few summers is at Pickwick Lake.

Pickwick Lake is a forty-eight-mile lake found at the north end of the Tennessee-Tombigbee Waterway which stretches forty-eight miles long. The lake actually splits three states and is known for its trophy catfish and smallmouth fishing. At some point, boaters could be on either Alabama, Mississippi or Tennessee waterways.

Growing up, I have always gone to Pickwick Lake with friends and family for Memorial Day weekend or to just get away for a vacation. But once I was able to drive, I began to fish in the lake more and more.

One time I actually got in a little bit of trouble with Mom and Dad for leaving in the middle of the night to go rent a room at Little Andy’s Motel, right next to the dam. But my explanation for doing such a thing was pretty understandable. My Dad thought so at least. I blame my renegade behavior on my father, actually because he was the one who got me started on fishing in Pickwick Lake in the first place. 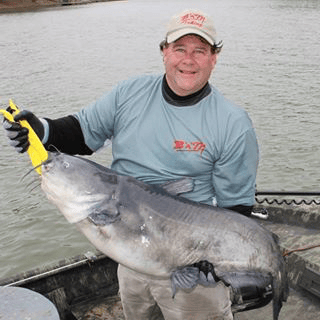 This time of year if you are to drive over Pickwick Lake Damn and you look over the ledge, river side of the dam, you will see 20-plus fishing boats right there below the dam stretching for a half mile or so. Some are throwing cast nets to try and score bait fish, and some are anchored out away from the raunchy four generators that constantly disturb the water. Other fishing boats drive straight up to the capsizing boils, toss out their lines and let the currents do the rest. But everyone is here to catch Striped Bass.

Most anglers who hunt for striped bass that lay below the Pickwick Dam have one important part of the day when they enjoy fishing. Some will wake up in the middle of the night and drive two hours (myself included) in order to make their first casts at daylight.

In this case, if the top water bite is on early in the morning, I always like to throw a white Cordell Pencil Popper with a red tip right out into the boil. Just be ready to hook a 12-pound striper that fights like a 40-pound monster. Maybe fish until lunch or so…just grab a bite at the Broken Spoke, and leave just in time before the summer heat sets in.

Others arrive on the water around 7:00 p.m. just as the summer heat is starting to break, all planning to return back home, showered and fed by 10:00 p.m. However, when the fish are biting, which happens more often than not, things do not always turn out as planned.

If you were to ask my father, his friend John Heard, or myself how many times we made it off the water before midnight those first few summers…you will hear the sound of crickets. This is usually when Mom is sitting at home in bed saying, “I know those generators shut off at 12 tonight, so they must be getting close.” But what Mom forgets to think about is how fun the late-night catfish bites can be.

It all makes sense if you think about it. These powerful generators finally calm down, the water is still and all of the injured fish from that day are trying to find a safe place to lay low. Then…in walks “Mr. Catfish.”

The water depth right next to the damn is usually around 30 feet. So, catching these lunkers isn’t too hard. I recommend sending a drop wait to the very bottom, bait your hook with a hand-sized Brim (which is legal in these waters), set your hook about four feet up allowing your bait to hover around 26 feet. Then you simply play the waiting game. On a good night, you are liable to catch five or so catfish anywhere from six to 15 pounds.

Everyone should give this trip to Pickwick Lake a try soon. Between the all day striper fights and the catfish fry you are likely to have, it is a hard trip to miss.

If you don’t have any access to a boat, and you get tired of fishing off of the rocks. Contact my friend Brian Barton at 256-412-0969 or send an email to brianbartonoutdoors@aol.com. He truly has it all figured out.

Swimming is prohibited in this area and a life jacket must be worn at all times while fishing between the public boat ramp and the damn. If you need to dive in, just float on down past the boat ramp where the current is not as bad. Be safe and good luck! 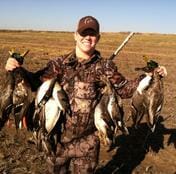 McLane McGuire started hunting as soon as he was old enough to go with his father and brother. They grew up duck hunting at their farm in Palestine, Arkansas. He could not have asked for a better place to learn the way of the woods and become an outdoorsman. Duck hunting was his first love. That is what he first started hunting. He got his first duck call in his Christmas stocking one year and has been perfecting the call ever since. Their family farm is in Saulsberry, TN, and this is where McLane really started getting into deer and turkey hunting. Thanks to his uncle Andy, he taught McLane everything there was to know about reading signs and tracking deer. He is now a student at the University of Mississippi and loves hunting the Mississippi Delta and surrounding areas doing what he loves.

He can be contacted at teamrenegadeoutdoors@gmail.com.