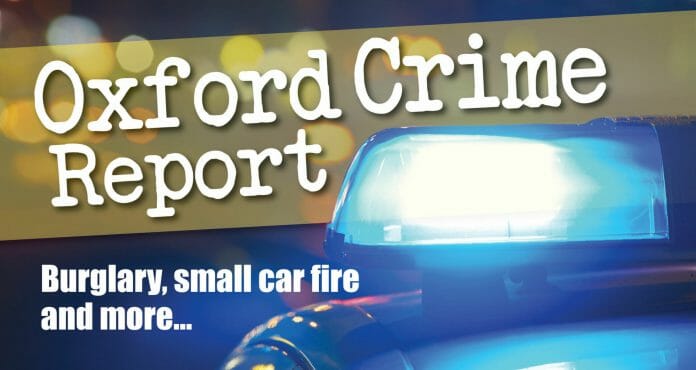 Lafayette Sheriff’s department made one arrest on the following charge of driving with a suspended license.

University police responded to the following incidents: three vehicle stops, a suspicious vehicle at Gertrude Ford Boulevard, a vehicle accident on Rebel Drive, and a moving violation per improper equipment with a suspended driver’s license.