RIP Mose Allison – A Look Back at His Legendary Career 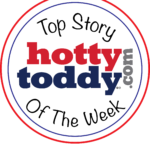 Celebrated blues musician Mose Allison passed away last night at the age of 89 at his home in Hilton Head, South Carolina. Allison attended Ole Miss and continued to come back to where it all began, frequently playing at Proud Larry’s as a stop during his illustrious career. Owner Scott Caradine has seen many musicians come through his restaurant, but none compared to Mose Allison.

“Of all the legendary musicians who have played at Proud Larry’s, especially the ones from Mississippi, he was the coolest,” Caradine said, “He was so charming and graceful; he truly epitomized Mississippi.”

Born in the Mississippi Delta near the village of Tippo, Allison grew up listening to Louis Armstrong, Duke Ellington and his favorite Nat Cole. The music he grew up on inspired him to begin writing music and developing his own style.

After attending Ole Miss for a year, Allison joined the Army in 1946. Joining the army didn’t stop Allison from pursuing his passion, as he played in the Army Band in Colorado Springs during his time in the armed forces. Upon returning to Ole Miss and a short stint with the dance band, Allison left to form his own trio with inspiration from Nat Cole, Louis Jordan, and Erroll Garner.

Working his way to the top in nightclubs across the country, Allison made it to New York City where he signed his first record deal with Prestige Records in 1957. Although he made it to the big city, he didn’t forget what got him there, as his first album Back Country Suite was dedicated to portraying his home back in the Mississippi Delta. The album was released to critical acclaim, and Allison continued to develop his legendary and authentic style.

Allison released 31 albums throughout his career and toured for 65 years before retiring in 2012. Allison’s songs have been covered by Van Morrison, John Mayall, The Who, The Clash, Eric Clapton, the Yardbirds, Elvis Costello and Bonnie Raitt over the years. Bill Wyman of the Rolling Stones has credited Allison as one of the major influences for the group. Allison traveled the world to share his passion for music and continued to return to his roots.

Allison was lucky to have what he called “a good pair across the country” meaning that he had a drummer and bass player anywhere he went. The term was originally used for mules but long time friend and drummer Tom Lonardo knew that coming from Allison it was a term of endearment. Lonardo began playing with Allison in 1989 and built a friendship that withstood the test of time.

“I loved him as a father and brother, in many ways he was both,” Lonardo said, “In times of need, I could always find an answer in his music.”

Working with Allison, Lonardo found that the man behind the music was as creative as anyone, and made sure he got the best out of his band to develop his unique style.

“He was such a straight shooter, but he said it with his own style. He was very innovative, loved creativity, and encouraged everyone to reach for new ground and push the limits of what they thought they could do,” Lonardo said “His compositions led you to the truth, whatever you were going through he was up there singing it. He was the one who could lead you out of the darkness with his music.”

The pair continued to talk even after Allison’s retirement about much more than music. Allison was a spiritual man and was fascinated by man’s place in the world and the universe.

“He was knowledgeable in so many different ways, he truly was the sage, whether it was about raising a family or life in general, he’d have the insight,” Lonardo said “He was also very spiritual in the sense that he wanted to identify our place in the universe, and his song ‘Hello There Universe’ really examines that relationship.”

Mose’s relationships extended beyond other musicians and the venues he played. Renowned photographer and Blues Hall of Fame inductee Dick Waterman shared his sentiments about Allison’s passing.

“He was an incredible influence on so many artists, and outside of music he really was the consument gentleman,” Waterman said.

Bill Ferris, founder of the University of Mississippi’s Center for the Study of Southern Culture and close friend of Mose’s, noted that Allison’s music connected listeners to his home in the Delta.

“Mose Allison was a truly great jazz artist who blended the sound of Mississippi Delta Blues into his performances.  Allison’s wry humor made his music ageless.  His familiar, beloved voice created an intimate, distinctly personal style in the jazz world.” Ferris said.

Bill Luckett, Mayor of Clarksdale, Mississippi, added that he will always remember Allison’s ability to capture an audience.

“Mose Allison was a virtuoso performer with just the right mix of blues and jazz.  He performed several years ago at Ground Zero Blues Club in Clarksdale and held the audience in rapt attention.  We will miss him!” Luckett said.

Allison and his wife Audre Mae married in 1952, and they raised four children while living on Long Island. Berry Ann Allison, Mose’s sister-in-law, knows that even though Mose traveled the world over the course of his career, that the Delta will always be home.

“My first thought is he followed his dream, and in addition to following his dream, he had a wonderful family. I think Tippo played a large part in him being able to follow his dream with the type of music and compositions that he composed throughout his career, but Tippo will always be his home.” Berry Ann said.

Mose Allison will not only be remembered as a renowned musician but as a friend and a family man. He touched so many lives with his music, and he will live on as his songs are passed down to a new generation. Allison’s name will be remembered with the great musicians of our time, not only for his music but the man that he was.

“I don’t know any musicians who don’t love Mose Allison. Like Ray Charles or the Staples Singers or the great blues and jazz artists who’ve stood the test of time, his appeal cuts across all musical boundaries.” Bonnie Raitt, ten-time Grammy winner said.

Allison’s son John knows that his father followed his passion, achieve his goals, and said simply of his father’s legacy.

“His was a life well-lived.”