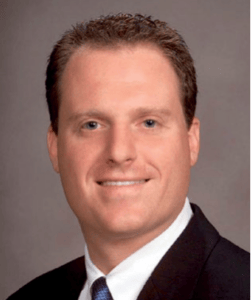 Kirk Purdom, vice president for advancement at Transylvania University and a University of Mississippi alumnus, has been named UM executive director of alumni affairs. Purdom will officially begin his new role on March 14.

Tim Walsh (BPA 83, MEd 91), who held the post since 2008, retired in March 2015. Sheila Dossett (BAEd 75), senior associate director of alumni affairs, has served as interim executive director since that time.

“We are delighted that Kirk and his family are coming home to Ole Miss,” Chancellor Jeff Vitter says. “He has established a solid record of success while serving universities in Tennessee and Kentucky, and we are excited to have him rejoin our team. The Ole Miss Alumni Association has been blessed with dedicated leadership for many years, and we look forward to its continued growth and prosperity for years to come.”

Purdom (BA 93) has served in his current role at Transylvania University since 2011. Previously, he was vice president for advancement at Kentucky Wesleyan College.

“I am extremely honored to be returning to Ole Miss and grateful for the opportunity to lead our Alumni Association,” Purdom says. “Ole Miss is a great institution with wonderful alumni, and the Alumni Association is blessed to have such a dedicated staff. With all the growth and excitement surrounding Ole Miss, I look forward to joining the team and to working with our board of directors as well as Chancellor Vitter and all our great volunteers.”

While at UM, Purdom played baseball for the Rebels and worked for several departments on campus from 1994 to 2001, including two years with the Alumni Association. His wife, Keilly (BBA 91), also played golf for the Rebels and served as head women’s golf coach from 1991 to 2001.

The Purdoms’ oldest daughter, Kie, is following in her parents’ footsteps as a freshman on the Ole Miss golf team. The Purdoms have two other daughters: Kara Beth, 12, and Kate, 16.

It is important for the new executive director to have a strong Ole Miss connection, says Eddie Maloney (BBA 72), Alumni Association president.

“After an almost yearlong nationwide search, we are happy to have Kirk as our new executive director,” Maloney says. “Our executive director reports directly to Chancellor Vitter, and I felt a strong Ole Miss background was necessary to keep our university moving in a positive direction with all of us working together. From the interview process, I believe Kirk can follow in the footsteps of his esteemed predecessors.”

Purdom becomes only the sixth director to lead the association. Prior to 1947, the highest position, alumni secretary, was elected annually.