The Oxford School Board has added an item to this Monday’s upcoming board meeting agenda related to working with University of Mississippi Winter Institute for Racial Reconciliation, named for former Governor William Winter.
The School Board Meeting is scheduled for Monday at 5 p.m. at the Oxford Middle School Lecture Center. The full agenda for the meeting can be seen in this PDF. Agenda 02-27-17
The program being discussed is the Winter Institute’s Welcome Table program, an addition to current training being offered to the district by the Institute, which would meet outside of school hours on a monthly basis to discuss issues of race and inclusion in the community. The item, which is a Memorandum of Understanding (MOU) linked here was previously on the January meeting’s agenda and was tabled for more discussion due to concern from members of the community.
The Winter Institute’s mission is as follows: “The William Winter Institute for Racial Reconciliation works in communities and classrooms, in Mississippi and beyond, to support a movement of racial equity and wholeness as a pathway to ending and transcending all division and discrimination based on difference.”

The Oxford School District was referred to the Winter Institute back in the fall by teachers and principals. Superintendent Brian Harvey listened to those suggestions and engaged in a series of discussions with the Institute. A proposal for one aspect of the program was submitted and approved by the school board in November 2016 and has been in use since then. See PDF link here: WinterInstituteProposal 2
The linked proposal outlined the Institute’s presence in the district beginning with the training of teachers in the Institute’s programs. Items included in the linked proposal include training of staff on Implicit Bias, Microaggressions, Stereotype Threat and Historical Context of Education and Mississippi. It also included information about the Welcome Table, about which the MOU in question is being considered.
Since then, there has been much more dialogue around the community and on social media related to the potential agreement. There are many in the community calling on the board to have a public hearing on the matter. Of course, the decision to conduct a public hearing would require a board vote, and the board does not meet until Monday.
Lee Habeeb, a local lawyer, and radio personality, has a child in the school system and has vocally objected the Winter Institue’s involvement in the School District.
“They’re training the teachers already without having told anyone. They’re teaching implicit bias like it’s a fact,” Habeeb said. “What’s my little girl supposed to do when they’re teaching about white privilege? Are they going to tell my daughter that she’s biased? They’re teaching social science like it’s E=mc2. They shouldn’t be in our schools. We should be teaching math, science and not this kind of stuff that causes division.”


The Welcome Table is a voluntary program separate from the training programs that have already taken place. Harvey hopes that the program can bridge the gap between people in the Oxford community.
“The Welcome Table option is a stand-alone program that the Winter Institute offers to communities, municipalities, and other groups who express an interest in racial reconciliation,” Harvey said. “We can’t make anybody do things outside of school hours, but it’s a way to get people together and talk to realize that we’re not as different as we may think,” Harvey said.
Certain personal social media posts from leaders of the Winter Institute have included language such as “racist, misogynistic, heterosexist, xenophobic,” to describe the culture in America. After seeing these posts, Habeeb sees hypocrisy in the Winter Institute’s message.
“They don’t understand how intolerant they really are. The Facebook posts reflect who they really are. They’re coming in as ideological people and saying there not. How can people who use this language come in and teach our children about tolerance. They put people in hate groups if they disagree with them,” Habeeb said. “They have every right to have their personal opinions online just like I do. The biggest difference is I’m not trying to gain access to our school systems.”
Harvey understands the concerns about these Facebook posts, but he sees the positives of these kinds of programs. Harvey would like to look past the posts in the effort of coming together.
“As a Superintendent, I have to be guarded about what I post on social media. That’s part of being a public figure,” Harvey said. “What people are concerned about is the posts they’ve seen hurting the credibility of the Winter Institute’s message. If individuals’ personal pages weren’t what they are, we wouldn’t be having this conversation, but [referencing the Welcome Table program] who can be against sitting down, talking with your neighbor, and trying to work through differences? I believe that’s what’s at the heart of the Winter Institute.” 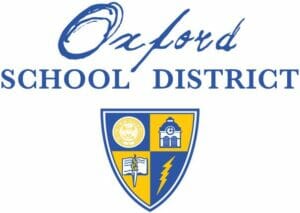 Harvey anticipates differing opinions being voiced and recognizes the importance of participation from the community.
“We speak through the board. That’s why we have public participation in every regularly scheduled board meeting. Involvement is good, and certainly, we want to be respectful of everyone’s viewpoint,” Harvey said. “Just because some may not agree with a certain issue doesn’t mean that it’s not valued, but it does mean there are differences of opinion. That is why we vote, and if someone is unhappy they absolutely have the right and responsibility to vote the way they feel is best for them, but it does mean people get their way all the time.”
Harvey pointed out that he cannot force members of the Winter Institue to attend a board meeting. Habeeb said has been pushing for a public forum on the issue for 12 weeks. If he is unsatisfied with the case presented by the board, he will call for another meeting and continue to request the involvement of the Winter Institute.
The board consists of five members and to pass, the MOU must receive three votes. HottyToddy.com reached out the Winter Institute, but is currently awaiting a response.