Lists are more popular than ever. People love lists. People love making lists, the most prevalent of which is the “bucket list,” a roster of to-do items before leaving this life for the next.

How about an eventually list?
It would be a list of things that will happen at some point, even if none of us is around.
Here’s mine, in no particular order:
1. Mississippi will legalize recreational use of marijuana.
(Don’t mistake this prediction with advocacy.) The trend is undeniable. Pot is widely available and has been for a long time. People who want to use it already use it. State after state has seen fit to legalize and tax. Mississippi will, too … eventually.
2. Mississippi will realize the poor are not our enemy.
The state could be a national leader in this, perhaps. Nearly 60 years after President Lyndon Johnson declared war on poverty, it should be clear that poverty is winning. Being poor has become a profession for far too many individuals and families.
The state could develop, test and monitor pathways, with specific inducements, to guide people off aid programs. Our current posture — to give people free stuff and then hate them for taking it — is self-defeating and destructive. People are born wanting the self-respect and freedom that come with earning the respect of others through work and contributing to the greater good. That will never change.
Instead, the state enacts such strange legislation as House Bill 1090, which passed the Senate last week. The bill directs hiring a private firm to cull from Medicaid rolls people and providers who shouldn’t be there in the first place. How much sense does it make to spend money to find out money already spent shouldn’t have been spent?
3. Universal, cradle-to-grave “free” health care is coming, eventually.
The math is simple. Each year, a set number of dollars is expended on medical services, just as a set number is spent on soda, potato chips, cars, boats. (Our friends at the Kaiser Family Foundation say in Mississippi it’s $6,571 per person, which is pretty close to the national figure of $6,815.) Multiply the average by the number of people and that’s the total amount needed.
The complexity arises in determining who puts how much in the pool, who takes how much out, how much is private money, how much is public money.
But the fundamental proposition has been decided. Up to 89 percent of Americans in some polls say people who need medical care should receive it, regardless of ability to pay.
With so many variables, it won’t be easy, but the dots will be connected, eventually.
4. Mississippi groceries and eateries will start featuring Mississippi products.
This issues doesn’t have the magnitude of universal health care, but it matters.
President Trump made a big deal of specifying that only U.S. steel will be authorized in future pipeline construction. A governor may not have powers quite as sweeping, but how much sense does it make that a catfish restaurant in the Delta serves Asian catfish?
Seriously. How much sense does it make that supermarkets in the state — including those on the Gulf Coast — stock only farm-raised shrimp from Vietnam or Thailand? Our global neighbors need to make a living, too, but let them eat their stuff and we’ll eat ours.
5. Parents will awaken (or reawaken) to the fact that educating their children is first and foremost their responsibility.
It’s not really clear where this train jumped the track, but suffice it to say way too many moms and dads think delivering little Sally or Pete to a schoolhouse door fulfills their parental duty. Their mindset is that it’s up to the teachers or (God forbid) the Legislature to do the rest and their only obligation is to complain if they don’t agree with the process or the results.
Here’s the deal: If you hire a crew to mow your lawn, you’re not required to join in. If you entrust people to expose your babies to the workings of the world, you need to be a part of it. Lawn maintenance is fully delegable. Parenting is not.
6. People will tire of the extremes of social media.
The ill-informed anonymous venting that permeates cyberspace engages some, entertains others. Remember CB radio? Empty verbiage was a waste of time centuries ago and decades ago. A popular adage is, “I ain’t got no time for that.” Enjoy Facebook, Instagram, Twitter and the rest for now. It’s fun. But something else will come along. Always does, eventually. 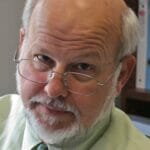