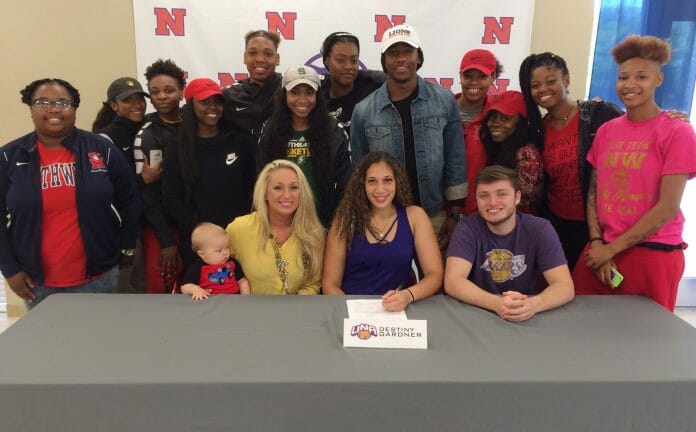 Gardner averaged 7.0 points on 51 percent shooting and a team-best 7.0 rebounds last season in 21 games (13 starts) and added 12 assists, nine blocks and nine steals. She saw action in 19 games as a freshman, averaging 5.1 points and 4.5 rebounds per game.
Gardner ended her Lady Ranger career in style on Feb. 23 with a 16-point, 10-rebound performance against rival Itawamba for her third career double-double.
Prior to Northwest, Gardner was a standout at Lewisburg High School, averaging nearly 18 points and 14 rebounds per game her senior year to lead LHS to the 5A state quarterfinals. She finished as the school’s all-time leading scorer with over 1,000 career points and was a two-time first team all-conference selection.
UNA accepted an invitation in December to join the Atlantic Sun Conference and will begin its four-year transitional period into Division I in the fall of 2018. A charter member of the Gulf South Conference and a member of the NCAA Division II since it was formed in 1972, UNA will remain in the GSC and Division II through the 2017-18 academic year.