May 12, 2017
0
32
The Ole Miss baseball team begins their final home series of the season tonight, and will have to bounce back from being swept by the Florida Gators last weekend. With a 29-20 overall record and a lackluster 11-13 record in the SEC, the Rebels have to rediscover their winning ways as the season comes to a close. Texas A&M comes to town in hopes of dashing the Rebels’ postseason plans.
Twelve teams make the SEC Tournament, and the Rebels are tied for 9th with only five games separating the teams fighting for the 6-10 spots. If Ole Miss hopes to qualify for either the SEC or NCAA Tournaments, they can’t afford to lose this series. In a far return of events, the Rebel pitching staff was a weak spot for Ole Miss against the Gators leading to deficits that the offense was unable to climb out of. Starting on Friday, James McArthur allowed 7 runs in just 3.2 innings, Ryan Rolison gave up 3 runs in 4.1 innings on Saturday, and in game three, David Parkison allowed 3 runs in just 3.1 innings. A team like the Rebels isn’t built to play from behind, a sentiment that was echoed last weekend.
It goes noted that the Gator offense ranks 11th in the conference, while the Aggies rank 6th. If the Rebel staff can’t return to form, it could be another long weekend for the red and blue. At the plate, the Rebels, once again, rest at the bottom of the SEC with a .253 average. The Rebels will have to keep pace with the Aggies this weekend, and it starts with senior leader Colby Bortles. Look for Bortles to show out during his last series at Swayze and power the Rebel offense.
A&M dropped two of three games to Mississippi State last weekend and are fighting for their own seeding in the SEC. With a 14-10 conference record, the Aggies sit right above the Rebels in the standings. While the Rebels’ pitching staff has been consistent all season long, the Aggie staff has been just as good, leading the SEC with a 3.03 team ERA. 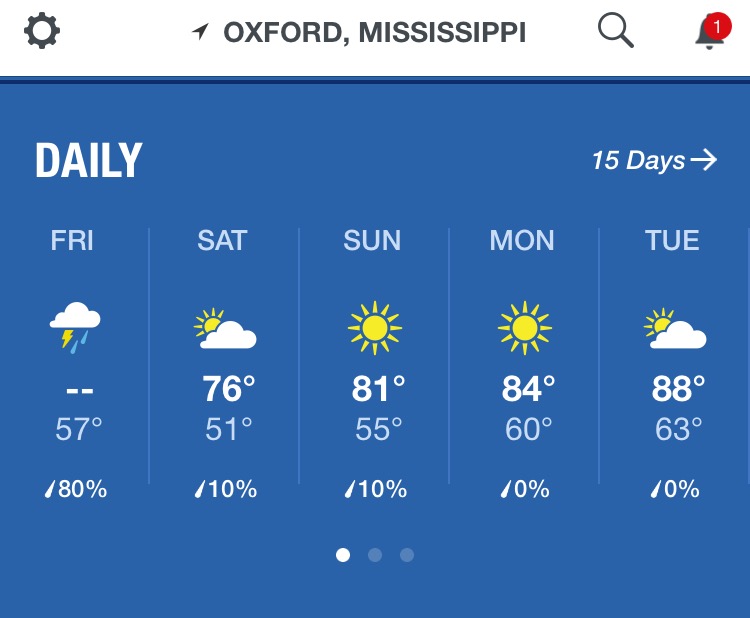 As the clouds hover over Oxford, tonight’s game may be in question, so don’t be surprised to see a double header at some point this weekend.