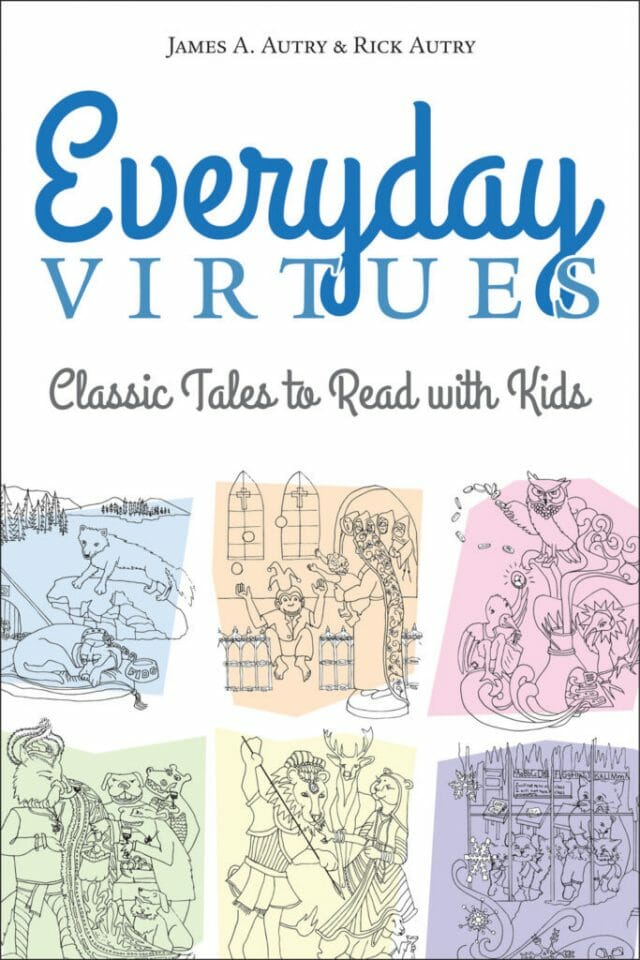 James (“Jim”) Autry will sign copies of his new book, “Everyday Virtues: Classic Tales to Read with Kids,” at noon, Thursday, November 9, at Square Books. He co-wrote the book with his son, Rick Autry, senior counsel for the Iowa Employment Appeals Board.
An Ole Miss alumnus, Autry is the former CEO of Meredith Corporation’s magazine group. He began with the company in 1960 as copy editor of Better Homes and Gardens. He is a poet, consultant and author of 15 books, including “The Servant Leader,” “Looking Around for God,” and “Confessions of an Accidental Businessman.” He was one of the poets featured in Bill Moyers’ 1989 series, “The Power of the Word,” on PBS and in Moyers’ 1995 book, “The Language of Life.”
HottyToddy.com publisher Ed Meek asked Autry to share the story behind his new book. Here’s what he wrote:


Like most of my story, I can’t begin without mentioning Ole Miss.
In the spring of 1955, I put my clarinet in the saddlebag of my motorcycle and rode from my home in Memphis to Ole Miss, where I auditioned for the band director. As a result, he awarded me a band scholarship, and that began my Ole Miss adventure where I majored in journalism but played all four years in the band.
I always think of that day when I drive down University Avenue and enter the campus.
There’s no need to go into my history since then. Suffice to say that I could never have imagined that I would go into the national magazine field, then retire and become a consultant and author.
My fifteenth book has just been published, this one co-authored with my son who, I admit, did most of the work.
“Everyday Virtues” was a long time aborning. It began years ago when I found myself somewhat disgusted with the kinds of “virtue” books popping up in the bookstores and, in one case, on the bestseller lists. It’s not that I thought they were all bad, but they too often concentrated on what Natalia Ginzburg called the “little virtues.”  She insisted that we should teach “not the little virtues but the great ones. Not thrift but generosity and an indifference to money; not caution but courage and a contempt for danger; not shrewdness but frankness and a love of truth; not a desire for success but a desire to be and to know.” 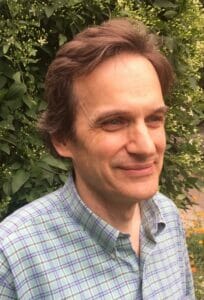 In one of the weekly lunches with my son Rick who, before the maturity of his two sons, was the smartest Autry in the history of the entire Autry family, we decided we could do a better book. So we developed an outline with the title, “Virtues Of The Heart,” did a regular book proposal, and so on. My agent dismissed the idea, saying there were already too many virtue books, and he didn’t think he could sell ours. Of course, I thought he ought to at least try, but writers don’t control these things, unless they are John Grisham. There you have it.
So we put it aside, That was about 20 years ago, well before the onslaught of the Internet and, most particularly, social media with its excess of trivia and gossip.
I know that sounds like the ravings of a grumpy old man out of touch with the modern world. The only thing I plead guilty to is “old.” I use the Internet, and I appreciate the opportunities that social media gives us to stay in touch with a wide network of friends and family. However—let me repeat that—however, I have watched with some alarm at how obsessed kids and young adults become with the digital world.
I am concerned about kids who are left to their digital obsessions without ever being read to, without ever being encouraged to read, and without ever being introduced to age-old stories, stories that fire their imaginations rather than attack their senses with manufactured images.
At another of our lunches, Rick and I each recalled the stories from our childhoods, even though he is almost 30 years younger than I. We realized that most of those stories contained lessons about virtues. So we decided to resurrect our original virtues book and aim it at kids, but more than that, aim it at adults reading to kids.  We feel there is nothing more important for a kid than having a trusted adult read a story.
It’s a tricky challenge to write a book that kids will want to read and hear read, and at the same time create a book that adults will enjoy reading to kids while also getting a taste of some of the classic stories from the world’s story-telling traditions.
The first thing we had to do was abandon our title. Not right for kids, we concluded, plus it sounded too much like the title of a romance novel. Thus the present title.
I confess that Rick did most of the research and writing. I did the editing, worked with the editor and publisher, and other technical stuff. I think we have succeeded in our goal for the book. Our reviewers liked the result, but now we wait for the ultimate critique: book sales.
Facebook
Twitter
Pinterest
Previous articleOle Miss Students Plan Interfaith Religion Conference
Next articleSix OHS Charger Athletes Sign College Letters of Intent