Review: Julie Cantrell's "Perennials" is "Both Reliably Romantic and Wickedly Over the Top"

November 11, 2017
0
923
“Perennials,” by Julie Cantrell. Thomas Nelson. 352 pages. $15.99.
Editor’s note: Julie Cantrell will sign copies of “Perennials” at 5 p.m., Monday, Nov. 13, at Square Books in Oxford.
Thirty pages into “Perennials,” the author shows her hand. Her narrator, Eva “Lovey” Sutherland, notes that a margarita is “the color of iced tea, a brackish tint that reminds me of Sardis Lake back home.” Up to that point, it has been safe to read “Perennials” as an accomplished by-the-numbers romance novel—one of those works in which it seems a convention universally accepted, that a single woman in possession of a good career, must be in need of a husband. That down-to-earth phrase, that honest acknowledgement that Southern lake water is neither blue or sparkling, drops a loaded hint: that author Julie Cantrell not only knows what she is doing, but also knows more than she is letting on.
“Perennials” is the story of Eva Sutherland, nicknamed “Lovey” (note those names) who, having been reared in Mississippi, left for college in Arizona and never moved back. She is summoned home for her parents’ fiftieth anniversary and arrives to find her father building a memory garden as a gift for her mother—a garden that is being constructed, conveniently, by Lovey’s old boyfriend Fisher. Over the course of the novel, Lovey confronts aging parents, her estranged sister Bitsy, and her own choices, past and present.
The memory garden is of unexpectedly massive dimensions, topped with a labyrinth, and ringed “by a substantial four-level wall of stone, something I’d expect to see on the Ole Miss campus or a historic homestead.” The massive garden and the labyrinth are metaphors, and they are anything but hidden in plain sight. 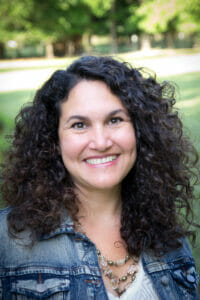 In keeping with this, the floral allusions mount up, each one underlining a plot point or theme. “Arizona offers not a single magnolia. No pink-tinged azaleas or fragrant gardenias.” That speaks to Lovey leaving Mississippi, and another line suggests the distance she has maintained from her family: “My Phoenix home is smaller than my Sedona shelter, but this one too is fronted by bright bougainvillea … Their thorns form a fierce defense.” The metaphors continue, innumerably. In the end, Lovey’s introspection is cast in terms of buds and blooms:
“What if I had made different choices from the start? What if I had stuck around to watch another year of seasons spin here in Oxford, staying to watch the daffodils bloom … What if we had kept right on kissing until the naked ladies emerged near the Osage orange? What if I had lingered long enough to see cape jasmine arrive, her voluptuous white bundles an aromatic call for summer love? Or even longer, when the spider lilies burst open in the fall and the yellow autumn light fell low among mossy roots?”
Click here to learn how a stargazer lily inspired Julie Cantrell’s new novel, “Perennials.”
Note also that Fisher (“That smile again! Matthew McConaughey’s got nothing on this man”) has studied landscape architecture. This foreshadows a great deal.
William Faulkner’s ghost hangs over this book. Cantrell sends her characters on emotionally freighted pilgrimages to Rowan Oak and the Union County Heritage Museum (in New Albany, the novelist’s birthplace), as well as the Eudora Welty house in Jackson. Faulkner’s gravesite is the scene of a soul-baring exchange and a tearful reconciliation. 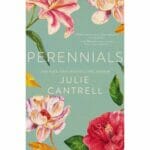 The attention that Cantrell pays to Faulkner, as well as her matter-of-fact description of lake water, cues the reader to read more closely. A writer who can speak plainly, and who can quote and discuss Faulkner without being drawn to imitate his sentences, must have a reason for being verbose. And this would seem to lie behind the narrative’s flowery style. As Lovey examines her life and career, she revisits a landscape of feuds, errors, and exiles. For there to be a happy ending, this bleakness and doubt need to be blasted with something bright and exuberant. The metaphors of flowers and gardens offer that—imagery that is vibrant and brilliant and zestfully piled on.
Oxford author Julie Cantrell talks about her writing career in this November 2016 interview.
Gertrude Jekyll, in the one North American garden that she designed, eschewed toying with subtle spins and drifts of color. Instead, she planned a garden centered on a mass of yellow: gold daylilies, heleniums, ox-eye sunflowers, and black-eyed susans, a sunlit burst of flowers. The effect was striking—uniquely overwhelming.
Ms. Cantrell has aimed for and attained a similar effect. She knows her way around romance novels, she knows her craft, and she has fashioned a novel that is both reliably romantic and wickedly over-the-top.

Allen Boyer, the Book Editor of HottyToddy, is a native of Oxford.  His book “Rocky Boyer’s War,” a WWII history based on his father’s wartime diary, was recently published by the Naval Institute Press.