State Rep. Jay Hughes: How to Spot a Tax Shift

The easiest way to spot a tax shift is when you hear state politicians declare: “WE SHRANK GOVERNMENT!” The next time you hear that, remember what really happened: the legislature cut corporate taxes by a few hundred million dollars (for mostly out-of-state corporations) and, as a result, had to cut basic services for you and your family. That means your county and other local officials were forced to raise your local taxes to pay for those services, or, in some cases, those services were eliminated altogether.
This budget year, Mississippi was short $325 million in revenue to pay our bills because of prior corporate tax cuts for the select few. Impacts of the current tax shift include these basics:
MENTAL HEALTH – Basic services have been drastically cut because of funding cuts by the state legislature. This means people with mental health or addiction issues end up in your local jails, with no one there to provide the care they need. This costs your local officials more and more money every single day for something that used to be treated and paid for by the state.
K-12 PUBLIC EDUCATION – This critical investment in the future has been underfunded by almost $2 billion since 2008 and was cut again last year. When the legislature chooses not to pay teachers and provide other basics, your local school board has to raise your local taxes to make up the difference.
COMMUNITY COLLEGES & UNIVERSITIES – These cuts and less funding mean tuition gets raised on the students and their families, and grants can no longer be stacked.
LOCAL ROADS & BRIDGES PROGRAM – Funding was cut 100 percent. ZERO DOLLARS! County governments were then mandated to pay through the nose to hire select, out-of-state engineering firms to “inspect” the local bridges. A local bridge may not be important to the legislature, but it is important to YOU when a bus, ambulance or truck carrying materials for businesses can’t get across it to your home or job. The choice for your county supervisors is to either raise your local taxes or let the county roads and bridges continue to crumble.
All these cuts could easily be dealt with by freezing the foreign corporate tax cuts not yet in place, particularly since there is not a single shred of evidence they have attracted more jobs to Mississippi. Unfortunately, the leadership in Jackson would prefer to shift tax payments to working folks instead of treating their big campaign donors the same as your average Mississippian. Short and sweet, we are in the midst of the biggest tax shift in history. You better be careful how you vote or cover your wallet.
The same old, same old is getting really old! 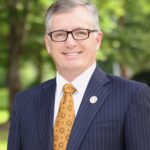 Oxford lawyer Jay Hughes serves the 12th District in the Mississippi House of Representatives. He can be contacted at jayfordistrict12@gmail.com.
For questions or comments, email hottytoddynews@gmail.com.

Hotty Toddy News will be running stories about local candidates in the upcoming Nov. 3 election throughout the rest...
Read more
Latest Videos

Ole Miss junior Tylan Knight is embracing his new role on the field with...
Read more