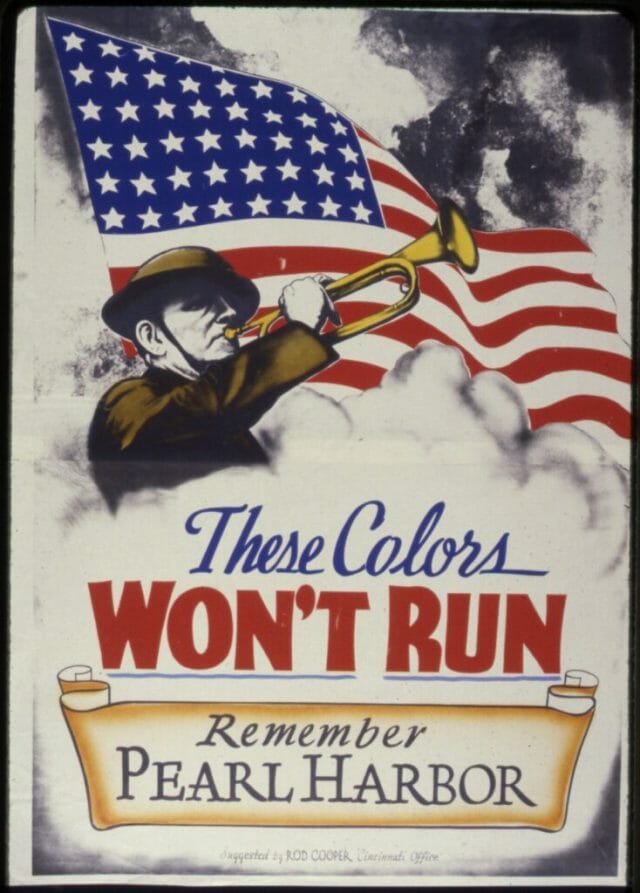 Whenever the winter season draws near, I never fail to remember one particular year that shaped my life forever.
The date was Dec. 7, 1941, a Sunday. I was in my bedroom dressing for services at the First Baptist Church in Oxford. Suddenly, the soft music from the radio was interrupted by an agitated-sounding voice announcing that the Japanese had bombed Pearl Harbor. I went into the kitchen where my mother was preparing a meal and asked, “Mama, what is Pearl Harbor?”
“I think,” she replied, “that Pearl Harbor is a place somewhere in the Hawaiian Islands. Why?”
“The radio just said that the Japanese have bombed Pearl Harbor!”
“Are you sure?” she asked.
We spent the rest of that day and night huddled around the radio, trying to find out more about the attack. We never got to church. A lot of other things were changed for my family that day. Almost immediately I said goodbye to the “boys”—my brothers—who left home to join forces with the 82nd Airborne, the 1st Marine Air Wing, and the 101st Airborne. We lost them for four years and considered ourselves very lucky when a V-Mail letter arrived from one of them, a tissue-thin page with holes excised where the censors cut out material they considered a security risk. My fondest memories of these V-Mails were the irreverent, nonsensical ones I received from one of the boys. I can still remember his serial number (34981872), which was required for his address.


We were inundated with leaflets containing blackout instructions on how to make our houses air raid-proof, with neighbors assigned the duties of air-raid wardens, and I cannot forget one cold winter night when our warden pounded on the door to inform us that he could see the glow from the fire in the fireplace. We had to extinguish the fire, and the next day we had to have a cover installed over the chimney.
We were given leaflets at school showing silhouettes of Japanese and German aircraft so that if we spotted an enemy plane we could identify it and report it to authorities. Of course, this never happened, but we were prepared!
We were taught to be very patriotic. Each week we took our precious pennies to school and purchased Victory Stamps, which were collected and exchanged when we had enough for War Bonds. Each student was encouraged to plant a Victory Garden in the back yard to supplement the family’s food. This was no small thing since many food items were dedicated to the war effort and not easily found in the grocery stores.

I remember that we had “meatless days,” “sweetless days” and “wheatless days.” It was not considered patriotic to eat meat, desserts or bread on certain designated days, again saving as much as possible “for the troops.” Ration books were issued to each member of the family, and coupons were required to purchase many, many items, including meat, sugar, gasoline, soap, and leather goods. (I still have my personal ration book dated 1942. It has only two coupons missing since money was required for the purchases, and money was also very scarce.)
At any given time, I had one pair of “good” leather shoes reserved for school and church. As soon as I got home each day, I had to change into sandals made from pressed cardboard, which required no ration coupons. These were sufficient, but, as I found out the hard way, a trip into the yard in the morning dew caused them to melt, and one turn too many with the key on my roller skates pulled the soles off!
With all the other neighborhood kids, we searched diligently for scraps of rubber and metal; we turned these in to the local grocery store, which served as a collection site. The store personnel graciously weighed our materials and paid us with bubble gum and BB-bars. But we felt like we were helping the war effort.
The world changed for us in the war years, but nobody suffered because they could not buy a new car or fancy clothes; people felt it was their duty to support their fathers, sons and neighbors who were on the battlefields.

My family spent many hours around the radio, hoping for news from my brothers. We knew that the 1st Marine Air Wing was fighting in the South Pacific and that the 82nd and 101st Airborne Divisions were in the European Theater of War, and we prayed fervently for victory in each battle and for the safety of the boys. Although there was a draft in those days, my brothers were all volunteers, and we knew they were fighting for a cause, for our safety and our freedom.
The days finally arrived when, one by one, my brothers walked up the driveway. They had come home, all in one piece; the boys who had gone to war returned as mature men. They had done their duty for America, they had fought their war, and they had kept our country free. Over seventy-five years have passed since then, and I was then, and still am, proud of them and proud to be an American.
Bettye H. Galloway is retired from Mississippi state service (primarily the University of Mississippi) and as executive vice president of an analytical laboratory. She may be reached at bhg568667@gmail.com. This article originally appeared in Oxford So & So, Jan. 2009.
Facebook
Twitter
Pinterest
Previous articleEight Rebels Earn 1A FAR Academic Excellence Award
Next articleNFL Rebel Update: Engram Recorded A Career-High Seven Receptions