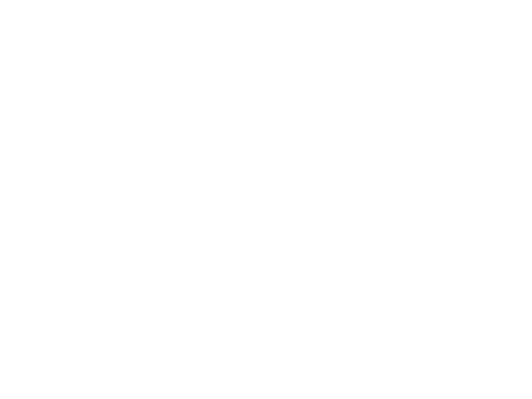 As a young boy, Chris Abernathy was told by his father, a firefighter, to pick a gift from under the tree one Christmas Eve night.

“I picked the gift up, and Daddy took it,” remembered Abernathy, now a captain with the Oxford Fire Department. “I get emotional about this one. There had been a house fire, and all the firemen went home and picked one of their children’s gifts from under their tree to give that family’s kid a Christmas. He lost everything.”
While many are cuddled up in the warmth of their homes and creating precious Christmas memories with their loved ones, Oxford’s first responders are out on the streets. For them, the city comes first.
At the Oxford Fire Department, Station 1’s B-Shift crew will be spending Christmas Day in the lounge, waiting to be called, to be needed, to help.
“We all miss our families,” Captain Randy Jones said. “We know when we take the job, we’re going to be missing them. But we’re dedicated, and we leave at any minute, ready to respond. It’s worth it every time.”
Leaving their own families behind on Christmas has never been easy for the B-Shift crew, but they look forward to being with each other for the holiday.
“It’s really not that bad. We’re all a big family,” Battalion Chief Allen Brown said. “We have a lot of fun putting our kids’ toys together up here, on Christmas Eve especially. Everybody brings their stuff here to put together for Santa Claus.”
But their own kids aren’t the only ones who receive toys for Christmas from the firefighters. Oxford Fire Department Chief Mark Heath said the department also collects toys for Toys for Tots and St. Jude Children’s Research Hospital.
The OFD took on an additional gift-giving project this year.
“The guys got together and provided gifts for some of the local school children who, based on teacher recommendations, might not have a Christmas,” Heath said. “I think it was $600 that they raised to do that.”
“We’re not bragging,” he added as the crew laughed. “We’re thankful we had the opportunity.”
The crew may have fun with each other on Christmas Day, cracking jokes and eating good food, but firefighter Brandon Mardis said it takes a certain type of person to leave their family on holidays and serve the city.
“Firefighting is a calling,” Mardis said. “Being able to be here and protect the city if something was to go wrong … I think my wife and my child would understand. Am I going to miss them? Yes.”
As tears filled her eyes, firefighter Rochelle Harwood agreed. This will be the first Christmas she spends without her 4-year-old daughter.
“I chose to let her go to her dad’s this year because we are working Christmas,” she said. “I’m probably not going to do it again because I miss her. It’s a lot.”
But fortunately for Harwood, “the guys” help her get through the emotional times.
“I love being up here with everybody and being able to spread the holiday cheer together,” she said.
Firefighter Tony Vaughn finds joy in working Christmas Day, and he said the community doesn’t even have to express gratitude for him to find reward in serving Oxford.
“People may not even say thank you, but just knowing that you were needed is enough,” Vaughn said. “It makes you feel good when you are needed that much.”


At the Oxford Police Department, things are no different on Christmas Day. In fact, Lieutenant David Mahaffey won’t only be missing his family that day; he’ll also miss his oldest daughter’s sixth birthday. But since he has worked many Christmas days in the past, he has found joy in something else Oxford has to offer.
“We can’t be home with our kids, so we have to live vicariously through all the neighborhood children,” Mahaffey said. “I get to spend Christmas with Oxford. I can stop and play for a minute, help drag a sled – maybe it’ll snow. Probably not. We are in Mississippi. And then I go to the next house and I get to play for a little while with them. That’s the blessing of it.”
Mahaffey tries not to dwell on what his children are doing at home, or what his wife may be doing, but at least his iPhone helps close the distance a bit.
“I can pull over on the side of the road, pull up Facetime and see my little girls playing with their toys,” he said. “Even though I’m not there, technology has made it easier.”
Just when Mahaffey starts feeling a little down, he reminds himself of others working on Christmas Day.
“There are times I think, ‘Well, I can’t be home’,” he said. “But I do get to go home tonight or in the morning and see my family. Our military guys … they may be overseas right now. They don’t get to come home tonight, they don’t get to come home tomorrow.”
Sergeant Ben Hamilton agreed and said he doesn’t give much thought to working on Christmas Day. After all, this won’t be his first time either.
“It’s just something you get used to,” Hamilton said. “The good thing about working in Oxford, the people here take care of us. They’ll pile food in here for us who are working that day.”
From the moment first responders put on their uniforms, ready to serve and protect on Christmas, their families are sure to cross their minds throughout the day. But when the phone rings, they toss aside any selfish emotions and remember why they’re here. Any one of them will tell you – Oxford is theirs to protect. And they do it humbly, even on Christmas.
“Of course, we’d rather be home with our families,” Hamilton said. “But this is our calling. We knew there were going to be times when we couldn’t be home when we wanted to, and I think that’s how all of us feel.”
“This is what we do,” he added. “So if we’ve got to be here on Christmas Day, we just do it because this is what we were made to do.”

By Randall Haley, associate editor of HottyToddy.com. She can be reached at randall.haley@hottytoddy.com.