Mitchell: A Spark of Life Possible for the Yazoo Pumps Project

January 9, 2018
0
54
In the financial world, an annuity is an investment that pays out cash installments — often for a lifetime. In the world of Mississippi journalism, the Yazoo Area Backwater Pumps Project is an annuity — a story that never goes away.
The idea was first unveiled in a little room in a little building in Rolling Fork in the mid-1970s. A slide projector and screen were brought in and set up so about a dozen people, most of them from the U.S. Army Corps of Engineers, could explain the situation.
Most recently, revival of the project has been discovered in pending U.S. Senate legislation. Could it be a spark of life?
The Mississippi and Yazoo rivers form a “V” in the South Delta, joining just above Vicksburg. For most of history, spring rises on the rivers flooded the flat expanses of what at the time were cypress swamps and bottomland hardwood forests.
During the late 1700s and through the 1800s, this land was cleared. Subsequently, it grew the world’s best cotton for generations.
After a horrific spring in 1927, Congress told the Army engineers to fix the flooding. The engineers ramped up levee construction, basically along the inner edge of that “V.” The levees kept the river water out. Farmers were happy.
There’s a stream that runs down the middle of the “V.” It’s called Steele Bayou. A giant, gated dam, serving the same purpose as a bathtub stopper, was built at the base of the “V.” Most of the year, Steele Bayou gates stay open and the excess rain drains. But in high-water months, the gates are closed to keep the river water out, with the side effect of keeping the rainwater in, rendering the lower Delta just as useless for farming as it had been in the 1700s. “Ponded” water makes the farmers unhappy.
The engineers’ solution first proposed more than 40 years ago was pumps, big pumps. They would lift the rainwater from inside the levee up and over to the riverside at a rate of 14,000 cubic feet per second.
But it would be expensive.
Congress, which had been insistent on the overcoming Delta flooding, decided state and local treasuries should chip in. A problem: The cost match would have been more than the total annual budget of several Delta counties.
Next came environmentalist and environmental agencies, who insisted then and now that the real mission of the Army Corps of Engineers is to render Earth uninhabitable by humans and other species.
Untold millions of dollars have been spent studying, designing, redesigning and litigating. Federal agencies and private groups locked horns in courts — generating continuous news stories for decades. Then, in until 2008, the Environmental Protection Agency used a legal tool in its arsenal to once and forever kill the Yazoo Area Backwater Pumps Project. President George H.W. Bush added his blessing. The end. Finis.
Or, now that a decade has passed, maybe not.
Although it is depicted as the evildoer, the Corps is fairly neutral. The federal engineers are tasked to look at situations and propose solutions. Their voluminous reports contain the plusses and minuses, the economic advantages and disadvantages, the environmental impact and alternatives to avoid, remediate or mitigate environmental damages.
Environmental purists don’t see the Corps in this light. Taken to the extreme, their argument is the Delta should never have been cleared in the first place and everything the federal engineers have come up with is terrible.  (They seem to be OK with the Barnett and other reservoirs and the fact that the Mississippi still flows by New Orleans.)
So, the swords are being drawn again, initially to be buffed and shined. Farmers want to be able to use their land for farming, and have the support of local governments. Environmentalists say they’ve fought this war and won it, but are ready for Round 899 if it comes. A new generation of reporters, perhaps, will wade into the morass and document developments for a new generation of Mississippians,
Overall — and perhaps the reason it has taken on the characteristics of an annuity — the Yazoo Area Backwater Pumps Project is neither all good or all bad. There’s inertia to complete the design triggered by the 1927 flood. And there’s an impetus to avoid spending more millions (or billions) for limited public gain. Whether to build the pumps is kind of a coin toss, really, but don’t expect to hear that from the entrenched opponents.
This battle has been brewing too long for either side to surrender. 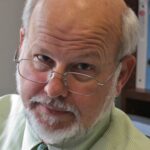 Charlie Mitchell is a Mississippi journalist. Write to him at cmitchell43@yahoo.com.
For more questions or comments email us at hottytoddynews@gmail.com.

A new connection between the Brittany Estates Apartments and F.D. “Buddy” East Parkway will be one of several construction projects considered by the Oxford Board of Aldermen this summer when they review the fiscal year 2022 budget.
Read more
News & Views

Two Charged with Sex Crimes Against a Minor in Separate Cases

A Lafayette County man died Monday in a wreck on Highway 7, according to the Oxford Police Department.
Read more
Latest Videos

The Ole Miss Rebels will close out the 2020 home slate tomorrow as they...
Read more
Football

Oxford Takes on Clinton in North Half Championship

The Oxford Chargers will take on the Clinton Arrows in the 6A playoffs for the North Half State Championship...
Read more
Headlines

A new connection between the Brittany Estates Apartments and F.D. “Buddy” East Parkway will be one of several construction projects considered by the Oxford Board of Aldermen this summer when they review the fiscal year 2022 budget.
Read more