A decade of consistent, constant work at FNC Park has produced beneficial results for the city of Oxford, the Oxford Park Commission and residents of Lafayette County. 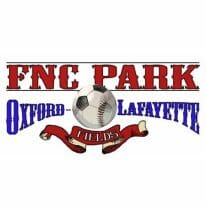 The state’s top-rated youth athletic facility just hosted its 200th overall sports tournament, a figure that places it right at the top of the list in the state in terms of usage.

In 2018 alone, FNC Park hosted 30 tournaments in three different sports — baseball, softball and soccer — that attracted 1,700 different teams associated with those events. Overall, there were 3,428 tournament games played at the facility in 2018.

When FNC Park Director Brad Freeman realized a few weeks ago that the milestone was about to be reached, they double checked all the numbers.

“This is a big milestone for us. We’re proud of what we’ve been able to do, and I’m very proud of what this staff has been able to do,” Freeman said. “We were so focused on building a great product, and once it was built, we turned our attention to events and how we were going to facilitate everything.”

Baseball has hosted the most tournaments at FNC over the years, followed by fast-pitch softball and soccer. The tournaments are held on the weekends and don’t reflect the usage of the OPC.

This past youth soccer season produced the largest numbers in the history of the program as 924 kids signed up to play in the fall, while 842 participated in the spring season. Freeman and his staff work diligently to maintain the facility so that all the OPC sports can find time for practice in between the weekly games.

In 2018, more than 2,000 youth games were played at FNC, while more than 3,200 practices were booked for OPC teams and travel teams in soccer, baseball and softball.

On the economic side of the equation, the tournaments and activities at FNC Park have made a significant impact on the community. In 2016, the economic impact was $3.8 million. In 2018, the number was $4.5 million, an increase of 8.5 percent. The average daily spending for a family attending a tournament is $392.

“So each year, we would add an event and add an event and each and every year, we got better at hosting events. And the biggest spike in us hosting events when we installed turf fields. We got a lot more interest in teams wanting to play here. They knew they could come to Oxford and we’re going to play and not waste all of our money traveling there.”