From butterfly clips to scrunchies, Spice Girls to the Backstreet Boys, flannel and crop tops, the 1990s was a decade when people still talked to each other face-to-face. With Y2K approaching, people lived their best lives knowing the world could come to an end on Dec. 31, 1999.

On Friday, Oxonians can once again party like it’s 1999 during a special 90s Night Oxford Party, presented by the same group of fellas who have previously hosted such events as Emo Night Oxford and Punk Prom.

The party kicks off at 9 a.m. with Barney “Bufferseat” Thompson spinning some 90s tunes before the “Limp Triscuit” takes the stage ready to play two hours of music from the 90s.

The band is comprised of the same members who have come together for previous special events, and the name had changed for each event.

“The band names have been pretty unofficial,” said musician Alex Thiel. “I’m certain that we’ll never go by Limp Triscuit again, but for Friday night, we are Limp Triscuit.” 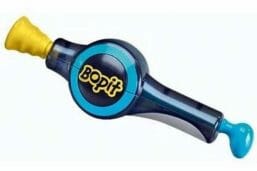 In between sets, local comedian Denver Bridwell with entertain the crowd and will also host the Bop It competition.

“We’re not sure of the prize yet, but a chance to play Bop It on stage seems like a bit of a reward itself,” Thompson said.

“I’d get there early,” Thompson said.

Clements said the music will range from pop music to alt-metal and everything in between.

“We’re super thankful for all the buzz surrounding this. It’s still kind of unreal,” he said. “This is literally just a fun thing for us to do and gives us a reason to basically have a big party.”

Thompson said while the show provides a fun Friday night, it also doubles as the group’s efforts to get more people out to local shows.

“Everyone in the band is a local artist with their own projects and it’s really important that we help nurture that creative scene by introducing it to as many new faces as we can,” he said. “An ideal situation is that someone comes to one our parties who doesn’t usually get out on the Square and decides to start following all the shows that Proud Larry’s hosts and one of Oxford’s many talented acts becomes their new favorite band.”

Tickets for the 90s Night Oxford event are $10 at the door or can be purchased early at online at Ticketfly.