Oxford Utilities $24 Million Budget Up for Approval by Aldermen

Oxford Utilities presented its $24 million budget for the Electric Department’s 2020 fiscal year to the Oxford Board of Aldermen last week for its consideration. 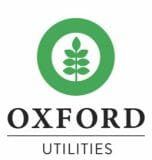 The electric department’s largest expense is purchased power from the Tennessee Valley Authority.

“The greatest challenge when preparing an annual budget is projecting electric sales revenue and purchased power expense,” Neely said. “I spend a considerable amount of time preparing estimates for FY2020’s energy costs, which causes the expenses and income of OU-ED to rise and fall.”

In his budget report, Neely said “big changes” occurred in 2019, with the creation of Oxford Utilities, and the integration of Water and Sewer personnel, facilities and administration.

“The integration has gone well and many benefits will be realized throughout this change,” he said.

OU-ED is currently in the midst of a multi-year LED Streetlight project in which it is replacing every street light with an equivalent LED fixture.

“We’ve replaced approximately half the fixtures to date – 950,” Neely said. “The savings so far to the city is over $3400/month in energy usage. Street light maintenance is a constant issue that should be much improved due to the new LED fixtures, which should last 15-20 years and will operate at a much lower wattage.”

“This marks a 1.3 percent increase in electric customers over the calendar year,” Neely said.

The fiscal year for OED runs July 1 to June 30.

For most other city departments, the fiscal year runs from Sept. 30 to Oct. 1. Department heads will begin presenting their budgets for review to the Board of Aldermen in June. The final FY2020 budget must be approved by Sept. 15.