North East Mississippi Electric Power Association announced its plans to move ahead with plans to provide high-speed internet to 100 percent of its members.

The announcement comes just months after state legislators passed a law allowing the rural electric providers to enter the business through a subsidiary to provide broadband services.

The engineering and design of smart grid technology, which will include a fiber-optic backbone to enable broadband services, was approved by the association’s Board of Directors on Wednesday. Final approval of the construction of the broadband network is contingent on North East’s membership voting to change its Articles of Incorporation at its December meeting, according to NEMEPA. 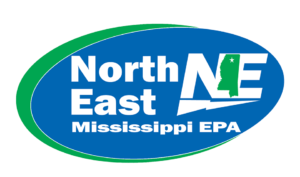 Since January, North East has been actively engaging in researching the feasibility of delivering high-speed internet service to its members.

The company has contracted with broadband consultant Conexon, a leader in partnering with electric membership cooperatives, for the design and engineering of the network.

The state-of-the-art optic network will enable significant upgrades, enhancements and smart grid capabilities for the association’s electrical distribution infrastructure, according to NEMEPA.

“Members will have access to some of the fastest, most robust broadband capabilities in the country,” stated a press release released by NEMEPA today. “Gigabit speed service that’s reliable, affordable and supported by the co-op they know and trust.”

“Our members have clearly conveyed to us their need and desire for the advantages broadband services officer, “ stated Randall Abel, NEMEPA’s manager of engineering and operations in the press release. “Just as we brought electricity here decades ago and made lives and communities better, we’re committed to doing that same thing with high-speed internet capabilities and other broadband services.”

Earlier this year, the Lafayette County Board of Supervisors signed a resolution to show their support of legislation presented by the Public Service Commission that would abolish an old law that prevented EPAs from providing internet service.

The legislation passed the House and Senate and was signed by Gov. Phil Bryan during the 2019 Legislation Session.

The bill only abolished the old law. All internet carriers are still allowed to serve any rural community they choose. It only now allows electrical cooperatives to offer the service.