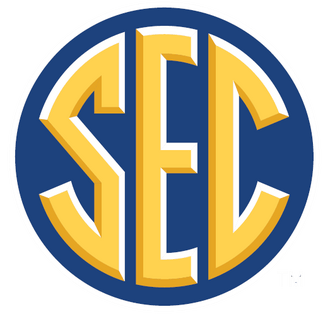 This year the country’s most powerful football conference is looking to continue the tradition of postseason success.

This season, the SEC West asserted its dominance over the college football landscape once again. The SEC will be represented in the national championship game and six of the seven western teams will play for bowl titles. 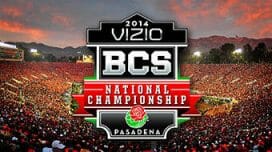 It’s the most dominant team in college football versus the team of destiny. Auburn deserves the title after winning on two miracle plays in the last two games of the regular season.

In contrast, Florida State manhandled every opponent that they played this season. Their closest game was against Boston College early in the year. They won 48-34.

The Seminoles’ success is due to stellar defensive play and redshirt quarterback Jameis Winston. This season, Winston has 237 completions out of 349 passes for 3,820 yards and 38 touchdowns. Auburn’s pass defense ranks 102 in the nation (giving up 259.3 passing yards). Unless the Tigers completely turn around the secondary, Winston could have another 350 yards passing.

The Tiger’s strength is their rushing attack, which is first in the nation averaging 335.7. During the last two games against Alabama and Missouri, the Tigers rushed for more than 800 yards. Florida State is 14th in the nation defending the running game, so the Seminoles are capable of stopping the onslaught. But Auburn ran all over better rush defenses this year. For example, much like LSU did earlier this year, the Seminoles will need to find a way to slow down the Auburn backfield. 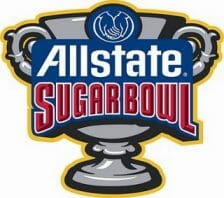 Alabama will travel to New Orleans for their first Sugar Bowl appearance since 2009. The Crimson Tide received the at-large bid after losing in heartbreaking fashion to Auburn in the Iron Bowl.

The Oklahoma Sooners paved their way to the Sugar Bowl in a very different way. They defeated rival Oklahoma State, spoiling to their BCS hopes. Now, instead of being in the BCS, the Sooners reveived an at-large bid.

Senior AJ McCarron is playing his last game for Alabama, so he will be looking to go out with a bang. McCarron was electric in both BCS Championship games, The Sugar Bowl should be no differet. Oklahoma is solid on defense, but the Crimson Tide have already played against better competition.

If Oklahoma wants to win, their quarterback Blake Bell needs to have his best game of the season. 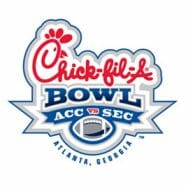 The Texas A&M Aggies will represent the Southeastern Conference against the Atlantic Costal Conference’s Duke Blue Devils in this year’s Chick-Fil-A Bowl on New Year’s Eve.

The Aggies bring a high scoring offense to Atlanta led by reigning Heisman quarterback Johnny Manziel. Manziel on the season has thrown for 3,732 yards and 33 passing touchdowns. He also ran for 686 yards and eight rushing touchdowns for a total of 41 touchdowns.

In A&M’s second year in the SEC, the Aggies ended the regular season with an 8-4 record. Coach Kevin Sumlin’s team struggled more this season compared to last, which ended with an 11-2 record after a bowl victory.

Against other top 25 teams this season, A&M did not fair well. They dropped all four games to Alabama, Auburn, LSU and Missouri.

The Duke Blue Devils enter the game with their first ever ten win season. Duke coming off a loss to the Florida Seminoles 45-7 in the ACC Championship game.

The Blue Devils are led on offense by their quarterback Anthony Boone, who has passed for a total of 1833 yards and connected with his receivers for ten touchdowns.

Coach David Cutcliffe’s squad played well against top 25 teams, finishing with a record of 2-1. The only loss is to Florida State.

Both teams enter the Music City Bowl trying to garner some momentum after they both had heartbreaking overtime losses to their in-state rivals to end the season.

Offensively, the teams’ approaches are very different. Ole Miss stays in the shotgun formation to run the read-option, while Georgia Tech prefers to stay under center to run the triple option. The Rebels pass the ball more than the Yellow Jackets as well. Ole Miss quarterback Bo Wallace has completed 261 of his 405 passes for 3,090 yards and 17 touchdowns. On the other side, Georgia Tech quarterback Vad Lee has completed 77 of 163 passes for 1,414 yards and ten touchdowns.

The Rebels have the advantage in the passing game. But Lee has other talents than just passing. The triple-option offense led by Lee ranks sixth in the nation in rushing yards per game (311.67 yards per game). He has 166 carries for 489 rushing yards and eight touchdowns.

Solid defensive plays will help determine this game. Both teams hold a great deal of firepower on offense, so it is imperative to slow down the opponent. The Yellow Jacket’s rushing defense is solid and ranks second in the ACC (107.0 yards given up each game). The passing defense is a different story though. Georgia Tech is ranked 13th in pass defense (243.5 yards given up) in the ACC.

The concern for the Ole Miss defense is stopping the powerful triple-option attack. The Rebels rank ninth in the SEC for rushing defense (155.25 yards per game) and eighth in passing defense (221.3 yards per game). The passing game isn’t much of a concern, but slowing down the running game is.

Ole Miss has the better team, but games are not won on paper. The Rebels will have to show up and play their best game to take down a solid Georgia Tech team. 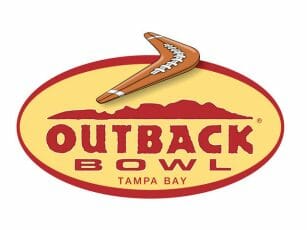 LSU finished the season strong with a two game winning streak over Texas A&M and Arkansas. After the loss to Alabama most expected the Bayou Bengals to cave and lose to the Aggies. Instead, for the second straight year they shut down Johnny Manziel and beat the Aggies with little effort 34-10.

The next week they had true freshman Anthony Jennings come in late in the Arkansas game, after Zack Mettenberger left with a knee injury, to drive them 95 yards for a touchdown to beat the Razorbacks. LSU is riding on momentum into the bowl game but the Iowa Hawkeyes are as well.

Iowa has won their last three games over Purdue, Michigan and Nebraska. Sophomore quarterback Jacke Rudock has been playing better after struggling most of the season. In the last three games he has completed 40 of his 65 passes for 556 yards and six touchdowns. The running game and offensive line have also come alive in support.

Rudock will have to perform at his highest level to bring his team a victory. The key to beating LSU is great quarterback play and great passing numbers.

LSU will have to start Jennings against an Iowa defense that ranks 11th in the nation in both scoring and passing defense. The good news for the Tigers is that they can lean heavy on sophomore running back Jeremy Hill. The Hawkeyes are 41st in the nation in run defense and they have been gashed by teams with big, physical offensive lines and running backs all season.

Both teams are very physical so the Outback Bowl will be the typical smash mouth football the Big 10 and SEC expect to see. 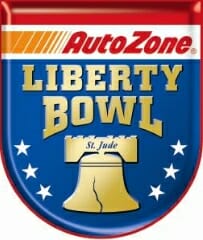 This year’s AutoZone Liberty Bowl matches up the Mississippi State Bulldogs and the Rice Owls in Memphis on New Year’s Eve.

The Bulldogs finished the season with a 6-6 record by winning their final two games against the Arkansas Razorbacks and in-state rival Ole Miss.

Mississippi State is led on the field by sophomore quarterback Dak Prescott. Prescott is known for being a dual threat quarterback. This year he has thrown for 1,657 yards and seven touchdowns. He has also carried the ball for 751 yards for 11 touchdowns.

Prescott entered the Egg Bowl in the fourth quarter to save the struggling Bulldog offense. He orchestrated a drive that ended in a field goal and sent the game into overtime. Prescott took over the game in overtime and rushed for the go-ahead and eventually game winning touchdown.

On New Year’s Eve, the Rice Owls will be will be looking for their 11th win this season. The Owls clinched their first conference title since 1957, over the Marshall Thundering Herd by the score of 41-24.

Senior quarterback Taylor Mcharge leads the Owls on offense. He has thrown for 2,261 yards passing and has a total 17 touchdowns this season.

Fans can watch all of the action between the Bulldogs and the Owls on ESPN with kickoff slated for 3pm. CST.

CHECK BACK LATER FOR PREDICTIONS AND OUR BOWL PREVIEW FOR THE SEC EAST TEAMS!