January 7, 2014
0
373
Oxford troubadours Moon Pie Curtis & Mister Will will perform at Snackbar on Wednesday, January 8, starting around 9:30 p.m.
Curtis was a founding member of Oxford group Cardinal Fluff before embarking upon a navel-gazing songwriting journey that has led clear into middle age. Because obligatory reference points are often expected, we’ll say his style is rooted in the tradition of John Prine, Roger Miller, Guy Clark, and Jerry Jeff Walker—with sprinklings of Donald Fagen and David Lee Roth. He placed third in the Gum Tree Festival Songwriting Competition, but he’ll be number one in your hearts.

Mister Will (aliases Will Smith, Will Barrett, The Fresh Prince of Batesville) will delight on lead guitar and sing plaintive alt-country (haven’t heard that term in a while, have you?) originals of his own. His hobbies include hunting, fishing, and French KISSing at Magic Mountain.


Snackbar is on North Lamar in the Midtown Shopping Center. 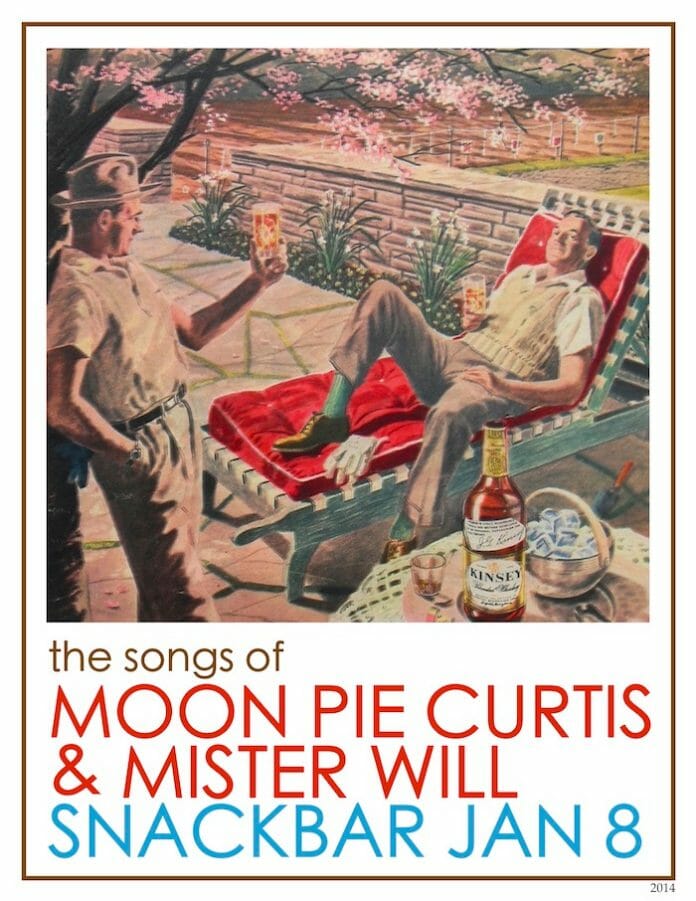