May 4, 2014
0
504
In the SEC teams battle tooth and nail for victory — and in baseball, a series win counts as victory.
Ole Miss had the opportunity to sweep their 3-game series with Arkansas this weekend, but they settled for a 2-out-of-3 series win. On a spectacular sunny Sunday capping off military appreciation weekend at Swayze, the Razorbacks salvaged game 3 by the score of 11-1.
No. 10 Ole Miss ( 35-14, 15-9) hit the ball hard at times Sunday, but had trouble getting the key hit. The Rebels tried mightily to rock the Hogs starter, right-hander Chris Olvier.

“Arkansas played terrific and we challenged them and they made all the plays and  their starter was terrific,” Coach Mike Bianco said.
The Rebels opened the game by scoring one run in the bottom of the first off Olvier. An RBI ground out by Will Allen plated Braxton Lee from third base.
Allen picked up his 51st RBI of the season.
Arkansas wouldn’t  stay off the board for long. In the second inning they were able to scratch together two runs. Then in the third, they attacked the Rebels pitcher Sam Smith for three more runs.
Ole Miss starter Sam Smith worked three innings, giving up five runs on six hits. He struck out one batter.

Coach Bianco called on left-hander Jeremy Massie out of pen. Massie pitched strongly in the game, throwing 4-plus innings and not giving up a run.
Preston Tarkington came to the hill in the eighth with two outs to relieve Massie. Hawtin Buchanan and Matt Denny pitched the ninth for the Rebels.
Arkansas starter Chris Olvier settled in after giving up one run in the first and worked seven-plus innings. He gave up five hits and struck out five Rebel batters to pick up the win.
“Our game plan was to get on top of the Razorbacks starter — his fastball was tough to catch up to,” Ole Miss third baseman Austin Anderson said.
In the eighth inning, the Razorbacks added two more runs. Then in the ninth, Arkansas added their final four runs of the game.
Ole Miss remains atop the SEC West and will face the Georgia Bulldogs next weekend to close out the regular season schedule at home.
Here are some more images from today’s game: 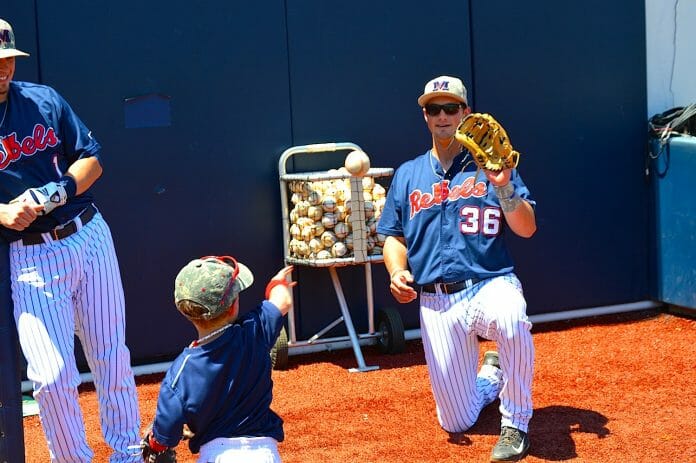 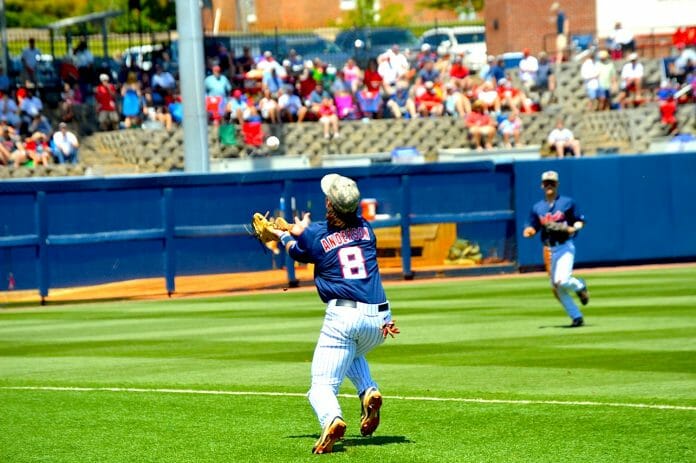 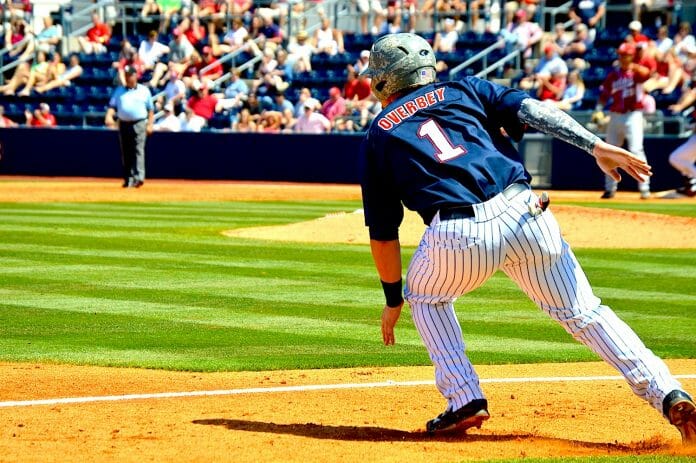 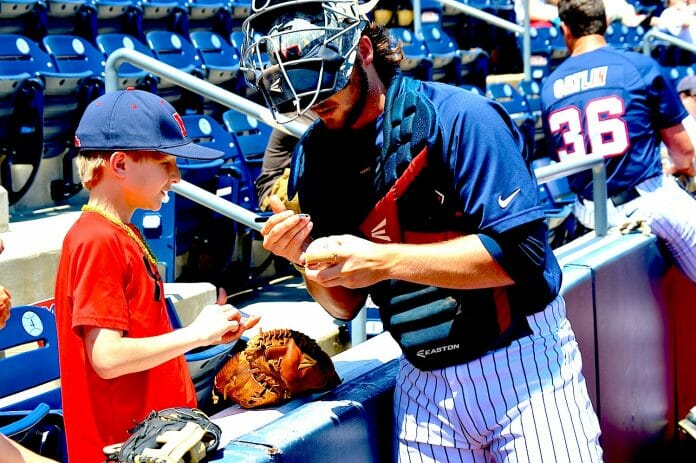 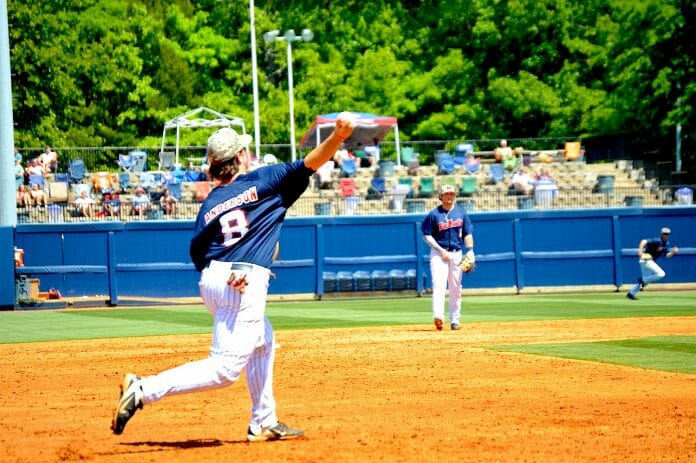 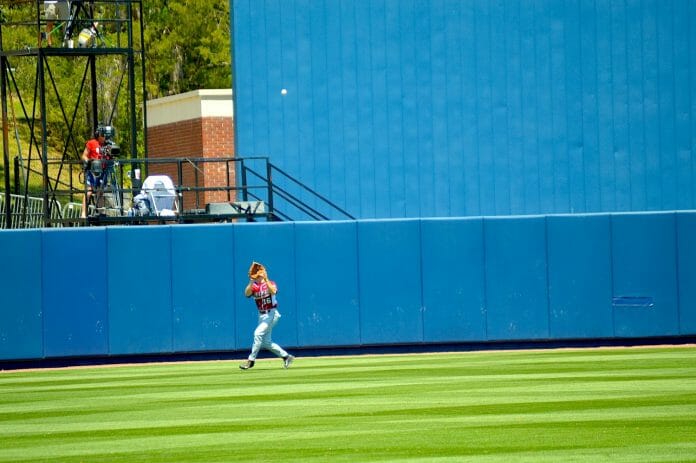 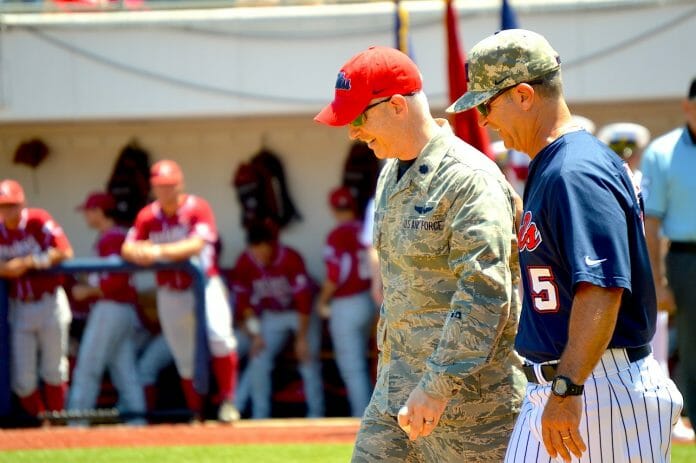 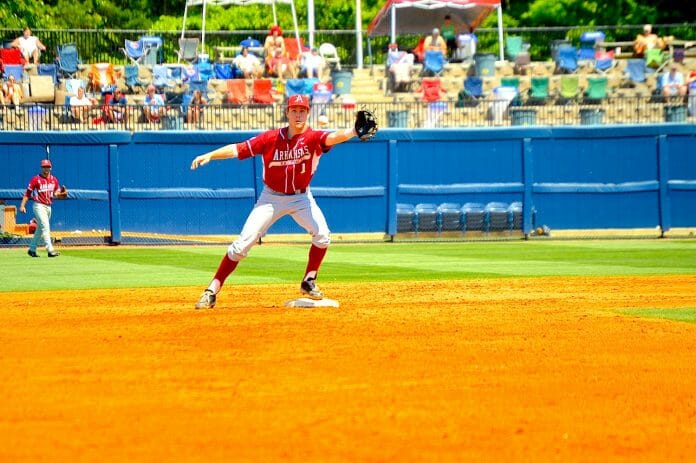 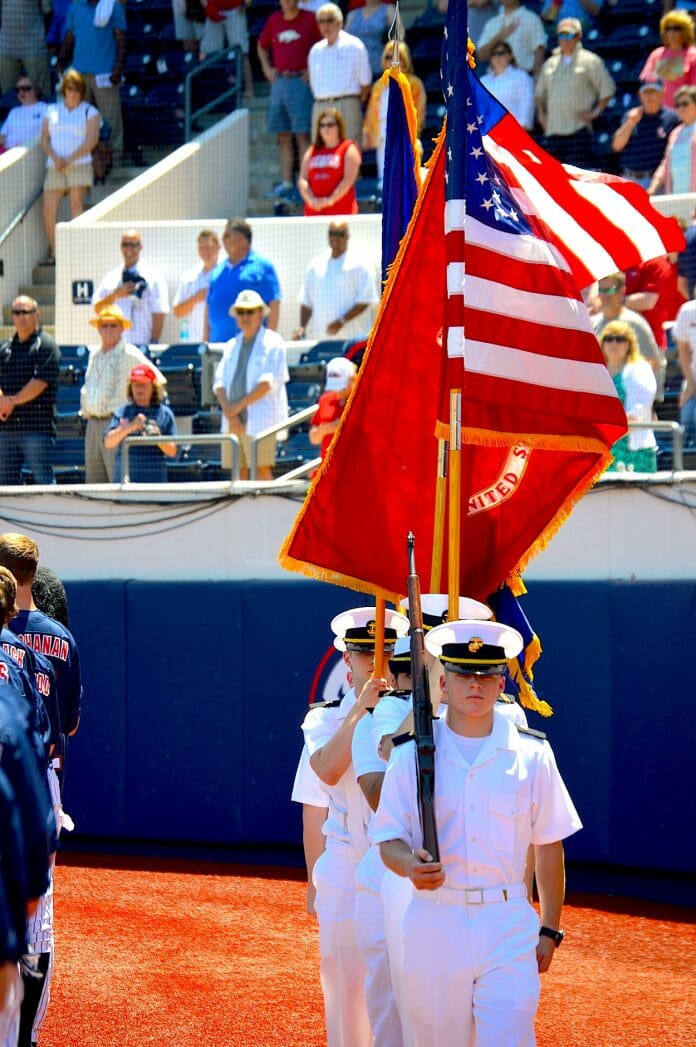 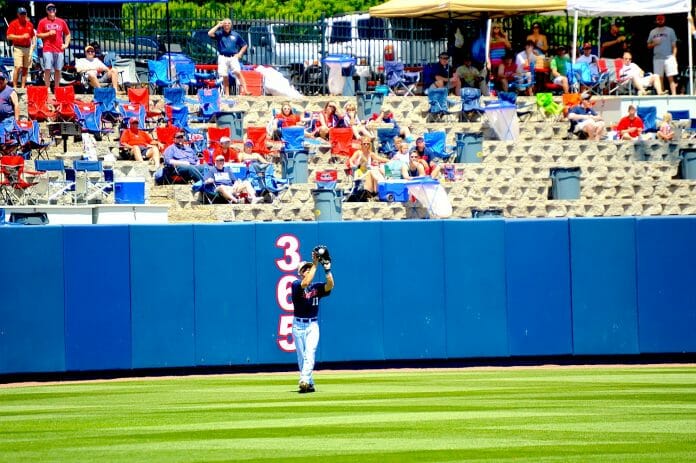 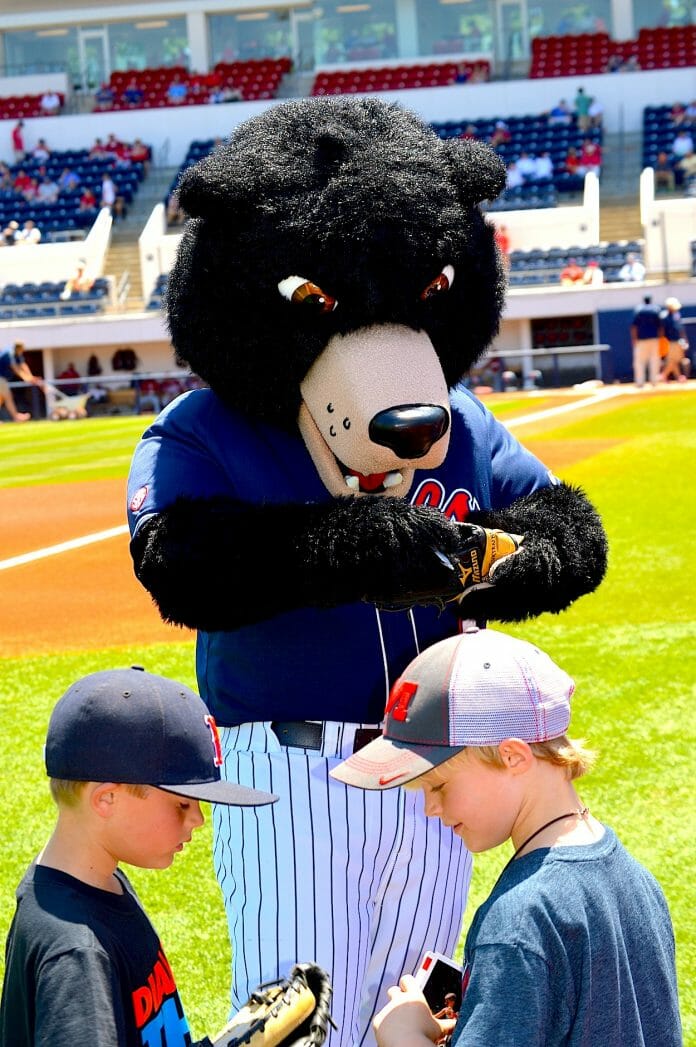