May 17, 2014
0
547
The Rebels left nothing to chance on Friday night, claiming the SEC Western Division Championship and locking up the second overall seed in next week’s SEC Tournament as No. 11 Ole Miss (40-15, 19-10 SEC) defeated Texas A&M (32-23, 13-16 SEC) by a score of 4-2 at Blue Bell Park.
With the win, the Rebels clinched the weekend series and posted a 40-win season for the first time since 2009. It is the fifth 40-win season under head coach Mike Bianco in his tenure and sixth all-time. With a win tomorrow in the series finale, Ole Miss can set the school record for wins in the regular season and tie the school record for SEC wins in a season.
“I’m really proud of our team and our effort tonight and this season,” Bianco said. “It’s our first championship in five years since we won the league in 2009. I’m proud we went out and won things on our terms.
“Runs were at a premium today,” Bianco said. “Christian (Trent) got us through the fifth inning and then Scott (Weathersby) was terrific down the stretch. We just really just had to grind this one out. It was big us to get that insurance run in the ninth on that fly ball from Auston Bousfield, but tonight was definitely a team effort.”
Christian Trent (8-0) picked up the win as he worked 5.0 innings, allowing two runs on eight hits with a pair of strikeouts. Scott Weathersby then picked up his second save of the season, shutting the Aggies down through the final 4.0 innings as he allowed one hit and struck out three.
Grayson Long (6-2) suffered the loss, allowing three runs on five hits with three walks and four strikeouts in 6.0 innings of work.
Ole Miss got on the board in the third inning with a two-out single up the middle from Will Allen that brought Errol Robinson home from second. Robinson opened the inning with a single up the middle and advanced on a sac bunt from Braxton Lee. With two outs on the board, Austin Anderson drew a walk to bring Allen to the plate and the senior delivered the RBI hit back up the middle that put the Rebels on the board.
Texas A&M tied things up in the fourth with a leadoff home run from Logan Nottebrok as the third baseman launched one over the wall in left to start the inning. A single through the left side from Nick Banks put another man on before a sac bunt from Jonathan Moroney moved him into scoring position. Troy Stein then singled up the middle to bring Banks home and give the Aggies the 2-1 lead.
Ole Miss moved back on top in the sixth inning with a pair of runs to take a 3-2 lead. Allen got things started with a single up the middle before J.B. Woodman hit an RBI triple to right center to bring the first run home. Woodman then scored on a sac fly to center from Will Jamison to move in front for the second time on the day.
The Aggies got a single to open the home half of the sixth and Ole Miss turned to the bullpen for right-hander Scott Weathersby. The Rebels caught Moroney stealing for the first out to take the runner off the basepath and Weathersby struck out the batter on the next pitch to put two away. A foul fly to first then ended the inning and sent things into the seventh.
Ole Miss got a chance to extend the lead in the eighth, loading the bases with no outs and forcing a second pitching change from the Aggies. Pinch hitter Holt Perdzock put the ball in play, but the Aggies made the play defensively with a double play on the ground ball to first, throwing out Anderson at the plate and then going back to first for the second out on the batter.
Allen and Orvis both advanced into scoring position on the play, however, keeping the Rebels’ chances at an insurance run alive. A strikeout ended the threat, however, and kept the game at a 3-2 lead for Ole Miss.
Weathersby and the defense came up big in the home half of the inning to keep the game in check.
A groundout to short started the inning for the first out. Things looked to get hairy in the next at bat when Nottebrok hit a high pop up into no-man’s land down the right field line. Overbey made an effort on the ball, but dropped it after trying to cradle it in fair territory. Jamison made the first half of a head’s up play, grabbing the ball and throwing to third base where Anderson applied the tag and made the out as Nottebrok slid past the bag and was called out.
Weathersby then got another groundout to end the inning and send the game to the ninth.
Ole Miss got an insurance run in the ninth after back-to-back singles with one out from Overbey and Lee put men at the corners. Bousfield then drove a fly ball deep to right to bring Overbey home and put the Rebels on top 4-2.
The ninth was a quick one as Weathersby got a strikeout and a flyout to start things off before an interference call on the batter on a bunt that bounced back up into the batter as he took off down the first base line ended the game.
Ole Miss and Texas A&M will conclude the series at 2:05 p.m. CT Saturday as the teams close out the regular season.
–Bill Bunting, Ole Miss Sports Information
Videos of Will Allen Scott Weathersby and coach Mike Bianco:
https://youtu.be/2lK_9H4qC4E
https://youtu.be/TVKCEI9eTA8
https://youtu.be/hK2YUEk31js 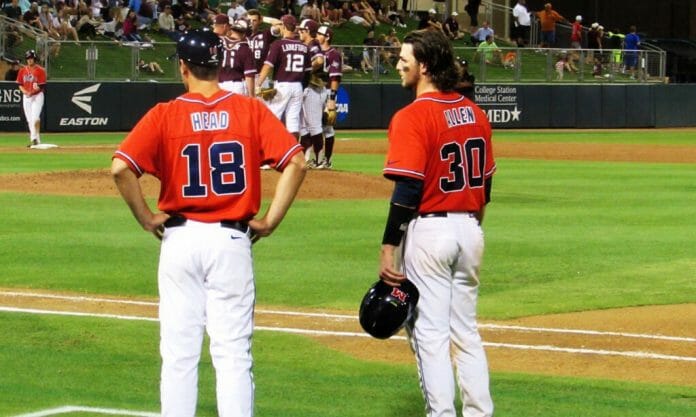 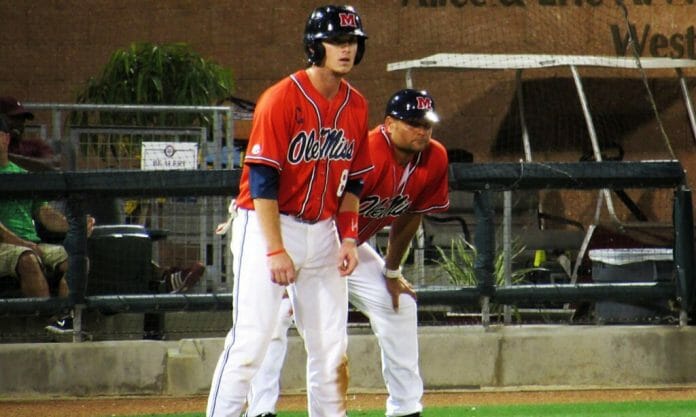 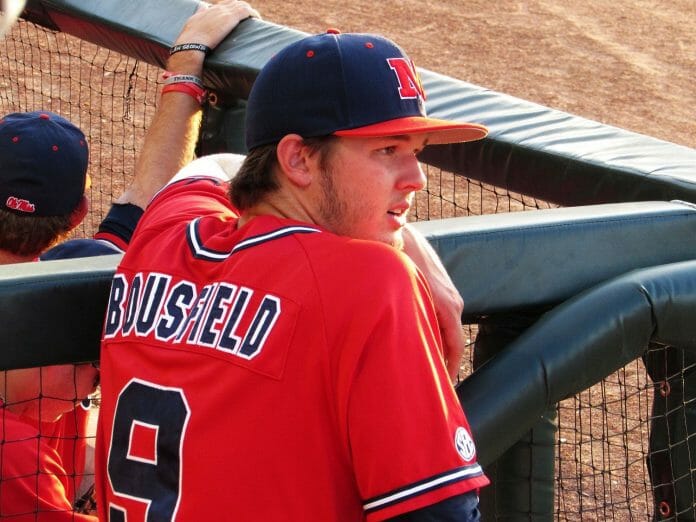 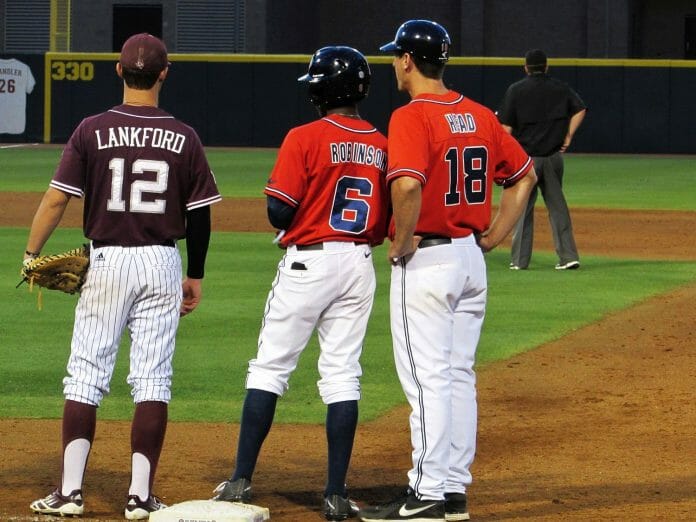