The Ole Miss Rebels and the Vanderbilt Commodores opened day three of the SEC Tournament in Hoover, Ala. and Ole Miss pulled out a desperately-needed victory 7-2.

With both teams facing elimination, Ole Miss (41-17) drove the ball to all parts of the field all game long. The hits started falling in the top of the third inning.

Vanderbilt got on the board first against the second-seed Rebels on an RBI single off of the bat of Vince Conde.

Ole Miss starter Jeremy Massie settled in after giving up a run in the first. Massie worked 4.1 innings giving up 1 run on three hits.

Senior Preston Overbey got the Rebels first hit of the ball game in the third inning. He advanced to second on a stolen base. Errol Robinson then followed with a single. Overbey tied the game on a sac fly by Braxton Lee. Robinson moved up to second on the play.

Coach Mike Bianco called on the arms of Aaron Greenwood  and Josh Laxer out of the bullpen.

Vanderbilt’s starter Tyler Beede held the Rebel hitters in check, not allowing any hits until the third inning.

The Rebels took the lead in the top of the sixth, as Sikes Orvis hit a sac fly that allowed Anderson to score from third base.

In the seventh inning, Ole Miss opened with men on first and second and no outs. Then an intentional walk to Braxton Lee loaded the bases. Bousfield singled scoring a run, followed by a 2-RBI single by Anderson. By the end of the inning, the Rebels had plated 4 runs.

Brian Miller came into pitch for the Commodores in the seventh with two Rebels on base.

The Commodores scored a run on a hit batsman in the seventh inning.

Ole Miss added one run in the ninth inning.

With the win, Ole Miss moves on to Friday’s game at 3 p.m. against the loser of Arkansas and LSU. 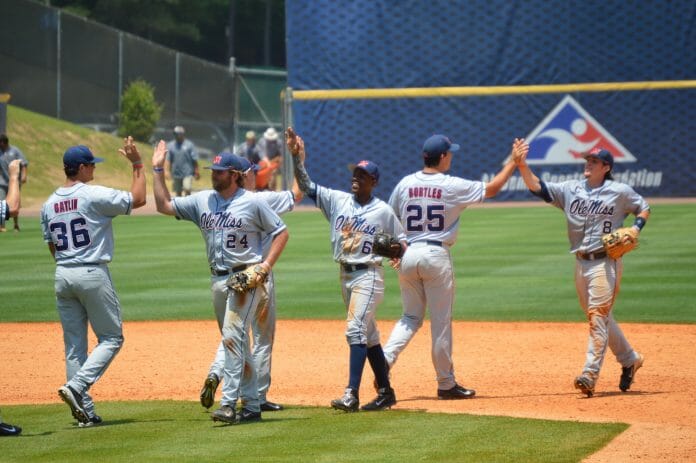 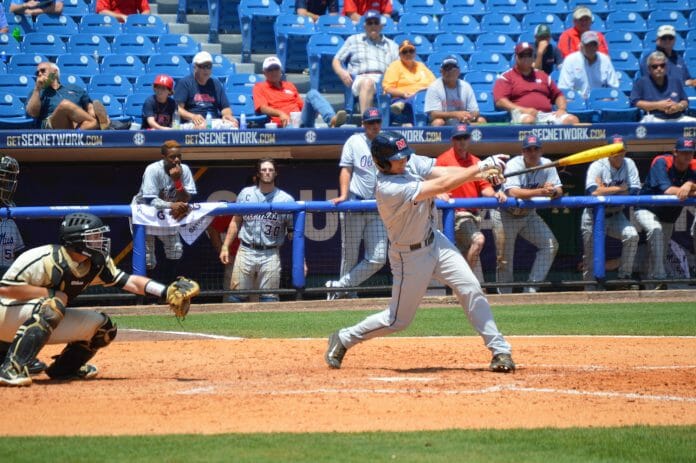 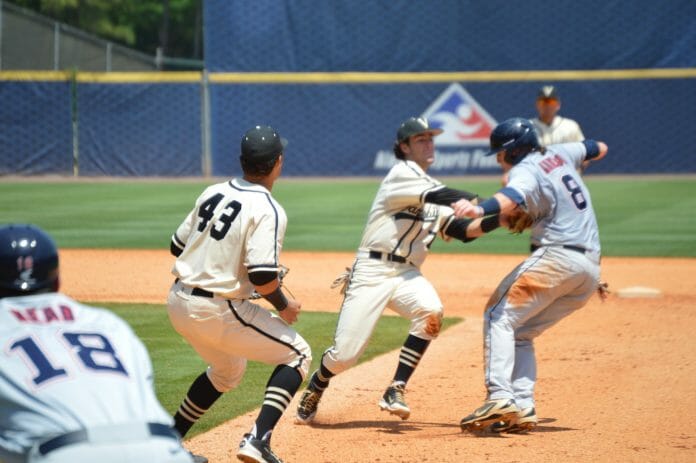 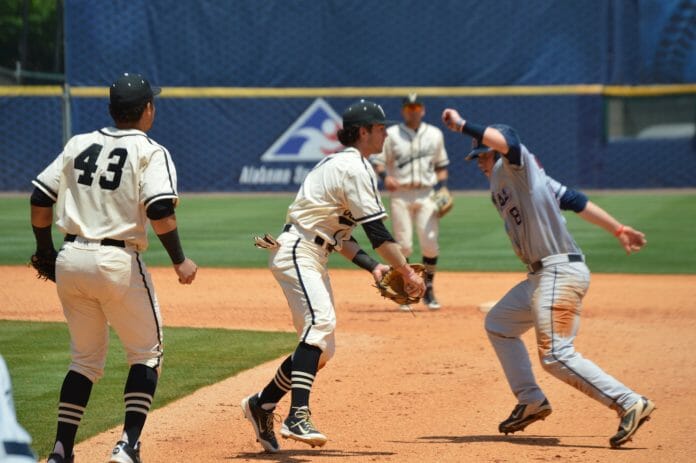 All photos by Andy Knef editor