June 2, 2014
0
459
The Ole Miss Rebels won the Oxford Regional tonight beating the Washington Huskies 3-2 in a thrilling come-from-behind victory.
SIkes Orvis drove in the winning run in the top of the 10th inning with his only triple of the year. A line smash down the right field line rattled around the fence driving in Will Allen from first base.
In the bottom of the inning, Scott Weathersby continued his clutch relief pitching retiring the tough Washington offense on a ground out, fly out and a crowd-thrilling, up-on-their-feet, screaming strike out.
Weathersby started his evening in the 6th inning getting the Rebels out of a jam. After waiting out a more-than-90-minute rain delay with assistance from the trainer, Weathersby continued pitching in the 7th and gutted out the rest of the game.
“I was getting a little fatigued but I hung in there,” Weathersby said in the press conference after the game. He admitted he suffered a cramp in his leg and needed some fluids. “It was a lot of fun out there, something I have always dreamed of. I came to the 2009 Regional here, but it was a dream come true to play in this event and help my team win.”
The Road Rebels were in the unusual position of being the visitors in this game. Sam Smith started and pitched a gritty 5-plus innings. In the top of the second, designated hitter Colby Bortles got the Rebels on the board with a smash into the left field bullpen. Coach Mike Bianco said later the big right-handed slugger was inserted into the lineup because of his hot bat in recent games. “He has been getting great swings, and he must be hitting about .500 in the last few games,” Bianco said.
The Huskies scored their first run in the bottom of the third on a single to right, but the Rebels prevented a big inning by getting the final out in a rundown between third and home.
Errol Robinson made an errant throw to allow the leadoff hitter for the Huskies on in the bottom of the 5th. That error proved costly as an unearned run scored on a sacrifice fly to left by Huskie outfielder Brian Wolfe. Only a diving catch by Braxton Lee prevented further damage on that play.
Bortles proved Coach Bianco’s hunch was on target by driving in the equalizer with a drive up the gap. Bortles was then picked off second on a move the Rebel faithful, judging by the deafening boos, clearly believed was a balk.
The skies opened up in the top of the 7th. After heavy rain, punctuated by numerous Hotty Toddy cheers, the Ole Miss grounds crew did a remarkable job of getting Swayze ready for action as the anxious crowd settled back in their wet seats.
Weathersby seemed only energized by the rain delay. He allowed a few runners, but worked relentlessly out of trouble in the next 5 innings.
In the bottom of the 10th, the Swayze crowd was on their feet for the whole frame. With the final strikeout, the Rebels embraced their battling pitcher and the entire Ole Miss community awaited the results of the Mississippi State, Louisiana Lafayette game.
Can it get any crazier? Yes it can, but Ole Miss has done its job and now will either host the Super Regional here next weekend or travel to Lafayette, La. and their chance for a trip to the College World Series.
Here are the images of the game with plenty of shots of the loyal Ole Miss fans who came out to cheer the Rebels to victory: 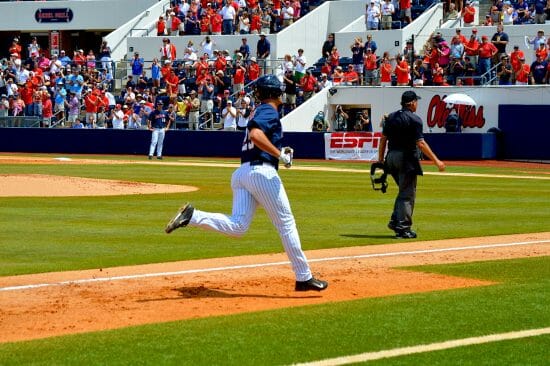 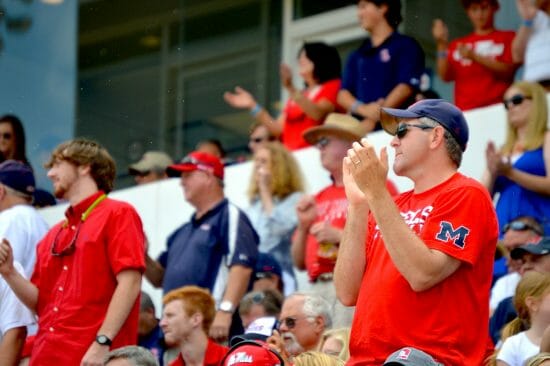 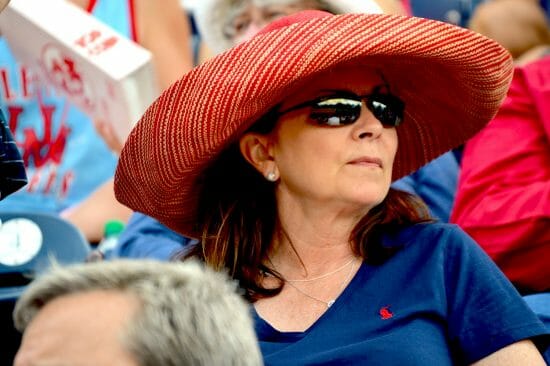 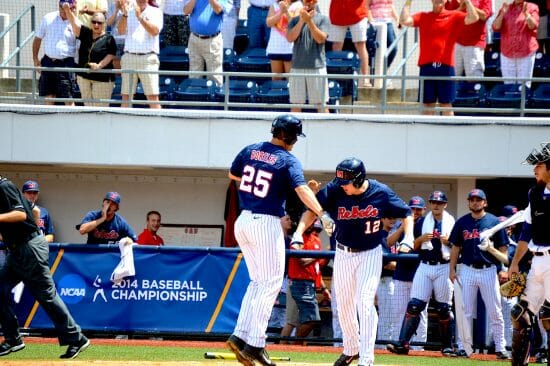 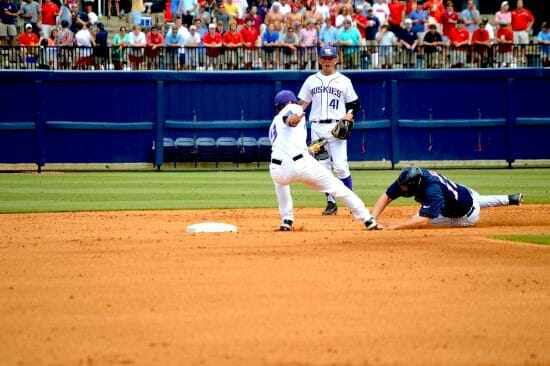 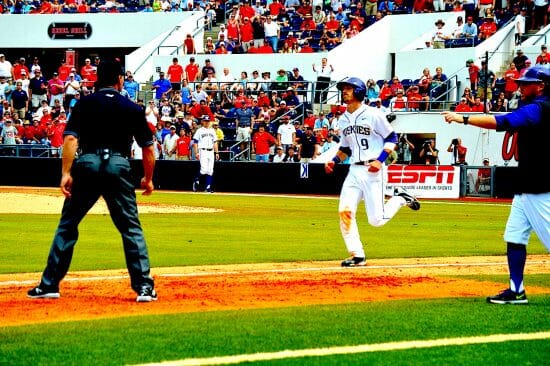 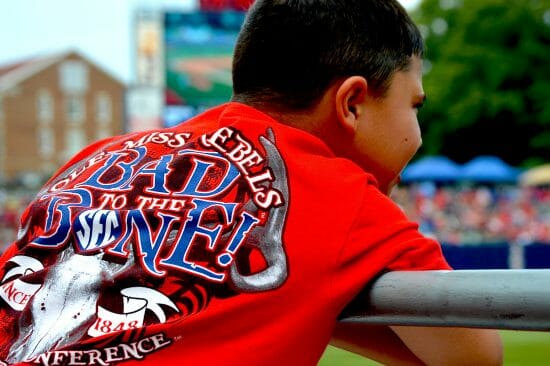 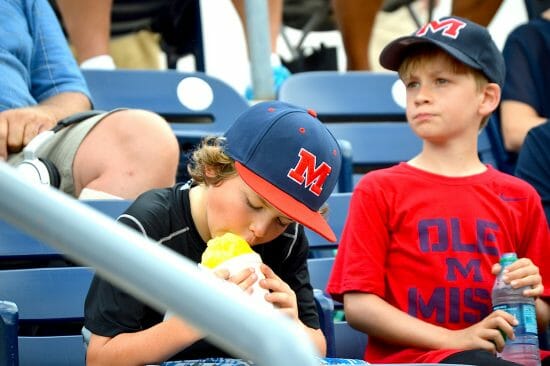 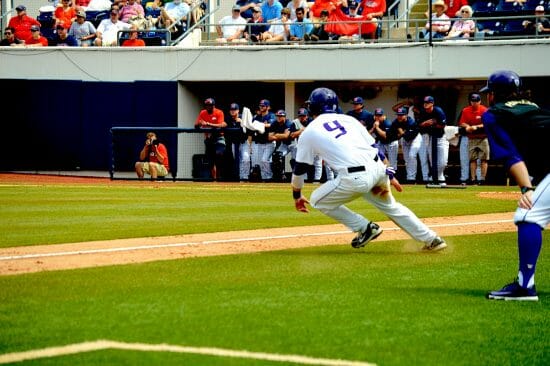 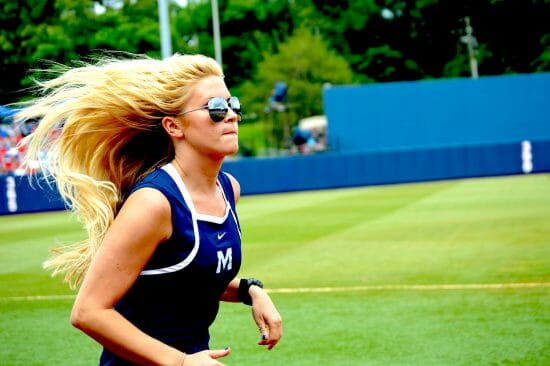 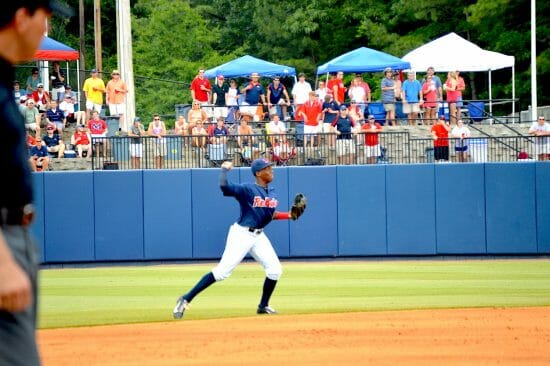 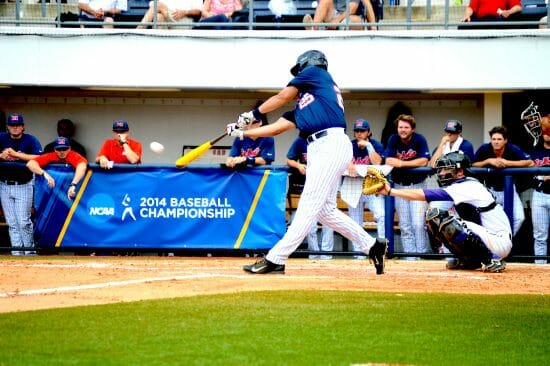 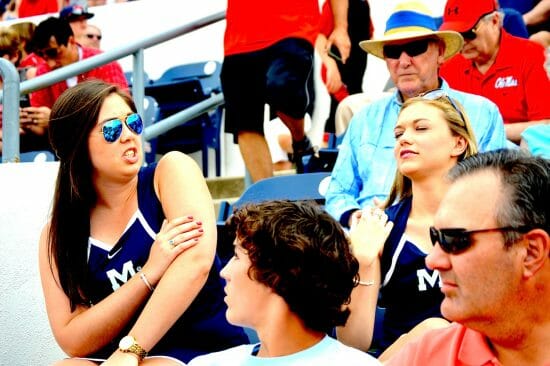 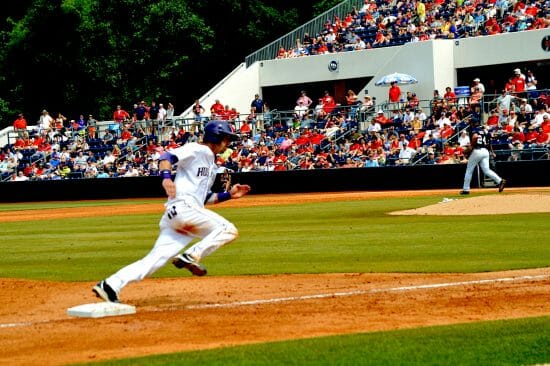 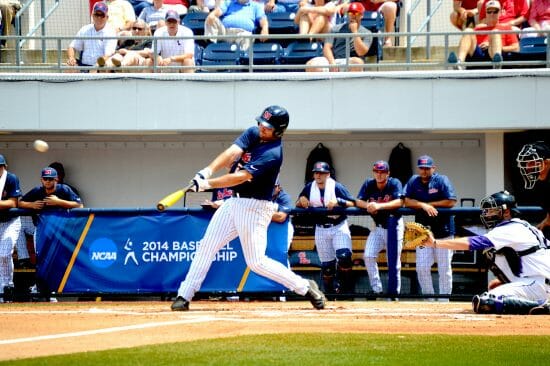 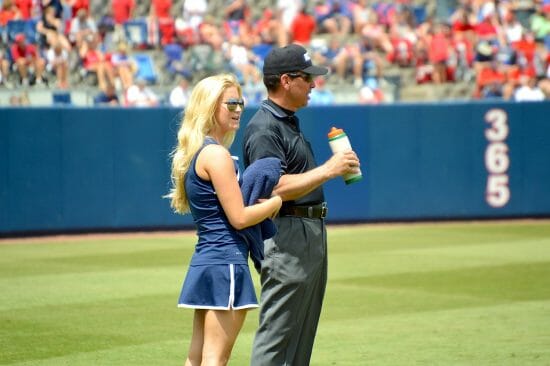 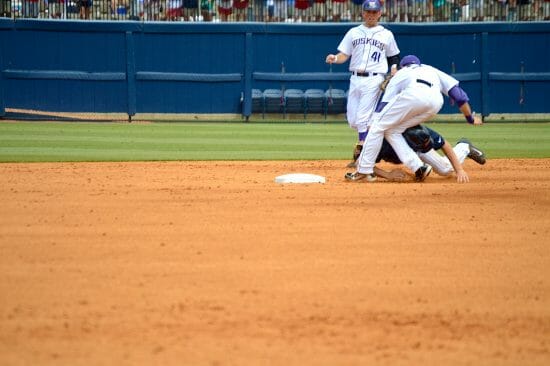 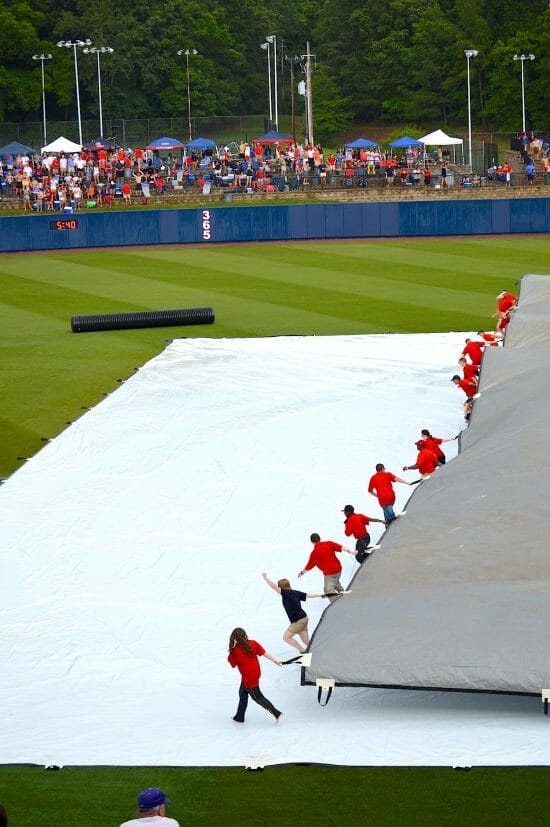 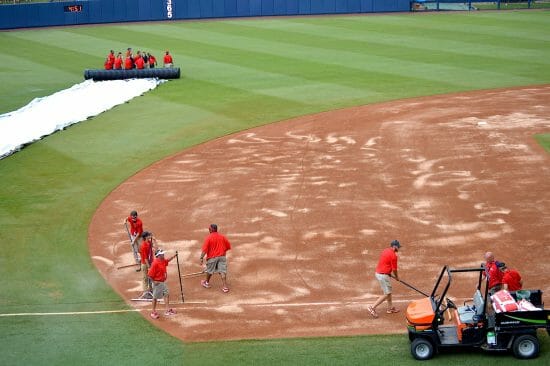 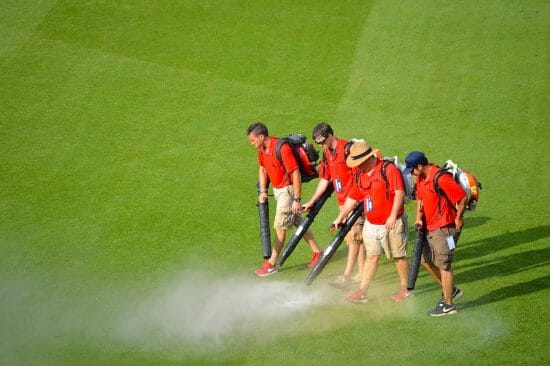