The Amazing Story of the Man Who Could Not be Broken

I saw where recently they named the grand marshal for the 126 Rose Parade in Pasadena and, oh, what a life story this man has…..
It will be Olympian and World War II prisoner of war, Louis Zamperini, a true American hero who survived incredible hardships. Zamperini’s amazing story is the subject of the best seller ‘Unbroken.’ The book was written by Pulitzer Prize winning author, Laura Hillenbrand. 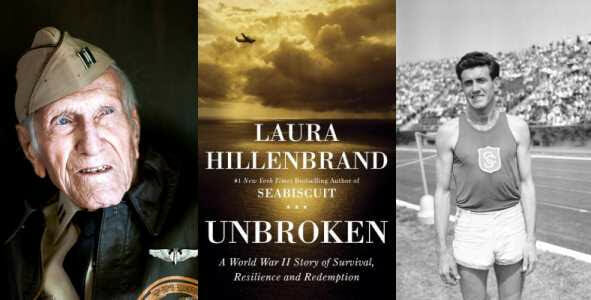 In December of 2014 Universal Pictures will release the movie, “Unbroken,” which is being directed by Angelina Jolie.
Born in 1917 to Italian immigrants, Zamperini moved to Torrance, California in 1919. Ridiculed by kids because he couldn’t speak English early in elementary school, he started beating up the bullies. A smoker by age five, Zamperini was a tough young man.
He was incredibly fast as a kid. His favorite trick was stealing beer from bootleggers and running from them. He was such a menace that the police intervened.
His brother, the chief of police, and my principal got together and said, “What are we going to do with this kid?”
Thinking he could use his speed for something besides stealing, they talked him into track. His first race, a 660 yard run, he did poorly because he’d been smoking and hijacking booze.
But he soon stopped all that nonsense and realized he had a gift of speed. In 1934 Zamperini broke the world’s interscholastic mile record. His time of 4:21 stood for two decades.

He later said that whatever you do, do wholeheartedly. When he was a troublemaker, he was 100% into it. When he left that for running, he was all in.
He qualified for the Berlin Olympic Games in 1936. In the 5000-meter Olympic final, Zamperini finished 8th, but ran the last one-forth mile in just 56 seconds. So fast, that Adolf Hitler himself insisted on meeting him. So he went over to see him. Hitler reached down, shook his hand kind of flimsy like and said, “Ah, the boy with the fast finish.”
He went on to star at the University of Southern California and ran the mile in 4:08 and 3/10 seconds, an NCAA record for 15 years. He most likely would have been the first human to break the 4 minute mile, years before Roger Bannister would do it, but WWII came and he stopped running to serve in the military as as a bombardier in the South Pacific. 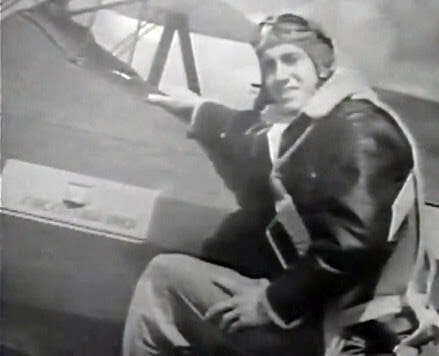 While on a reconnaissance mission, Zamperini’s aircraft crashed into the Pacific Ocean 850 miles west of Oahu. They were floating in the middle of 65 million square miles of water. Eight of the eleven were killed in the crash.
“They say there’s no such thing as an atheist in a foxhole,” Zamperini once said. “Well you can multiply that a few times on a raft. That’s all you do on a raft. I don’t care if you’re an atheist or what you are. When you reach the end of your rope and there’s nowhere else to turn, your atheism isn’t gonna help you. You’re gonna turn and look up. So that’s all we did on the raft was pray morning, noon and night. Then we had to learn how to start surviving off of the ocean. There are some things that are not part of our food chain but when you’re starving, you’ll eat it!
With little food and no water, Zamperini and the two others subsisted on captured rainwater and small fish eaten raw. They caught two albatrosses, which they ate and used to catch fish, all while fending off constant shark attacks and nearly being capsized by a storm. One day they saw a plane. Zamperini shot off a flare, but it turned out to be a Japanese plane. It strafed them, forcing them to jump out of the raft. They had to kick and punch sharks while bullets hit all around them. Somehow, they survived. A few days later one of the men, tailbunner McNamara, died after thirty-three days at sea. Zamperini said a brief eulogy and slipped him into the sea.
On their 47th day adrift and after floating for 2000 miles, Zamperini and Phillips reached land in the Marshall Islands and were immediately captured by the Japanese Navy. They were 65 pounds and could only crawl. Within 48 hours they were transferred to Kwajalein — “Execution Island.” They were held in captivity in tiny cells. The guards told them previous U.S. prisoners had all been executed by decapitation, Sumarai style.
“Here you are 65 lbs., constant diarrhea,” he recalled. “You’re starved. They throw a rice ball; they don’t give it to you. It falls on the floor. You spend hours picking up every grain of rice mixed in with the dirt.”
After 43 days of captivity, he was sent to a POW camp in Japan. Then to Omori where he met Matsuhiro Watanabe, a.k.a., “The Bird.” The Bird (photo below) was determined to break the spirit of the Olympian. 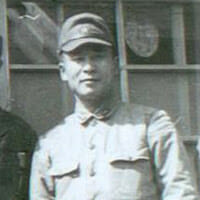 It has been told the Bird made him hold a heavy log over his head for 38 minutes and then kicked him in the gut repeatedly. His torture went on until the end of the war in 1945. Before the end of the war, he was declared dead. His mother received a $10,000 check from the Government. She refused to ever cash it, believing her son was still alive.
For two and a quarter years, Zamperini was a captive of the Japanese military. He was subjected to medical experiments, starved, beaten and interrogated. He was forced to race against Japanese runners, winning even though he knew he’d be clubbed as punishment.
Somehow, he survived and the War ended in 1945. Haunted by memories of the Bird, he came home and tried to run again, but his ankle had given out on him.
In 1946 he married Cynthia Applewhite, to whom he remained married until her death in 2001. After the war and suffering from severe post traumatic stress disorder (one night he accidently started to strangle his wife while having a nightmare), he started drinking heavily. Filled with rage, he planned to go back to Japan and kill the Bird, but could not raise the money. Fed up, Cynthia to say she would divorce him unless he would go to a crusade with her led by a young evangelist named Billy Graham in 1949 in Los Angeles.
Graham spoke about forgiveness and faith. Zamperini said that night he gave his life to Jesus Christ. 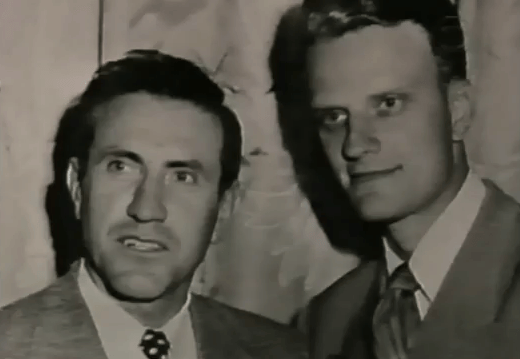 “I forgave all my guards including the Bird,” he said. “I think proof of that is I had nightmares every night about the Bird since the war. The night I made my decision for Christ, I haven’t had a nightmare since — 1949 till now! That is some kind of a miracle.”
The young boy, who grew up always wanting to get even, came full circle in 1950. Zamperini traveled back to Japan to forgive the prison guards that tortured him. The Bird refused to meet with him, but he spoke with many of the former guards. In 1998, he again returned to Japan to run with the Olympic torch before the Winter Games in Nagano.
When Laura Hillenbrand wrote Unbroken she formed a special bond with Zamperini. Hillenbrand has battled Chronic Fatigue Syndrome for decades. It took her seven years to write Unbroken because of fatigue. She had many phone conversations with Zamperini but never met him in person. They became extremely close.
After the book came out, Zamperini was on the east coast where Hillenbrand lives, so he went to her home. They had an emotional meeting. Zamperini then gave her his Purple Heart. He said that she inspired him because she has battled her challenge for decades. He said his challenge was intense, but was for just over two years.
God willing Mr. Zamperini makes it a few more months to be the Grand Marshal of the 126th Rose Parade. Based on his lifetime commitment to exercise, I would lay odds he will be around for years. When he was 86 his levels were 110/60, a 60 pulse, 185 cholesterol and was told he had the vitals of a 35-year-old. 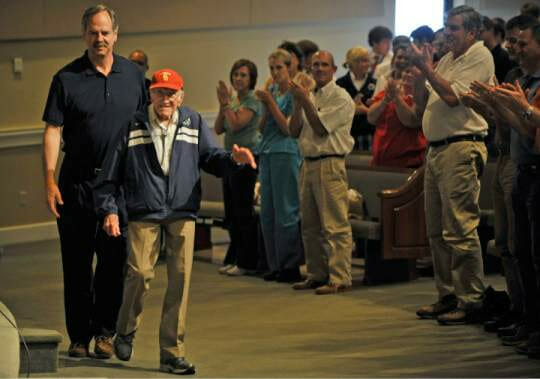 “And with all I’ve been through,” he said at the time, “they thought I’d be dead by 55! I almost did lose a kidney after being dehydrated on that raft and fighting those sharks. But the kidney bounced back.”
Here is the moving preview of the December film ‘Unbroken.’ This short video is narrated by Tom Brokaw.
Video – the amazing life story of Louis Zamperini