September 2, 2014
1
4037
The Vassallo Interviews — Steve Vassallo is a HottyToddy.com contributor who interviews Oxford’s and our region’s leading personalities.
Steve said,  “Hoppy Langley (former No. 4 for the Rebels) is one of the greatest field goal kickers in the history of Ole Miss football, if not the greatest. As a freshman, Hoppy got the Bear’s attention when he kicked the winning field goal to defeat the Tide in Jackson. Now three-plus decades later, Hoppy and his beautiful wife, Stephanie, are planning their move to Oxford.
HottyToddy.com — Hoppy, to start out with, you have got to share with everyone where the name “Hoppy” originated.
Hoppy Langley — When I was small boy, I used to love to watch the Red Skelton comedy hour. He played a character named Clem Ka Diddle Hopper. Unable to pronounce the entire name, I would ask my mom when “Hoppy” was coming on. She thought the way I said “Hoppy” was cute so she started calling me “Hoppy” and my nickname was born.
HottyToddy.com — You continue to follow the Rebels closely. You’re a huge fan of Bo Wallace. Tell our audience (in your opinion) why Bo is so special and highly gifted.

Hoppy Langley — At this point, I would say Texas A & M. On offense they spread you out and they give you a lot of different looks. Their defense is much improved too!
HottyToddy.com — Compare Oxford now to the one you knew in the 1970’s.
Hoppy Langley — The Oxford of now compared to the one of the 70’s is totally different! Oxford today offers all of the modern-day conveniences and at the same time allows people to reconnect with the past. Even if this isn’t your home, when you come here, you feel like you are home!
Hoppy Langley is one of the reasons thousands of diehards (like me) continue to follow the Rebels through thick and thin. Once a Rebel, always a Rebel. You can count the number of times with your fingers that we’ve defeated Bama in our lifetime. In Hoppy’s case, he can do it with his toes!
Steve Vassallo is a HottyToddy.com contributor. Steve writes on Ole Miss athletics, Oxford business, politics and other 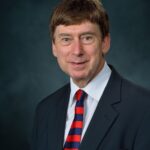 The Ole Miss Rebels battled back from a 15-point deficit in the second half of their game against the Georgia Bulldogs, coming just short...
Read more
Basketball

The Ole Miss men’s basketball team returns to the court on Saturday as they play host to the Georgia Bulldogs. Tipoff is set for 11 a.m. on the SEC Network.
Read more
Headlines

More Qualify to Run for Oxford Board of Aldermen Seats

A few more people tossed their hat into the ring to become an Oxford alderman during the second business week since the qualification period...
Read more
Crime Report

The Lafayette County Sheriff's Department is asking the community to help them find a man who allegedly tried to break into the Abbeville Mini Mart early Friday.
Read more
Latest Videos