Adams: An Inspiring Decision by my Son

This week my 21 year old son Jack Adams took his oath to serve his country in the Navy. He begins Basic in a few months. As a parent, when a child makes a decision like that it creates all kinds of feelings beyond pride and it makes you reflect about all the people involved in influencing him and helping him to grow to this kind of man.
I once interviewed Bill Cosby on the set of the show he used to host called Kids Say the Darndest Things! I asked Bill about parenting and he said, “Charlie, one thing that is important is to always realize you are their parent and not their friend. You can be their friend later in life as adults.” I have always tried to remember that approach.
In my new Talk on how the miracle on ice came to be, I have done extensive research on the leadership of their genius coach Herb Brooks. While he was extremely tough on the players through their seven month journey to gold, he also loved them. With the world’s media hanging on his every word at the press conference after the gold medal game in Lake Placid, Herb said this: “If you’re a father you kick your son in the ass a few times, as I do too. You love your sons, as I love this hockey team.”
All twenty players were on the interview podium, some with beers! They all smiled when Herb revealed his love for them. Now in their mid 50’s, to this day they appreciate that he was able to pull greatness out of them with his demanding ways.
One of the reasons audiences embrace the message of this new Talk is that I share the powerful role parents and grandparents had in the molding of the twenty young men who would galvanize America, start the end of communism in the Soviet Union, save the Winter Games, and help stimulate the 1980’s economy.
In studying the families of the twenty players I have found the parents emphasized that if you started something, you did your best and finished it. They disciplined their kids, and loved them. They fostered patriotism and faith in homes. They preached work ethic, teamwork, and love for one another.
The father of one player would get home at work after dark and yet still go with his son to a local pond, turn the headlights on in his truck, and watch his kid practice for hours. Don Craig, the father of goalie Jim Craig, worked 7 days a week managing the food department of a Junior College, yet was never too tired to play with all his kids upon getting home. Margaret Craig, Jim’s mother, had many talks with him telling him that, yes, he could be an Olympic champion one day.
Mark Johnson, who would score two of the four goals in the 4-3 win over the Soviets, had a grandmother who would open the oven to help warm his feet after he had been out all day practicing skating and hockey.
With my kids, I have encouraged them to do well academically but I also tell them all the things I hear from event planners and company leaders that bring me in to deliver motivation. I tell them that company leaders are looking for people with positive attitudes and solution centered approaches. They want team players and people that can embrace change. They want people that really understand customer service.
With Jack, one requirement I had for him was to work for a Chick Fil A to learn attitude and customer service. Of all the years I have been writing this Tuesday enewsletter, the one that got by far the most Opens was the one I did on him sharing what he has learned working at Chick Fil A
click here to read that article
Another thing I have done is take him and my kids on the inspirational group trips I host from time to time. This summer he went with us to Valley Forge, Philadelphia and the Rocky steps, the 9 11 Memorial and new Museum, a Broadway play, Gettysburg, and the Flight 93 Memorial in Pennsylvania.
When I was growing up my mother taught at Duke and put in Reading programs all over the country. She would take me and in places like New York City drop me off at the Smithsonian in the morning and say she would be back at 5 to pick me up. Parenting like that really influenced me to eventually get into the power of motivating. 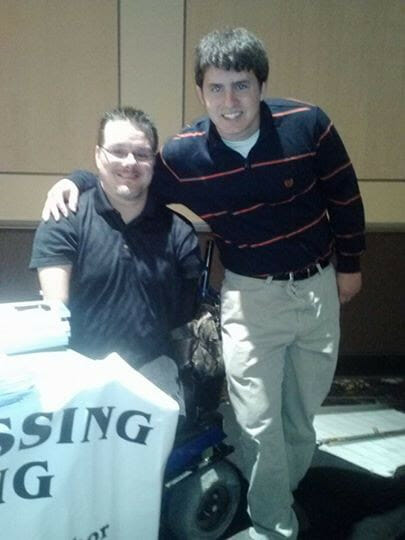 Another thing I have done with Jack over the years is take him to hear inspirational speakers. This past May he heard Brett Eastburn, born with no arms, no legs, and no handicaps or disabilities. Jack left the room inspired and with the attitude that if Brett can do anything, so can he!
I am very proud of my son and all of those who serve our country, and I look forward to seeing where his adventures take him!