Saturday night, an old rivalry will be renewed in Baton Rouge on the banks of Lake Pontchartrain as the No.3 Ole Miss Rebels take on the No. 23 LSU Tigers.
The Rebels are coming in undefeated at 7-0 with one of the best defenses in the nation. Coach Hugh Freeze and his staff have assembled a stout defense that really gets after opponents’ offenses, allowing six touchdowns in seven games. The Landshark defense has scored four touchdowns and has forced two or more turnovers in six games.
Landshark defenders Cody Prewitt, C.J. Johnson, Deterrian Shackelford, Robert Nkemdiche and Senquez Golson are cornerstones of the Ole Miss defensive attack. 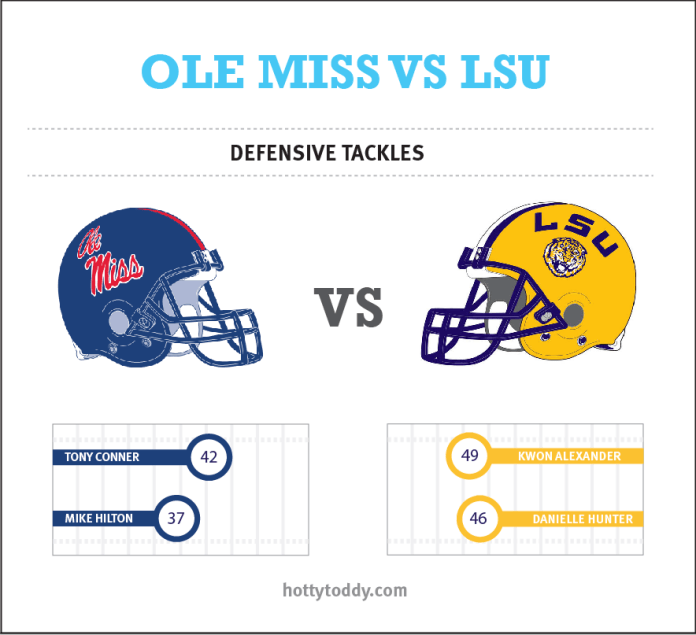 Ole Miss only allows their opponents to score 10.6 points per game. Another key aspect of the Landshark defense is its 15 interceptions. the Rebels lead the conference and are tied for first in the nation in that category.
Ole Miss is firing on all cylinders this season with stellar quarterback play from Bo Wallace who has thrown for 17 touchdowns and 1,899 passing yards. In all four SEC games, Wallace has not thrown a interception or turned the ball over.
This season, Wallace has had a plethora of receivers to involve in the action between Laquon Treadwell, Vince Sanders, Cody Core and Evan Engram. They’ve all played a crucial role in every win this season. 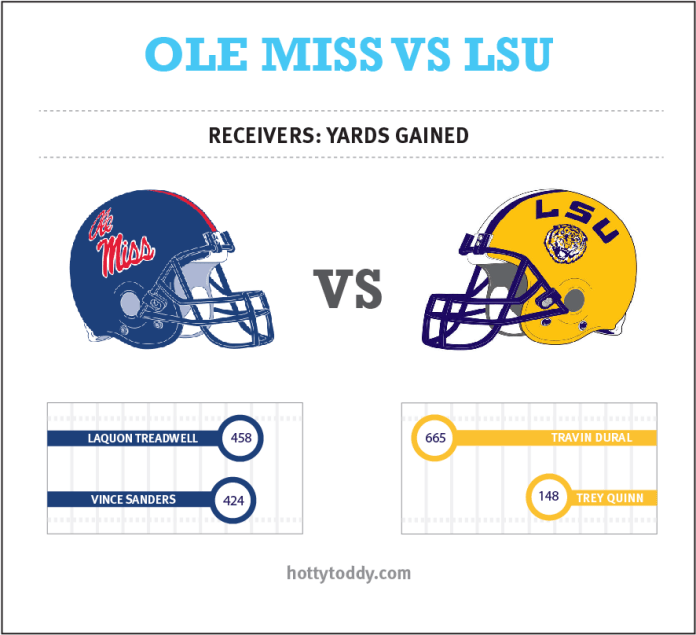 The LSU Tigers are 6-2 on the season and have very good strengths that give their opposition fits.
Coach Les Miles club boasts a very strong running game led by Leonard Fournette who has carried the ball 108 times for a total of 544 yards and 7 touchdowns on the season. The Bayou Bengals also feature an improving passing game with receiver Travin Dural amassing 665 yards with seven catches taken to the house.
This offensive attack orchestrated by quarterback Anthony Jennings served them well last weekend against the University of Kentucky in a 41-3 victory. 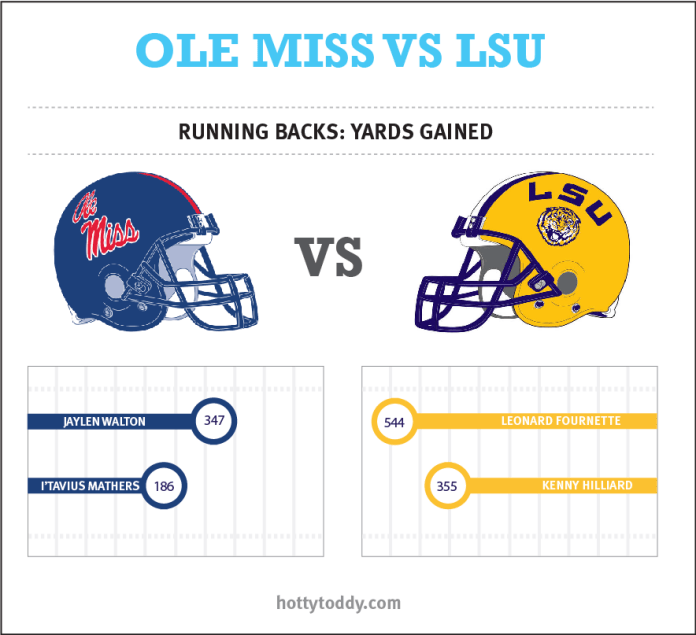 The LSU defense has gotten stronger as the season progressed — the Tigers are holding their opponents to an average of 17 points per game. The Tigers have allowed a total of 136 points scored this season.
This rivalry game is usually not for the faint of heart with the contest usually coming down to the final seconds. Last season, the Rebels shocked the nation by defeating No. 6 LSU 27-24 off of the foot of senior Andrew Ritter on a 41-yard field goal. The winner will receive the Magnolia Bowl trophy, which was introduced in 2008.
Kickoff is set for 6:15 p.m. on ESPN. It will be a night game between two schools that put everything on the line for 60 minutes.
Adam Brown is HottyToddy.com sports editor and can be reached at adam.brown@hottytoddy.com.