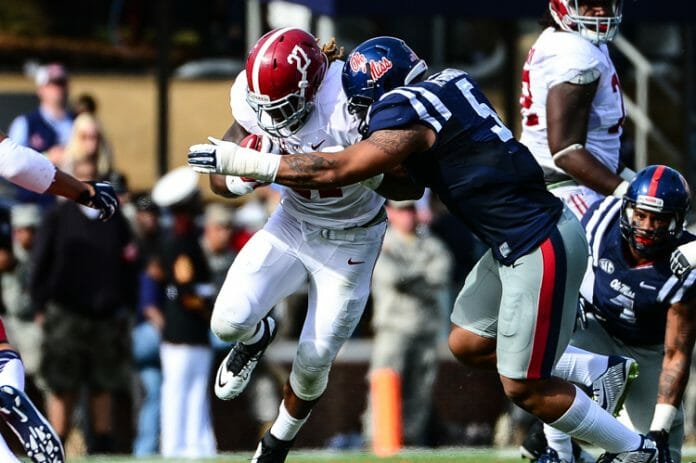 Can you envision the Ole Miss defensive wall without Robert Nkemdiche anchoring it?
What a frightening thought as I cannot! This young man along with Hugh Freeze have brought the Ole Miss football program back to life. Pronounced dead in 2011, there is new and exciting life greater than anyone could have ever envisioned at this juncture less than three years later. 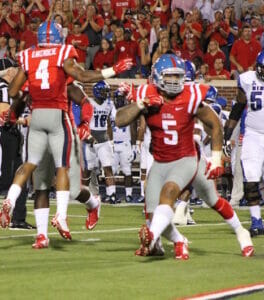 The primary reason is Robert. Not only has he performed like an All-American on the field, he has helped introduce and bring some of the most gifted athletes in the United States to Oxford. Now we can say thank you to Robert and his family by voting for him online (it will cost you a buck to cast your vote) in the 45th Rotary Lombardi Award.
Robert is one of 12 outstanding athletes who have been nominated for the prestigious award with the recipient being named December 10th at the Bayou Music Center in Houston which I plan to attend.
The other players nominated are from our SEC schools of Auburn, Missouri and Mississippi State along with candidates from Clemson, Ohio State, Michigan State, Washington, Utah, Iowa, USC and Arizona. Robert is only one of three sophomores on the ballot!
I feel as if I’ve known Robert all my life. Can you imagine what a lifetime ambassador he will become for Ole Miss? This is what makes Ole Miss football so wonderful. It’s not only about the great victories and nail-biting defeats, but more importantly about the great individuals like Robert who are making incredible sacrifices to excite us!
Let’s not let Robert down. Rebel Nation, we can make a statement, just like Robert has each and every time he takes the field. No. 5 will forever be a favorite in my mind similar to Joe D who once upon a time embraced this same jersey number for another championship organization.