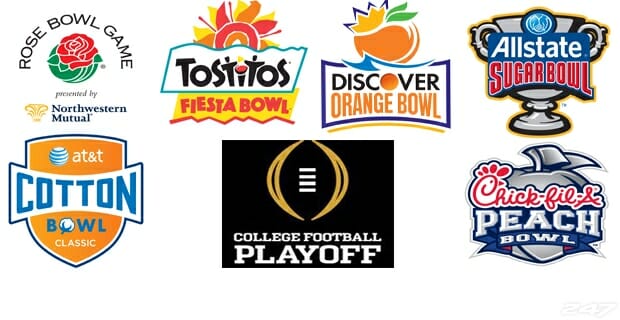 As the speculation and excitement continue to mount, the possibilities appear not to be as many as first thought. However, those that are still possible should be of major interest to anyone’s fan base.
Orange Bowl — I just spoke to Larry Wahl of the Orange Bowl Committee and because the Orange is a “contract bowl” this year, it must take the highest ranked Big Ten team or SEC team to meet the highest available ACC team. As of right now Ole Miss would be blocked by both Michigan State and/or Mississippi State. This appears a long shot at best, however, I would not be making hotel reservations in either Dade or Broward Counties. As to next year, the Orange will be included in the championship series.
Citrus, Outback and Gator — One of these three bowls appears to be the most likely with the Citrus (Orlando) getting first pick. All of these bowls are most attractive and should draw a Rebel stampede.
Cotton and Peach — These bowls along with the Fiesta will select teams high on the CFP ranking list after the final four are chosen. Although the new rankings are a day away, Ole Miss’ #13 AP ranking could be an indication where we’ll fall. Currently, both Missouri and Georgia are behind us in the AP tally.
So what does this all mean? Here’s my prediction:

Ole Miss had one of the most difficult schedules this season possible starting with Boise State who now is 10-2. It appears now that ten of our opponents will be included in bowls!