The Ole Miss Rebels take on a high octane offense in the TCU Horned Frogs on New Year’s Eve in the Chick-fil-a Peach Bowl, marking the second time this season the Rebels will take the field in the Georgia Dome. 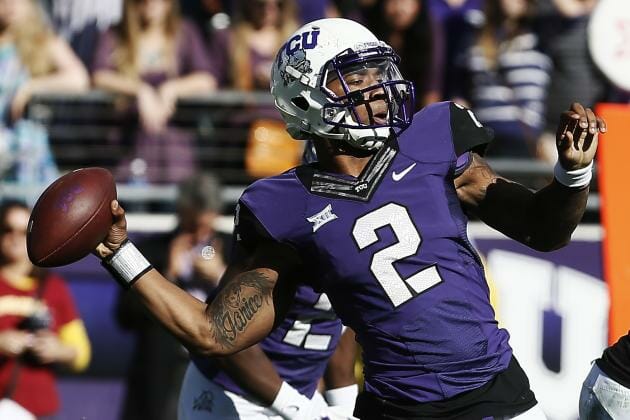 TCU comes into the game with a record of 11-1 and co-champions of the Big 12 conference, their only loss coming to Baylor 61-58.
The Horned Frogs scored 562 points on the year while only allowing their opponents to score 244. TCU averages 46.8 points per game while allowing 20.3 to be scored on them.
On the season, TCU scored 139 points off turnovers, and teams that have faced them have only put 32 points on the board off takeaways.
TCU coach Gary Patterson has done a tremendous job with his team, earning him the accolade of Big 12 coach of the year.
Patterson led his squad to a huge win over Minnesota 30-7 in non-conference play, and the Horned Frogs defeated Oklahoma, Oklahoma State and West Virginia. TCU also welcomed Kansas State and took them down 41-20 to stay in the hunt for the Big 12 championship and a chance to be in the first ever College Football Playoff.
The Horned Frog offense has a true dual treat quarterback with Trevone Boykin at the helm, who has passed for 3,714 yards with 30 touchdowns on the season and an efficiency of 146.6.
The Ole Miss Landshark defense has given opposing offenses fits this season, only allowing 13.4 points a game on the year outside of the Arkansas game, making a matchup with a team that has a quarterback and offense who has put up more than 6,500 yards of total offense.
With these two teams, a high-scoring affair should be a great first New Year’s Six bowl show to end the year with a bang. The Peach Bowl kicks off at 11:30 a.m. CST on ESPN.
Adam Brown is the HottyToddy.com sports editor and can be reached at adam.brown@hottytoddy.com.