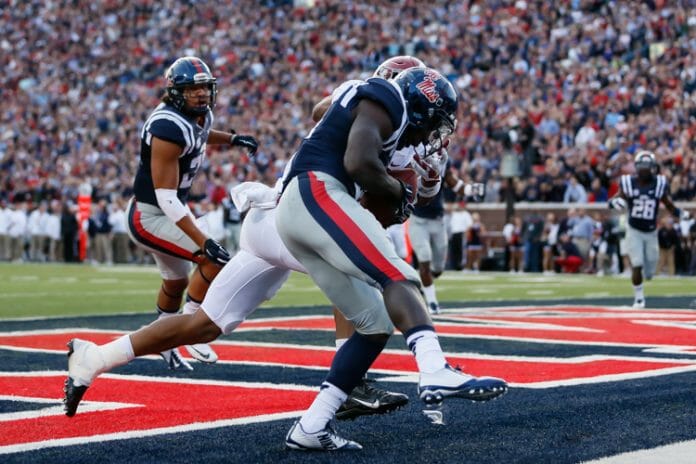 The honors keep rolling in for Ole Miss senior cornerback Senquez Golson.
On Thursday evening, it was announced at The Home Depot College Football Awards Show that Golson is a member of the 125th Walter Camp All-America team, the nation’s oldest college football All-America squad. 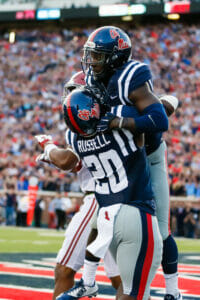 A native of Pascagoula, Golson is the first Ole Miss player named a first team All-American by the prestigious organization since Michael Oher in 2008.
Golson is the 56th first team All-America selection in Ole Miss football history and the 48th individual in program history to earn the honor. He is the first Ole Miss cornerback to earn that status since Ken Lucas in 2000.
It’s the second straight year that a Rebel has earned first team All-America status. Cody Prewitt was a first-team selection by the Associated Press, USA Today and Lindy’s Magazine last year.
Golson was previously named first team All-America by CBS Sports and first team All-SEC by the AP and league coaches. He was one of three unanimous choices by the AP. A finalist for the Bronko Nagurski Trophy, which goes to the national defensive player of the year, he leads the SEC and ranks second nationally with nine interceptions. His theft in the back of the end zone sealed the Rebels’ 23-17 win over No. 1 Alabama. He also has 41 tackles, three TFLs, eight pass breakups and two quarterback hurries.
The 2014 Walter Camp All-America team will be honored at the organization’s national awards banquet on Saturday, Jan. 17, 2015, at the Yale University Commons in New Haven, Connecticut. In addition, the Foundation will recognize three individuals – broadcasting legend Verne Lundquist (Distinguished American), former Notre Dame and Pittsburgh Steeler standout running back Jerome Bettis (Man of the Year) and former Air Force All-American and Dallas Cowboy Chad Hennings (Alumnus of the Year) – with major awards. The Foundation is offering a “Holiday Ticket Promotion” for the National Awards Dinner. Buy two tickets for $450 (you save $150) before December 31.  Please call (203) 288-CAMP (288-2267) for more information.
Walter Camp, “The Father of American Football,” first selected an All-America team in 1889. Camp – a former Yale University athlete and football coach – is also credited with developing play from scrimmage, set plays, the numerical assessment of goals and tries and the restriction of play to eleven men per side. The Walter Camp Football Foundation – a New Haven based all-volunteer group – was founded in 1967 to perpetuate the ideals of Camp and to continue the tradition of selecting annually an All-America team.
Courtesy of Ole Miss Sports Information