Eight Luckiest Dishes to Dine on for a Happy New Year 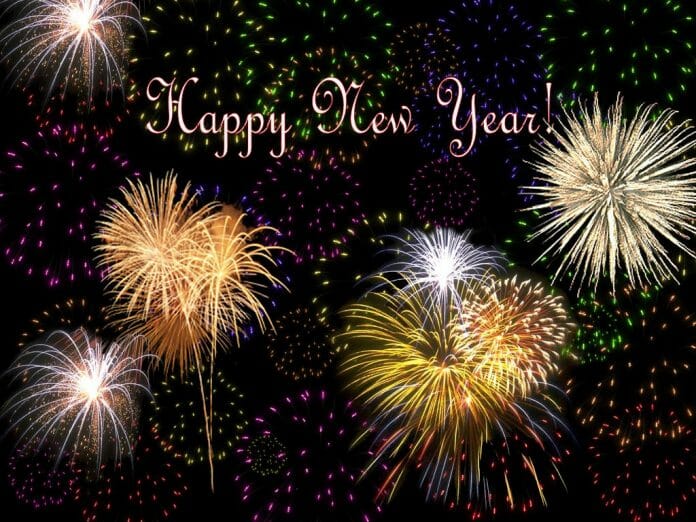 For most people January 1st is a time for new beginnings and hopes for a prosperous and healthy New Year. It’s also a time in a lot of households to fix that traditional food or meal which is believed to facilitate that good fortune.
There are a variety of foods that some people just wouldn’t think of starting the New Year without. From grapes to greens, these dishes have to be present on that New Year’s table almost as certainly as the midnight toast from the Eve before.
We asked some of our Hotty Toddy reader’s what their epicurean delights of luck were and here are the top 8 responses. Get ready for your taste buds to be tantalized and possibly your luck to change when you discover these traditional dishes that have been tried and true throughout the generations (well, throughout a few years anyway)…
In no particular order – the Top 8 New Year’s foods for luck:

1. Hog Jowl & Black-eyed peas: Hogs and pigs have long been a symbol of prosperity and gluttony throughout history. Have you ever wondered why when someone takes more than their share of something, they’re called a pig? Now you know. Why the jowls of the hog? Well, they’re great seasoning for those black-eyed peas that have their prosperity properties dating back to Babylonian times. And according to legend, during the Civil War, Union soldiers considered any kind of field peas as simple animal fodder. So they didn’t bother with burning those fields and southern families used black-eyed peas and other legumes to sustain themselves throughout the war.
2. Cabbage & corn bread: Cabbage is flat, green leaves and coincidentally so is money. See the connection? And cornbread is usually the color of gold. What better two foods to eat in the hopes of hitting the lottery in 2015?
3. Turnip greens: Refer to No. 2. And another plus factor for greens of any kind: the more you eat, the more your health should prosper too.
4. Fatback: This pork is very tough and extremely salty and looks just like a thick slice of bacon but is more difficult to chew. As one of the cheapest cuts of meat, it rose in popularity during the depression era of the South. Eating this is said to ensure good health in the coming year.

5. Whole fish: Reportedly, the Chinese word for “fish” sounds like the word for “abundance,” one of the many reasons fish has become a good luck food. Also, Rosemary Gong writes in Good Luck Life, her book on Chinese celebrations, that it’s important for the fish be served with the head and tail intact to ensure a good year, from start to finish.
6. Pomegranate: Their red color, which represents the human heart, denotes life and fertility; their medicinal properties represent health; and their abundant, round seeds represent prosperity—all things everyone hopes for in the New Year.

7. Grapes: In Spain people eat twelve grapes at midnight—one grape for each stroke of the clock. This dates back to 1909, when grape growers in the Alicante region of Spain initiated the practice to take care of a grape surplus.
8. Cakes: Because of their roundness, cakes symbolize the eternal, the never-ending and continuity. In certain cultures and traditions, trinkets or coins are baked inside the cake and whoever gets the piece that ends up with the special prize will surely have good luck throughout the year.
Just as there are foods we must eat, there are also foods one shouldn’t eat on the eve of the New Year or the day itself. Anything, for example, that moves backward or is able to fly away, because it’s a definite we don’t want to be in reverse mode for the upcoming year or our newfound good luck to fly out the window.
Foods such as chicken because they scratch backwards, lobsters because they move backwards and any winged fowl because they can fly away with your good luck, are highly discouraged. Well, discouraged if you’re eating for luck, that is.
Happy New Year everyone!
Angela Rogalski is a HottyToddy.com staff reporter and can be reached at angela.rogalski@hottytoddy.com.

Cannonball for the Cure Nets $150K