Vassallo Interviews: Byron Hill and Wil Nance to Rock Out in Oxford 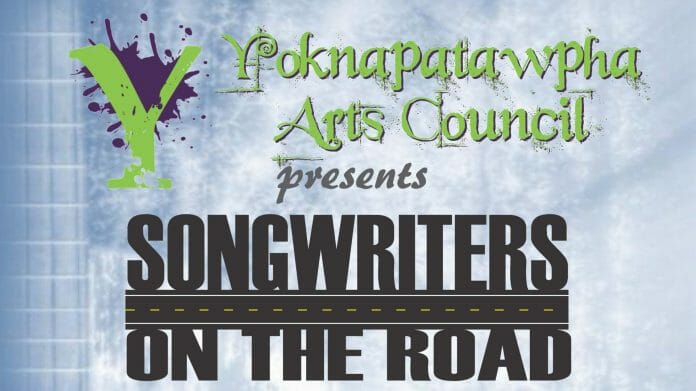 Byron Hill and Wil Nance, two sensational songwriter/performers, from Nashville will be performing in Oxford on February 6th at the PowerHouse. These gentlemen have outstanding credentials! All attending next Friday night are in for a very special treat.

Wil Nance hit the top of R&R and Billboard with his #1 Brad Paisley smash “She’s Everything”, a song on “Time Well Wasted”, the multi-platinum 2007 CMA Album of the Year. He also landed on “Troubadour,” George Strait’s Platinum selling, Grammy-Winning 2008 CMA album of the year with a song called “If Heartaches Were Horses.” In 2009 George Strait cut another Wil Nance song: “Where Have I Been All My Life” which is on the George Strait’s album “Twang.” In 1999 Wil received a BMI award for “Round About Way” a #1 hit single for George Strait, and is a song on the multi-platinum CMA Album of the Year “Carrying Your Love With Me.” “Round About Way” is also on George Strait’s latest greatest hits and George Strait’s 50 Number Ones. Wil has received “Million Air” awards from BMI for George Strait’s “Round About Way” and Brad Paisley’s “She’s Everything”. In 2004 Wil received another BMI Award for his top ten Joe Nichols single “Cool To Be A Fool”. Other singles include: Blue County “I Get To”; John Michael Montgomery “You Are”; Gene Watson “Next To Nothin”; Chad Brock “You Are” and more. Plus he has additional cuts on artists Brad Paisley, Tracy Lawrence, Joe Nichols, Neal Mccoy, Craig Morgan, Diamond Rio, Sammy Kershaw, Jeff & Sherei Easter, Oakridge Boys, to name some. Wil recently landed cuts on Universal’s Easton Corbin and Warner Record’s The Farm.

HottyToddy.com: Tell us about your group first and the type of music we will be enjoying in Oxford on February 6th.

Byron Hill and Wil Nance: We are two professional Nashville songwriters who have written hits for quite a few well known artists. We play the hits acoustically, our own versions so-to-speak, and tell the stories behind each song.

HottyToddy.com: The PowerHouse has had some outstanding artists perform here. How did you all connect?

Byron Hill and Wil Nance: We heard about the venue through a contact at Ole Miss, and it was recommended as a good venue for this type of acoustic performance.

HottyToddy.com: Provide us with the pertinent details regarding the Oxford concert.

HottyToddy.com: Who all has inspired you in your profession?

Byron Hill and Wil Nance: We have both been inspired by the many great songwriters who came to Nashville before us; Kris Kristofferson, Roger Miller, Merle Haggard, Dolly Parton, and the list goes on and on.

HottyToddy.com: Nashville continues to be a magnet in the attraction of music professionals. Do you see this continuing indefinitely or is there competition on the horizon?

Byron Hill and Wil Nance: Though there are hot spots for talent all across the country, and Los Angeles and New York remain important music centers for a wide variety of reasons, Nashville continues to be the “center of the Universe” for great songwriting.

HottyToddy.com: What was 2014 like for your group as to live performances?

Wil Nance and Byron Hill (We) have played about 40-50 shows a year in various configurations, often with other professional songwriters joining in.

HottyToddy.com: What do you enjoy most about living in Nashville?

Byron Hill and Wil Nance: Just about every business aspect of our careers is handled here, publishing, and recording.

HottyToddy.com: For someone who has never been to Oxford, what are your expectations?

Byron Hill and Wil Nance: I have a feeling we are going to see a historic town, experience some interesting southern culture, and meet some fine people.

HottyToddy.com: I’m going to throw some names out and give us your initial, brief response. Here we go…

The Beatles
Inspiring to generations of people. Truly gifted talent.

Willie Nelson
No doubt, at the top of our bucket lists to get one of our songs recorded by.

George Strait
No other Country artists has had such a sustained career beyond just the fame.

Katie Perry
Though not all her stuff knocks me out, I love the powerful song “Roar” because it says so much to so many.

HottyToddy.com: What type of music is currently the most popular in Nashville?

HottyToddy.com: A Nashville flashback question–Have you ever performed in Printer’s Alley?

Byron Hill and Wil Nance:Printer’s alley has always been a bit more of a tourist attraction. The songwriter shows are usually in other more intimate settings. I personally have only played a songwriter show in Printer’s Alley once.

HottyToddy.com: What age group will enjoy your Oxford performance the most?
Byron Hill and Wil Nance: All ages really, because our hits span about three decades.

HottyToddy.com: Last but not least, where have you not performed that is a dream or goal to do so and why?

Byron Hill and Wil Nance: There are many stages we’d like to perform, especially theaters, where people can listen and enjoy without too many distractions.