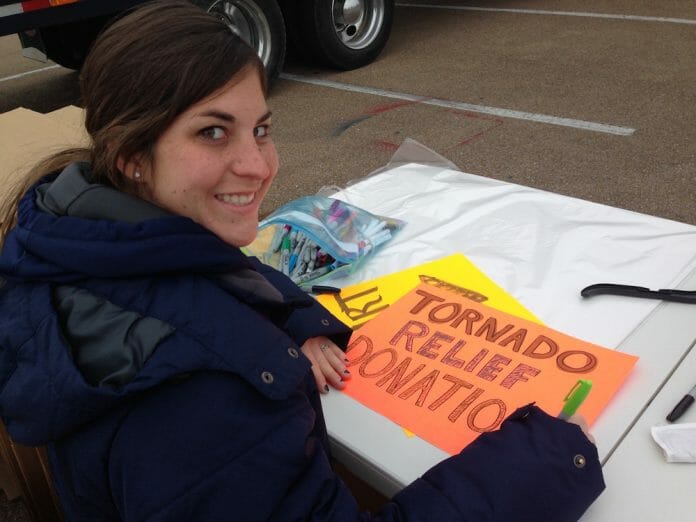 A devastating EF3 tornado touched down in Columbia, Mississippi, a few days before Christmas, leaving behind widespread damage and five confirmed fatalities, three near Columbia and two near Laurel. The reported 165 MPH winds ravaged 108 homes and 43 businesses in the area and left people to pick up the pieces of their lives after the devastation.

Jennifer Saxon, Assistant Athletic Director for Student Athlete Development at Ole Miss, and a host of her peers were out in full force Saturday morning in the Walmart parking lot until 5 p.m. collecting donations for the Columbia Tornado Relief.

“Two days before Christmas, Columbia area was hit by a tornado,” Saxon said. “Our athletic director (Ross Bjork) had a great idea for us to try and figure out how we could be of some assistance to the people in that area after their terrible loss. We came up with this idea to collect donations of canned goods, water, diapers and toiletry items and drive them down to Columbia.” 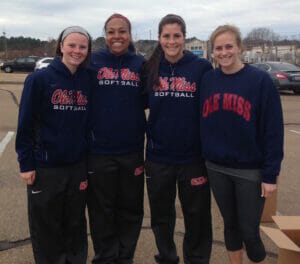 Saxon said they reached out to a group in Columbia who were coordinating relief efforts to come up with a list of items that were vitally needed for the area. The list was handed out to people in the parking lot to pick up items as they shopped.

“We also waited a little longer after the initial donations had stopped,” she said, “because we wanted to make sure that we sent the truck down to Columbia full. We wanted to collect as much as possible to help them now, even though it’s been about a month since the tornado happened.”

Saxon said the Saturday event in the Walmart parking lot was actually their second time in collecting donations; they had also received items the Wednesday before at an Ole Miss Basketball game. 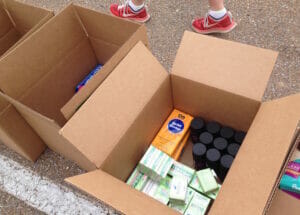 “We received a very nice amount of donations at the game,” Saxon said, “and we’ve also been purchasing items. We actually have a student athlete who is from the area and a staff member as well. We just want to give as much as we possibly can to assist.”

Saxon said the student athletes were going to choose a date and then drive the semi-full of donations down to Columbia to deliver the items.

“We’re also going to hopefully participate in some clean-up efforts and help in any way we can,” Saxon said.