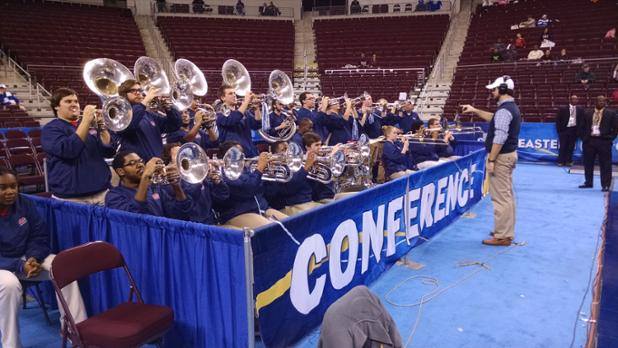 The South has been hit hard by winter weather in the past two weeks, and the Southeastern Conference isn’t the most adjusted to traveling in it — but we are a family willing to help each other even in the face of competition. 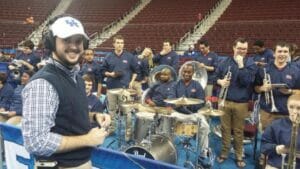 Thursday night, the second round of the SEC women’s basketball tournament tipped off in Little Rock, Arkansas, but some important parts of the game were unable to attend. The University of Georgia and University of Kentucky pep bands couldn’t make the trip, so the Rebels and Razorbacks helped out teams who needed a fan base so far from home.

“I’m a Mississippi State grad,” Kentucky coach Matthew Mitchell said. “It’s hard for me to compliment Ole Miss. But I do tonight.” 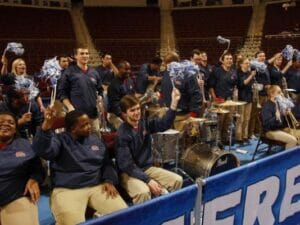 The Pride of the South stepped in for Wildcat pep band, waving blue and white shakers, screaming for Big Blue Nation and supporting a rival team as they defeated the Vanderbilt Commodores. Arkansas’ band played for the Georgia Bulldogs in their win over Missouri with similar gusto as if supporting their own alma mater.

“We were very, very grateful and appreciative,” Mitchell said. “Those young folks in the band showed up with a lot of enthusiasm for our team. That’s really, really admirable, commendable.”