The Mississippi Department of Agriculture and Commerce regulates and promotes agricultural-related businesses within Mississippi. It’s an important office and requires a strong voice and deep commitment from the person directing it. Cindy Hyde-Smith is that person.

Hyde-Smith grew up in Monticello, Mississippi in Lawrence County, which is about an hour south of Jackson. Always the tom-boy, she enjoyed horse-riding, farming and driving the tractor growing up, with a special love and passion for horses.

“I always craved to be on the back of a horse,” Hyde-Smith said. “That was so much fun to me. And my cousin, Ronnie Hedgespeth, had horses and he’s actually the one that introduced me to them. He had a big red gelding, Comanche, that he would always let me ride. And that’s where I fell in love with horses.”

Hyde-Smith said her parents had a large vegetable garden when she was growing up filled with butter beans, peas, corn, squash and many other fresh vegetables. Just as she had an innate love for horses, that same kindred spirit was there when it came to Mother Earth.

“I loved working with the soil,” she said. “And it taught me a deep appreciation for the farmer and farming. You grow your food, feed your family and farmers grow the food to feed America. That garden and that concept all those years ago really began my journey into agriculture. Farmers really do feed America.” 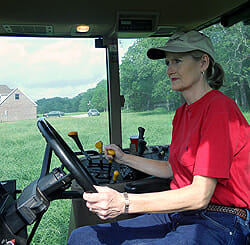 Hyde-Smith graduated from the University of Southern Mississippi in Hattiesburg with a Bachelor of Science Degree.

She fell in love and married her husband, cattle farmer Michael Smith. Hyde-Smith said that she knew he was the one because he tithed and could saddle his own horse.

After college, Hyde-Smith lobbied Capitol Hill on transportation and health care issues for many years.

“I traveled a lot, including many trips to Washington D.C. At 39 years old, I knew I wanted a child,” she said. “My husband and I decided that I would quit my job, have a baby and run for the state senate. We did all of that in one year.”

Their daughter, Anna Michael, was born and when she was five weeks old, Hyde-Smith began to seriously talk to her husband about running for the senate. 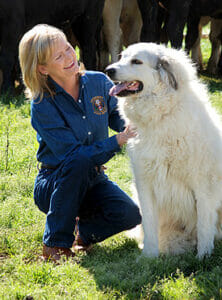 Hyde-Smith campaigned hard and won the senate race, serving three terms before leaving office to run for Ag Commissioner. The first four years as senator she was a member of the Ag Committee and her next two senate terms, she served as chairman.

Hyde-Smith loved her position in the state senate and had no plans of running for Mississippi Agriculture Commissioner.

“Being Ag Commissioner was not on my radar at all,” she said. “I loved everything about my job in the senate. It wasn’t like I didn’t want to be Ag Commissioner; it just wasn’t something I had thought about. I spent 12 wonderful years in the senate, but when the sitting Commissioner decided not to seek reelection and I was about to qualify to run for my senate seat again, I was approached by several people I admired and trusted about running for Ag Commissioner.”

Hyde-Smith and her husband talked and prayed about it, and resolved it was the right step for her. Before the qualifying deadline, she decided to run for Mississippi Commissioner of Agriculture and Commerce.

“And I felt this peace settle over me, as though straight from God, that this was what I needed to be doing,” Hyde-Smith said, “because my true prayer has always been to be in the center of God’s will.” 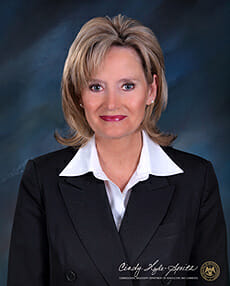 Today, Hyde-Smith is happily fulfilling her mission as Mississippi’s Agriculture Commissioner and is the first woman to hold that position. She took office in 2012 and takes her duties very seriously.

“The Department of Agriculture is a regulatory agency,” she said. “One of the many important things we do is weights and measures. All the scales in the state of Mississippi are calibrated by the Department of Agriculture. So, at stockyards, timber yards and grocery stores; we calibrate those scales. Also, all of the petroleum in the state is regulated by our department. We calibrate over 80,000 gas pumps every year.

“And of course, we work very hard to give our Mississippi farmers every opportunity with our different programs, such as our Farm to School program, where we support our farmers and try and make sure the school districts are buying from local farmers when they can. We try and give our farmers as many markets to sell their products to as possible. We have the Farmer’s Markets throughout the state and if they’re going to be certified, they have to do so through our department. And these are just a few of our department’s responsibilities.”

Hyde-Smith is also chairman of the Mississippi Fair Commission and oversees the state fair and the large Dixie National Rodeo.

Hyde-Smith and her husband, Michael and daughter Anna Michael, live in Brookhaven, where they raise beef cattle and are partners in a family-owned business, Lincoln County Livestock.

Hyde-Smith is the first female Ag Commissioner in the state and the second in the entire United States to be elected.

“I had a few concerns when I qualified to run for this seat,” Hyde-Smith said. “I wondered if Mississippi was ready for a female Ag Commissioner. When it came to agriculture; I couldn’t help but wonder if my being a woman would be an issue. But it wasn’t. There were very, very few people who even mentioned it. It’s been wonderful. There are so many issues that concern farmers that they need a voice, a strong voice, and it doesn’t matter whether that voice comes from a man or a woman, as long as it’s sincere. And mine is; I have a definitive love for our farmers and all they do. I love what I do tremendously and it’s an honor to serve the state of Mississippi.”

In her office, Hyde-Smith believes in reaching out to farmers everywhere and the Delta is no exception.

“I have reached out to so many Delta farmers to serve on committees and they have just stepped up because they’re so knowledgeable,” Hyde-Smith said. “They’re some of the brightest and smartest that agriculture has from any state. They have been very helpful to me. And I hope that I have been helpful to them, because when we’re down here regulating a lot of the chemicals and things that they use in their operation and they have to follow state guidelines; I want them to find this department and those guidelines reasonable. We try to have a seat at the table for everybody before we come up with guidelines that are going to affect our farmers.”

Angela Rogalski is a HottyToddy.com staff reporter and can be reached at angela.rogalski@hottytoddy.com. This story first appeared in the Delta Business Journal, a publication owned by HottyToddy.com contributor, Scott Coopwood.