‘The Shack’ by Shane Brown

I told a friend today at lunch that I was going home after work to clean up Dad’s writing cabin that he called “The Shack.” He called it that before he even started building this place. It’s a really cool shack. A hell of a shack…

He had planned to write here, write at Tula. He would’ve been able to remove that note from his typewriter that said “Think of Tula.” He wouldn’t have to think anymore about Tula. He would have had these windows cranked opened with candle flames dancing off these red bright walls from being on window panes or flying from a roped chandelier. He would have heard these crickets and frogs sound like they were on top of his shoulders screaming in his ear. His truck would have been parked on the levee with the radio blaring a Robert Earl Keen song or a Cary Hudson; two of his homies talking to him and playing their beautiful guitars over the pond’s calm. Smoke from an ashtray would have curled and twisted to the pitched ceiling while keyboard buttons were clicking. The clicking would stop for a drag or two, or a peek through the opened windows to see the moon glowing off the pond water. That’s the only thing that would have stopped. All the other joys would have continued. He’d been sitting right here where I am right now matching words and sentences; making “good guys” have tough times. The ones he did with Joe or Bobby Blanchard. Or, the heart throb if you were lucky enough to whisper in her ear, Fay. This place spoke to him and it does me too. 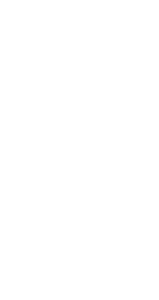 I came home and changed out of my work clothes; put on “Tula” clothes which consist of broken cowboy boots, blue jeans, an old t-shirt, and a baseball cap. My plans were to go straight to the writing cabin and clean but I didn’t. I drove down to our place and went over to my brother-in-law’s pontoon that’s parked here by the barn and lifted some water off the tarp that drapes it. I got finished with it and left. I pulled my little black Toyota out of here and went to Yocona, my brother’s. For the last couple of days I have been trying to get him to listen to a Chris Stapleton song and I knew the only way I could catch him would be when he would be milking his cows. I also knew that I could put off to cleaning out the writing cabin.

I finally make it back over here and park the truck in front of our cabin as it’s turning close to nightfall. I walk in and cut radio and lights on. I make my way out the back door onto the porch and look out over the pond at Dad’s writing cabin. Country life sounds are starting to gather as the bugs and frogs start slowly singing. The outside speakers are perfect sound with them. I ease my way down the steps and cut on kitchen pavilion lights. Tula is awake now and so am I. I stroll across the levee and look at its beauty. I step over dried up leaves and pine needles and take my time. Trees are starting to bloom and shade will soon block the sun from our eyes. The bright green blooms are exciting to look at with also the pollen footing on the banks of the pond. I finally make it to the bridge to cross and I look up at two signs; the handmade one that’s above the bridge that says The Shack and the chilling one where the door to Dad’s writing cabin, that is always closed, is standing wide opened. 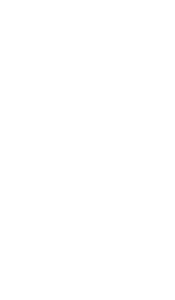 Shane Brown is a HottyToddy.com contributor and the son of noted author Larry Brown. Shane is an Oxford native with Yocona and Tula roots. Shane is a graduate of Mississippi State University and works as a salesman for Best Chance. He has two children — Maddux, age 9, and Rilee, age 7 — and makes his home at “A Place Called Tula.” He can be reached at msushanebrown@icloud.com.