The Mississippi Flood Futbol Club completed a successful opening tournament for the spring 2016 season this weekend in Memphis, Tennessee at the Blues City Soccer Blowout this weekend. The MS Flood had 11 teams participate in age groups ranging from U9-U18 in both girls and boys divisions.

“As the club has continued to grow, its success has continued,” said Chuck Trost, Director of Coaching for the only all D1 soccer club in north Mississippi. “One goal as our club has grown was for the quality of soccer to maintain the same level,” added Trost. “I believe we are accomplishing this, and kids all over north Mississippi are joining our club. There is a lot of interest in playing D1 soccer and our club is offering a great opportunity for kids who choose to play competitive soccer.”

The Blues City Soccer Blowout had over 210 teams from 12 states participate this past weekend at Mike Rose Soccer Complex.

“We opened our tournament against a team from Chicago in one age group and St. Louis in another,” said Coach Jamie Perkins. “This tournament was very competitive.”

“My teams are continuing to improve. Their hard work is paying off,” said Tim Murphy. Coach Murphy and his wife Abby are coaching boys from the Academy age group up to the U12 level. 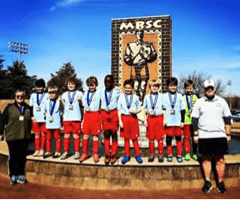 Coaches Tim and Abby Murphy with the U9 Boys Champions! 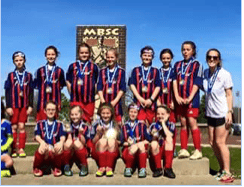 Coach Melanie Webb with the U10 Girls Champions! 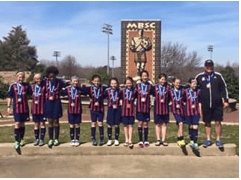 Coach Chuck Trost with the U11 Girls Champions! 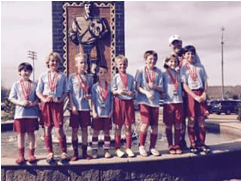 Coach Tim Murphy and the U10 Boys Finalists! 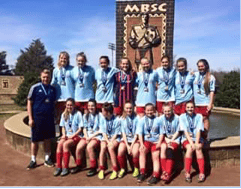 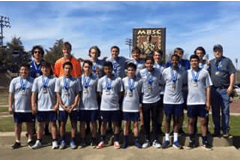 Coach Macon Humphreys and Manager Bob Brown with the U19 Boys Champions!

Coaches Norman O’Connor and Donnie Sellers and the U14 Girls Champions! 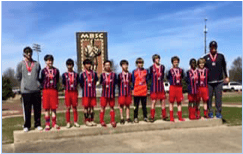 Coaches Jamie Perkins and John Ward and the U12 Boys Finalists!

“The U14 girls bracket was strong and half of our team is U13, so I am pleased,” said Coach O’Connor. “This team is developing some chemistry and I look forward to seeing how they continue to grow.”

The Mississippi Flood Futbol Club is north Mississippi’s Premier Soccer Club. The club practices at the Oxford Lafayette Sportsplex. If you have a child interested in playing competitive soccer, please contact director@msfloodfc.com. Join the Flood!