The opera will show at 11:55 a.m., and will last for 220 minutes at the Malco Oxford Commons Cinema. 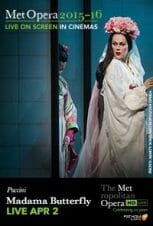 “The opera takes place in the Japanese port city of Nagasaki at the turn of the last century, at a time of expanding American international presence,” Metopera.org said. “The title character of Madama Butterfly—a young Japanese geisha who clings to the belief that her arrangement with a visiting American naval officer is a loving and permanent marriage—is one of the defining roles in opera.”

On March 26, the Malco Theatres hosted two premiere parties for adults and families. 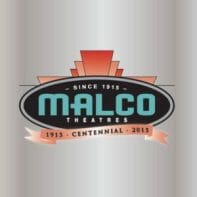 According to Director of Marketing, Karen Scott, each theatre party had door prizes. At the Commonwealth Boulevard location, each person had the chance to win free Insomnia Cookies at the “My Big Fat Greek Wedding 2” release party. There was a special ticket under each seat, and the winning ticket holder received free Insomnia Cookies. At the Jackson Avenue location, children were encouraged to wear their favorite super hero costume.

Among the festivities, the Malco Oxford Studio Cinema theatre accepted donations to benefit the Boys and Girls Club of Oxford, Mississippi.

“Batman vs. Superman: Dawn of Justice” and “My Big Fat Greek Wedding 2” are currently still playing at the Malco. Visit malco.com for movie times, tickets, locations and events.

Hannah Pickett is a intern for hottytoddy.com. She is currently a student at the Meek School of Journalism and New Media at Ole Miss. Hannah can be reached at hannah.pickett@me.com.

Emily Newton is a staff writer for hottytoddy.com, and the editor of Experience Oxford magazine. She can be reached at emily.newton@hottytoddy.com.