Helping his daughter, like any good parent does, Dunn also supports her sorority, Tri Delta.

A part from supporting the Greeks, Dunn also does his handy work around Ole Miss. You can see him below hanging things on the wall for his daughter. Great dad award!

Nonetheless, Dunn can still “boot scoot boogie” across the stage when it’s time for the stage curtains to come up. In fact, he represents Ole Miss there too! 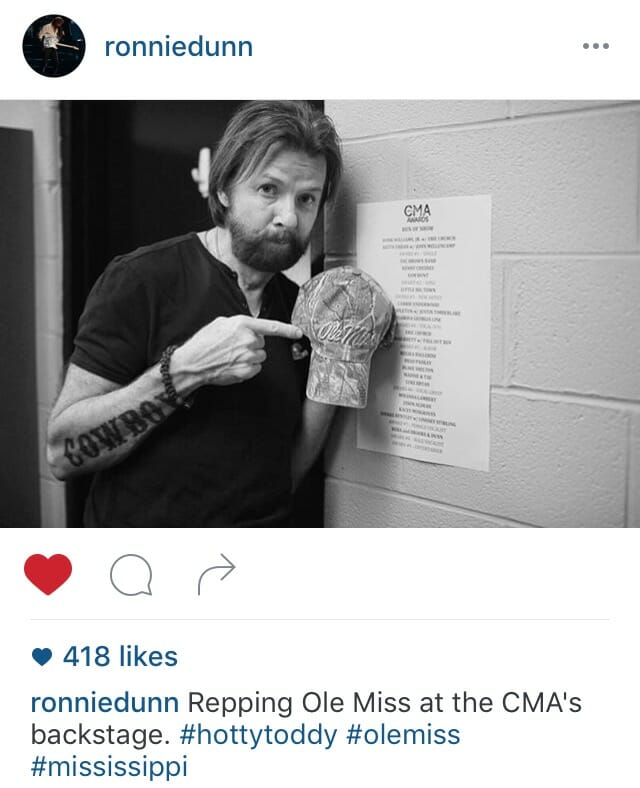 Even Dunn’s “look alikes” sport Ole Miss attire when they imitate him on stage. For example, Branson, Missouri, entertainer, Clay Cooper, was spotted wearing an Ole Miss t-shirt given to him by another Ole Miss parent, Vickie Newton, recently. When Cooper came out on stage to sing a popular Brooks & Dunn song, he wore the bright red Ole Miss t-shirt in true Ronnie Dunn style! If you are in the Branson area, go check Clay and his entire cast at the Clay Cooper’s Country Music Express. 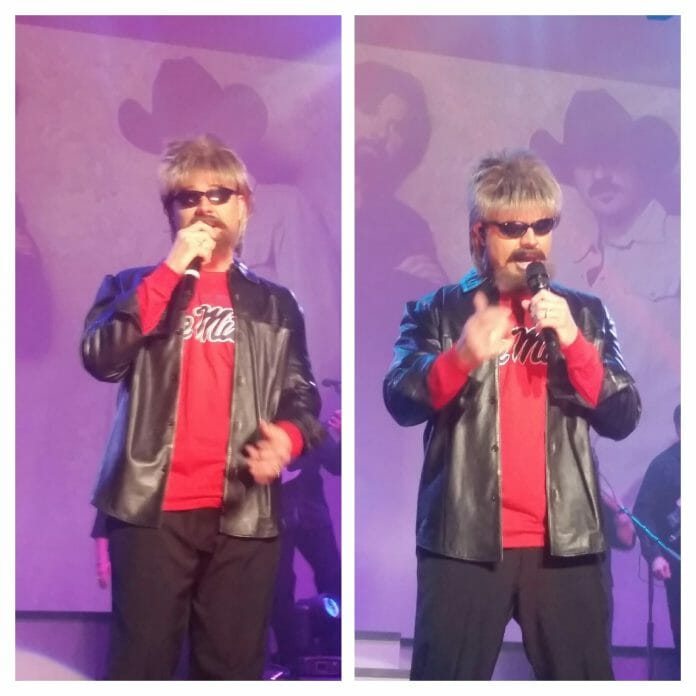 Ronnie Dunn’s support of Ole Miss just shows how the beloved college can draw even the biggest of the stars into its charm and culture. Other stars like Katy Perry, Shepherd Smith, Russell Crow, Morgan Freeman and Vince Vaughn have all also expressed fandom or support for Ole Miss. We may be from a small area, but we have a big impact! Hotty Toddy!

Emily Newton is a staff writer for hottytoddy.com and the editor of Experience Oxford magazine. Emily can be reached at emily.newton@hottytoddy.com.