Next week will see the electronic release of radio singles from the new album “That Wuz… The Mo’ tet” followed closely by the release of the full-length versions available only on CD.

The recording, which was previously thought lost, was scheduled for release on Jeff Callaway’s long-delayed debut solo album before being given its own separate release in conjunction with Hill Country Records.

Regarding some possible confusion among fans, CD producer Jeff Callaway has released this update:

“As many are aware, I’ve been trying to release my first solo album for several years, and now finally, instead of trying to cram 10 pounds of… stuff into a two-pound bag, cooler and wiser heads have prevailed, and the album “By Landlord’s Request” has been split into two separate albums. 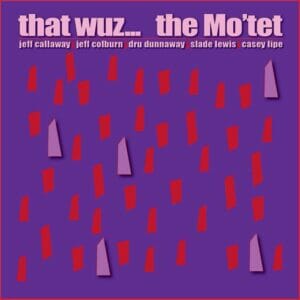 The album “That Wuz… the Mo’tet” will be released sometime next week, and will feature four full-length cuts of almost 40 minutes of catfish jazz available only on CD, while shorter internet radio singles will be available for download everywhere.

Fans can stay updated on our new page at www.facebook.com/thatwuzthemotet/ or jeffcallaway.net.”

Callaway said, “I apologize for the delay, but I can assure everyone they’ll be happier with the final product.”