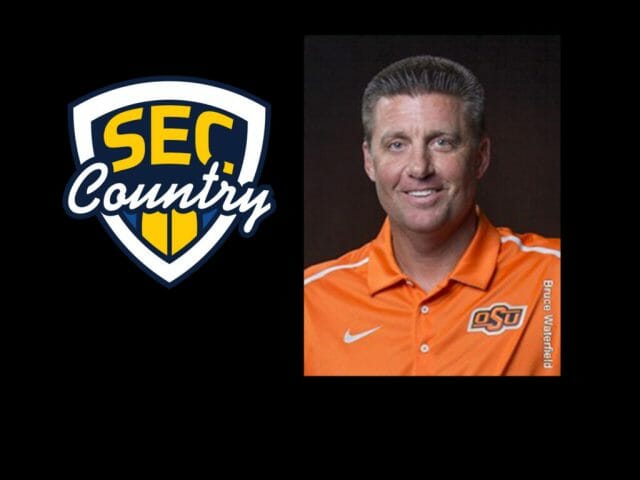 by Connor Riley
Mike Gundy very well remembers the 2016 Sugar Bowl his team played in. The Oklahoma State Cowboys got thumped by Ole Miss, 48-20.
But now with the new round of Ole Miss allegations, and a one-year bowl ban as well, Gundy seems a little upset about the game.
In speaking with Bill Haisten of the Tulsa World, Gundy alluded to the fact that Ole Miss had an advantage because of some of the violations was “not fair”.
“We’ll never know what we could have done in the Sugar Bowl if it was a level playing field,” Gundy Bill Haisten. “That is the truth. I’m not sure we would have won the Sugar Bowl, but we’ll never know.”
“We didn’t all play by the same rules,” Gundy said. “If everybody is playing by the rules and you get your butt kicked, that’s OK. I can live with that. But when it’s an uneven playing field, that’s not fair.”

The Sugar Bowl was the highest achievement to date for the Rebels under head coach Hugh Freeze. The win capped off a 10-3 season. It was also the final game for a number of key Rebels, including the likes of Laquon Treadwell, Robert Nkemdiche and Laremy Tunsil.
Of course, maybe Gundy is just really upset that his team let Tunsil catch a touchdown pass.

Gundy and the Cowboys went 10-3 in the 2016 season, while the Rebels went 5-7. Gundy’s team was also under an NCAA investigation back in 2013,  but after the investigation, accusations made about the state of his program were largely unfounded.