Review: Recollections in Jane Stanley's Memoir Are "Bright, Colorful and Twisted by Sadness"

November 1, 2017
0
1095
Book Review: “Jane,” by Jane Stanley. Nautilus Publishing.  288 pages.  $17.95.
The cover of “Jane,” by Jane Stanley, shows the author in her preaching garb: blue vestments, pectoral cross and bright floral stole—a cheerful red-headed woman, flanked by photos of her family. Stanley currently ministers in the Nourishing Place, a church she founded in her home town after a prayerful exchange with God: “The answer seemed so loud I was sure it had actually been spoken. ‘Go home to Gulfport, and your church is under your feet.’”
This memoir starts in Gulfport and ends in Gulfport. In between, it runs a reckless zig-zag course across Mississippi and as far afield as Venice. Stanley writes of having gone through five marriages, endured four divorces, borne four children, earned two doctorates, and followed a dozen professions: “teacher, principal, restaurateur, clothier, writer, publisher, stable operator, curriculum specialist, fundraiser, consultant, entrepreneur, and minister.”
Perhaps because she has been so many things, Stanley has an eye for characters. Her recollections of childhood are bright and colorful and twisted by sadness, as if “To Kill A Mockingbird” were littered with car wrecks, divorces and deathbeds. 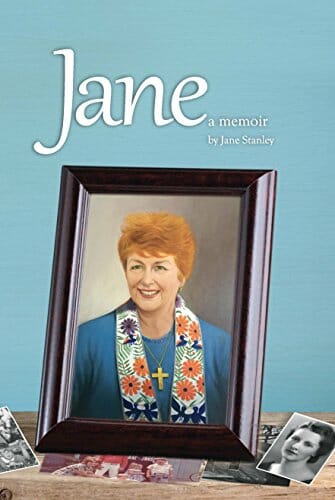 As she recounts, Stanley has buried her parents, uncle and older sister; flirted with the crew of an Italian liner on a girlfriends cruise; gone through bankruptcy; been committed to a psychiatric rest home; and been stalked by a rogue ATF agent. She has received a handsome pen-and-pencil set from a tough wards-of-the-court high school class who broke into cigarette machines to pay for their teacher’s gift. She has had one son tell her “I’m gay” and visited another son in prison. During a stay in Scotland, she felt a kinship with Mary Queen of Scots: “She was tall and red-headed. She was not domestic. She loved horses. She had an affinity for husbands who did not suit her, nor her them.”
From Gulfport, Stanley moved north to Starkville and then to Oxford. Some readers may remember Stanley as a Lyceum aide (those were her fundraiser days) and the ex-wife of the late Ron Borne. Others will know her as the mother of Nautilus Publishing chief Neil White. She recalls the Beacon, where Willie Morris might stroll in, disheveled and hung over but impossible to beat at Trivial Pursuit, and Taylor Grocery, where James Dickey showed his bad temper.
Throughout her passages of life, Stanley picks out a spiritual theme. She lists the churches she has attended: Baptist, Methodist, Episcopalian, Scottish Kirk, Roman Catholic, and apostolic evangelical. All of these she rejects as too bounded “by creeds and dogma.”
For her own part, she explains, “I am akin to the early believers known as Celtic Christians who saw God and the risen Christ in all of life and a spark of the divine in all human life. When I know, feel, and understand an Almighty Presence within me and all around me, I am secure in a cocoon of spiritual and emotional safety. And in those moments, I am transformed.”

There is also an admonition that Stanley quotes, from a fierce preacher lady who barged through her door to deliver messages from God: “Don’t you worry. When things go awry just keep your mouth shut and pray.” But Stanley has not been one to wait for God. She is a hard-preaching pastor who rode out Hurricane Katrina in 2005 and ten years later held a funeral for the storm: “While others were holding remembrances and publishing special editions, we wanted to put that bad girl to rest.”
The author’s former boss, Ole Miss Chancellor Emeritus Robert Khayat, writes that “Jane Stanley experimented, explored, won, lost, and ultimately prevailed.” That description fits, admirably.
Allen Boyer, the Book Editor of HottyToddy, is a native of Oxford.  His book “Rocky Boyer’s War,” a WWII history based on his father’s wartime diary, was recently published by the Naval Institute Press.
Facebook
Twitter
Pinterest
Previous article
Living Out Loud with Alley and Amanda: Special Guest Natalie Stanfield
Next article
Oxford Park Commission Wins Three First-Place State Awards