As Oxford’s preeminent folk historian, John Cofield is practiced in the distinctly Southern art of storytelling, but he doesn’t need a porch and a rocking chair to pull a crowd. For the past six years, he’s used Facebook—and a stunning collection of photographs that depict the people and places of his home town’s rich and colorful past.
Now Cofield, the scion of one of Oxford’s most illustrious families, has taken on a more traditional medium with the publication of his new book, “Oxford, Mississippi: The Cofield Collection.”
Cofield will sign copies of the book, a pictorial history of Oxford, at The Chancellor’s House at 5 p.m., Monday, Oct. 16. A second signing will take place at 3 p.m., Saturday, October 21 (before the LSU game), at the Meek School tent in front of Farley Hall.
Cofield is the son of the renowned University of Mississippi photographer, Jack Cofield, and grandson of J.R. “Colonel” Cofield, who was William Faulkner’s personal photographer as well as the photographer for the Ole Miss yearbook for many years.
Cofield said “the seed for (the book) was planted” after he created a personal Facebook account in 2011.
“I began to post Cofield photographs from decades gone by, and the reaction from today’s Oxford was almost overwhelming,” he said. “Having grown up with these photographs on the studio walls and in boxes and drawers at home had led to my brother Glenn and I taking them for granted in a way.”
But his Facebook friends couldn’t get enough of them. “The instant, positive responses online from all walks of Oxford life made it obvious that the interest was there, and it was strong,” he said.
Before long, HottyToddy.com publisher Ed Meek sought Cofield’s help in building up the site’s Facebook page, “If You Love Oxford and Ole Miss,” on which Cofield shared more of the photos, much to the delight of the account’s followers. 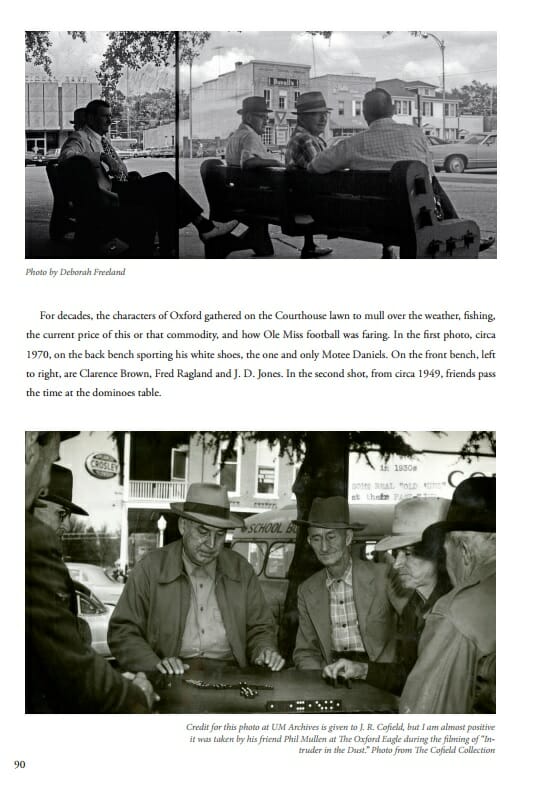 Fans flocked to Cofield’s personal Facebook page, too; his friends list has topped out at Facebook’s maximum allowed number of 5,000. And, some of them had old photos of their own to share.
“When old Oxford families began scanning and emailing their family photos, I was onto something,” Cofield recalls. “As the collection grew larger and larger, I knew that an ever-increasing number of the photos were solid gold for old and new Oxford alike. At the same time, Ed was constantly encouraging me to write stories about Oxford’s and Ole Miss’s history. He (often said) reading my stories reminded him of my grandfather’s stories from his Oxford days. Ed pushed me harder at times than I wanted to be pushed. Now I am more than grateful for the practical education he was determined to give me.”
Meek said he was happy to play a role in getting the book off the ground.
“John’s grandfather, Colonel J.R. Cofield, was my mentor at age 22, and his father, Jack, was my coworker and best friend for 30 years,” Meek noted. “John is an absolutely wonderful storyteller from a long line of Cofields, who certainly passed down this great gift in his genes. He has created a unique history of this area, perhaps unequaled anywhere else, through photos, interviews and contacts with people who love Oxford and have an attachment to this community.”
Meek added, “What makes ‘The Cofield Collection’ unique is the heart, soul and love of community that’s seen on each page. It’s awesome and has been years in the making.”
In addition to his own family’s pictures, “Oxford, Mississippi: The Cofield Collection” features photos from multiple local sources, including the Dain, Meek and Leslie collections. Archie Manning, Miss America 1960 Lynda Lee Mead, James Meredith, a young and glamorous Patricia Lamar, and, of course, Faulkner himself make appearances in the book, alongside old men whiling away the hours on benches and playing dominoes on the Courthouse lawn. 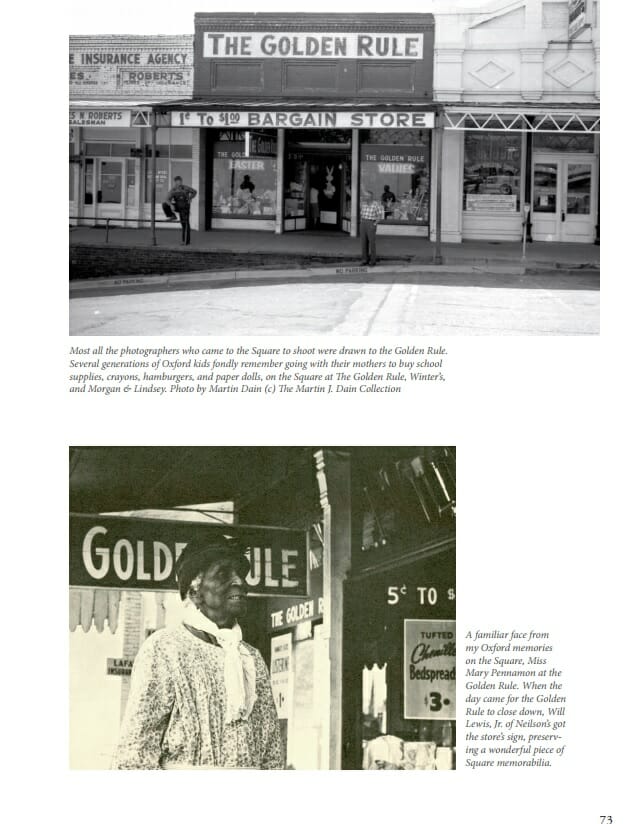 The text, meanwhile, relates Oxford’s history as seen through the author’s eyes, told in Cofield’s own unique voice. “My book is based on my childhood and teenage years in Oxford,” Cofield says. “The story line is me traveling around town, stopping at the places I loved as a child. I might be on horseback with General Grant riding down North Lamar in 1862, or riding my bike around the Square in 1970, or walking with William Faulkner back to Rowan Oak after the 1949 world premiere of ‘Intruder in the Dust.’ At many stops, I take the reader through the site’s history from pre-Civil War until today.”

Rick Hynum is editor-in-chief of HottyToddy.com. He can be reached at rick.hynum@hottytoddy.com.
For questions or comments, email hottytoddynews@gmail.com.