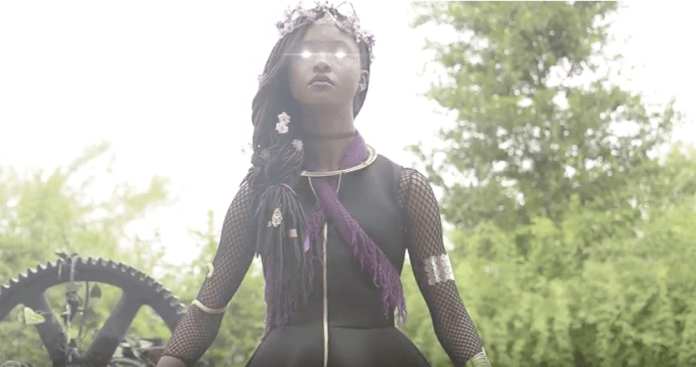 The owner of a Natchez brothel and a Spanish potter in Yocona are among the subjects of four Mississippi-based films to be featured at this year’s Oxford Film Festival (OFF), which runs Feb. 7-11.
OFF this week released information on the first wave of films to be shown at the upcoming event. Updates will follow here on HottyToddy.com.
Tickets, weekend passes and VIP passes for the festival, which celebrates its 15th year in 2018, are now on sale here.
The festival will also bring a special work-in-progress screening of Cassidy Friedman’s “Circles,” co-presented by the Mississippi Humanities Council, and will feature the winners of OFF’s inaugural screenplay competition and the Artist Vodka contest as well as this year’s recipient of the Magnifying Glass Fellowship.
A micro-short film, under the working title of “Dear Mr. Bryant,” will also have its world premiere at the Oxford festival. Robbie Fisher, winner of the Magnifying Glass Fellowship, and co-director Jenni Smith will screen the film, in which Mississippi religious leaders share their informed and heartfelt thoughts on why Governor Phil Bryant should not have signed H.B. 1523, viewed by many as anti-LGBTQ, into law.
This year’s festival showcases four Mississippi-based selections:
In “Mississippi Madam: The Life of Nellie Jackson,” Timothy Givens and Mark K. Brockway tell a story that’s practically legendary in southwest Mississippi. Jackson was an African-American woman, born into poverty in a place called Possum Corner, who opened a brothel in Natchez. She ran Nellie’s for more than 60 years with the full knowledge of local police and officials until the establishment came to a fiery end one hot July night in 1990.

Frances Causey’s “The Long Shadow” features two daughters of the South who look beyond their white privilege to discover the troubling and hidden history of their area, exposing the long, powerful reach of southern politics.
Jeff Dennis’ “The Process: The Way of Pablo Sierra” tells the story of a potter, baker and horseman who was born in Spain, attended Ole Miss on a track scholarship and lives in Yocona. Sierra is known for mixing his hand-dug clay in a grinding mill powered by his horse.

Meanwhile, Friedman’s “Circles” tracks a Hurricane Katrina survivor and pioneer of the Restorative Justice movement working in Oakland, California, schools to keep black teenagers on track for an education. When his son is wrongfully convicted of a crime, he suddenly finds that his personal and professional lives collide. After this film’s screening, Friedman and film subject Eric Butler will lead a discussion sponsored by the William Winter Institute for Racial Reconciliation.
Liam Hendrix Heath’s “Nation Down” won the festival’s Artist Vodka competition. It depicts a nightmarish world controlled by a manipulative king who risks his rule in a warped bid for companionship. Heath will receive a grand prize of $5,000 along with a trip to Oxford for the festival.

Tracy S. Facelli’s “Favorites” looks at a man who copes with the sudden death of his wife by eating the dessert—his favorite—that she made for him before she died. It was a runner-up in the Artist Vodka contest.
The festival will also feature live table readings of the winner and runner-up of OFF’s first screenplay competition.
Winner John Matthew Tyson received $1,000 and a free trip to Oxford for his screenplay for “Twirling at Ole Miss,” as well as mentorship from John Norris, producer of such films as “Get On Up,” “The Help” and the upcoming “American Pain.”
Runner-up John Bateman’s “Not Everything Was Burning” will also be featured in the table read.
Anyone looking to book a trip to Oxford for the film festival can receive a $50-per-night discount at three hotels as well as a $75 discount on a VIP pass here.