From the End Zone to the Pulpit, Why Jason Cook Made the Change 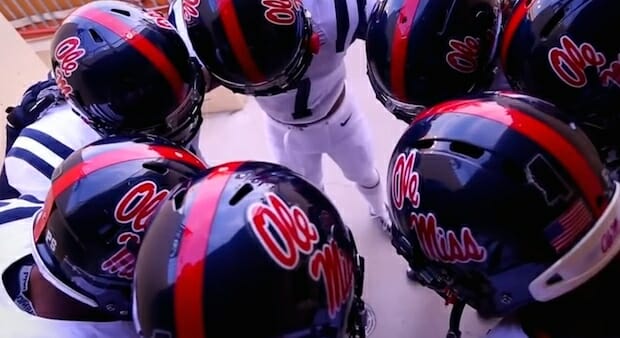 In the fall of 2009, Baltimore Ravens fullback Jason Cook was living his dream. He graduated with a double major in English and education from the University of Mississippi, and he was drafted by the NFL. It was everything he had worked for and yet, there was something missing.

Cook played for the Rebels from 2004 to 2008 and during his senior year, Rebel nation was on a roll. Houston Nutt was in his first season as head coach, they had shutout the Bulldogs in the Egg Bowl, and the Rebels travelled to the swamp to become the only team that beat Tim Tebow’s Florida Gators that year. 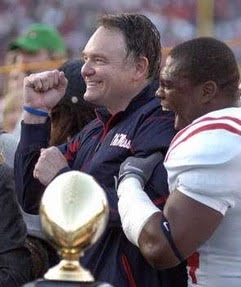 “I have two favorite memories from the 2008 season,” Cook said. “When we beat Florida in the swamp was one of my favorites memories. When Kentrell Lockett blocked the field goal that would have sealed our defeat, we knew we had a chance. After that win, we partied on the field, and the locker room was euphoric. The other memory was when we beat LSU in Death Valley. Two years earlier we lost there, so to hear the silent stadium amidst our ecstatic fans was an epic experience.”
After that season, Cook was drafted to the Baltimore Ravens where he spent his entire, but quite short, NFL career before realizing he had a different calling for life.
“When you dream of your life, generally you look to money, power, fame or sex to be the item you pursue for life satisfaction,” Cook said. “For me, I saw the NFL as the pinnacle of achievement and the one thing that would make me ‘special.’ And it was, for a time. But the crystallizing moment for me was scoring a touchdown against the Falcons and realizing the great ruse that was my ‘dream.’ It was disappointing, to say the least. So I had a decision to make. I could stay in the NFL, make a lot of money and be wholly unsatisfied and miserable, albeit rich. Or, I could give my life to something that I was called to and that truly satisfied me, walking in obedience to Jesus Christ.”
“So, I quit,” he added. “I walked away. And it was the best decision that I had made up to that point.”
After leaving the NFL, Cook enrolled in seminary at Samford University where he earned a masters degree in divinity. From there, he began to work with multi-cultural congregations in Birmingham, Alabama and helped to build the Iron City Church, a contemporary church with an ethnically diverse congregation. Creating a congregation that mirrors the diverse culture of the Bible is important, Cook said.
“When I look at the Bible, it is filled with jacked up people from jacked up backgrounds in jacked up situations,” Cook said. “And yet, when I read it, I find this beautiful picture of unified diversity. One that does not truncate ethnic origin or background, but celebrates it. A place where men and women are free to be their whole selves, and not a muted version of it. In short, all of scripture is geared toward God inheriting a multi-ethnic, cross-cultural bride. I am convinced of this, and I’ve given my life to it.”
While creating and growing the Iron City Church, Cook also found happiness in his personal life when he married Courtney, who he met while in seminary school.
“My wife, Courtney, and I have been married for five years now,” Cook said. “We were introduced to each other through a former strength and conditioning coach at Ole Miss. We are blessed with two beautiful babies. Charlie, our daughter, is four years old and Cager, our son, is two years old.
In 2016, Cook and his family relocated to Memphis where Cook became associate pastor of Fellowship Memphis Church. At Fellowship Memphis, Cook is a preaching pastor, meaning he travels to the four different campuses that the church has to preach sermons. He also creates classes to teach aspects of the faith in a smaller and more intimate setting.
“Our hope is to build a multi-ethnic faith community, growing in Christ’s likeness, that takes the gospel to the ends of the earth,” Cook said. “I would argue that in our current moment in America, the true multi-ethnic church is a God-ordained institution to die to preferences, cultural supremacy and other forms of marginalization. In short, the multi-ethnic church, empowered by Christ, is the hope of the world.” 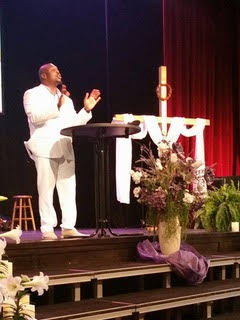 Through his experience on the field, in the classroom and in church, Cook has become a true leader and teacher of the faith that he believes so fully in. For young athletes who continue to pursue their dreams, Cook also has advice for them.
“Be excellent and don’t take any short cuts,” Cook said. “When it comes to competition, those who do their job and do it better than anyone else are the true leaders on a team. No matter how difficult or self-sacrificial, be excellent. For in that excellence, you’ll find a great joy as well as the flourishing of your team. But when you find your career to be over, be sure that you have not found your identity in being a football player. You are so much more than that. Your worth, dignity and humanity do not rest in how you perform. That derives from something greater, something higher. His name is Jesus.”